When it was announced that Brad Pitt and Angelina Jolie were getting a divorce, the world was left shocked. The divorce is now final, but the two remain embroiled in a legal custody battle, and as such, some messy history between the famous couple has been made public. Jolie has accused Pitt of spousal abuse, and in newly filed court documents claims she — and her kids — are willing to provide “proof” of it all. Pitt, who already has a strained relationship with his son Maddox, is reportedly “heartbroken” by Jolie’s accusations and more than anything is worried this will cause a rift between him and his other children. 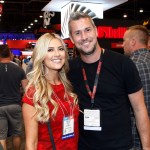 “Brad is heartbroken that Angelina has gone that route. There’s a lot of emotion left after their marriage,” a source told Page Six. In the months that followed Jolie filing for divorce, news came out that there had been a violent incident involving Pitt and his son Maddox while on a private plane in 2016.

The same source tells the outlet that Pitt “has taken responsibility for his actions and owned up to his past issues” and that he has stopped drinking. They added, “The marriage was very passionate and toxic at times and — like all couples — they had fights, but also shared many good times together.”

While Pitt has talked about his problems with substance abuse, it should be noted that shortly following the incident with his son in 2016 the Los Angeles County Department of Children and Family Services conducted an investigation and cleared Pitt of child abuse allegations. Of Jolie’s claims, the source shared that “Brad and his camp has never attacked Angelina. But his camp feels this leak was calculated to sway opinion ahead of the conclusion of their trial.”

In the end, the insider says, “Brad feels like he’s being more and more isolated from his children, and he’s devastated about it.”

Before you go, click here for all the celebrity splits and divorces we never saw coming.