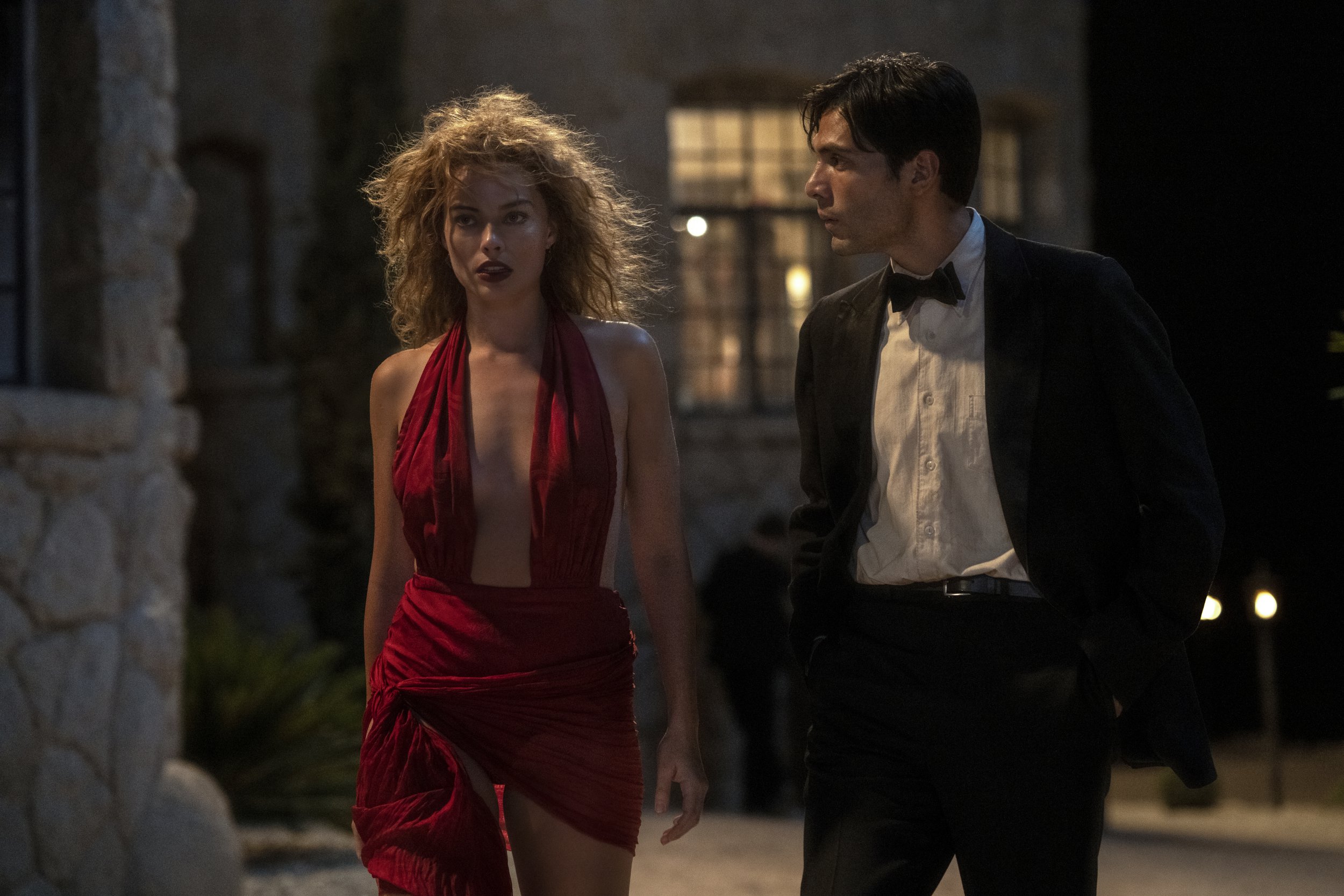 Director Damien Chazelle’s latest movie Babylon, an homage to the seedy underbelly of the Golden Age of Hollywood – featuring Brad Pitt and Margot Robbie – was clearly designed to provoke its audience.

Scenes like that won’t be to the taste of many cinemagoers, but Chazelle must be commended for going all out in his depiction of the excesses and tragedies during a time of great turbulence for the American film industry as it transitioned from silent pictures to sound.

This period has been tackled before in movies (Hollywood loves nothing more than Hollywood), most notably the classic 1952 MGM musical Singin’ in the Rain.

Although clearly a massive inspiration here once more for Oscar-winning writer-director Chazelle, who paid a lighter homage to it and many other classic movie musicals in La La Land, Babylon is almost the anti-Singin’ in the Rain.

Alongside the lovingly referenced struggles of Jean Hagen’s spoiled silent movie star Lina Lamont to capture sound dialogue in that film by Robbie’s starlet Nellie LaRoy here, you can hardly imagine Debbie Reynolds vowing to shove some cocaine into a rather intimate place or Gene Kelly waking from a drunken stupor to head straight to set, before getting completely sozzled again at work.

It may seem outlandish – and in the years afterwards as the Motion Picture Production Code was implemented, Hollywood became far more adept at tidying up after itself, hushing scandals and keeping on the right side of newly-installed censors – but plenty of it is pulled from enduring, near-100-year-old gossip and urban legend, if not fact.

A lot of this could be read as indulgence, particularly in the context of a sprawling, three-hour-plus film but Babylon is going to be a major part of the 2023 cinema discussion, and one audience members are unlikely to want to miss out on, even if they don’t personally love it.

It’s already performed disappointingly in the US, bombing at the box office, but managed to pick up a handful of Golden Globes nominations and win one, for best score.

The years of research, dedication and passion for his subject that Chazelle has poured into Babylon are not contributions to be sniffed at either.

After admitting the movie’s ‘X-rated’ nature had ‘shocked’ her when she first read the script, she added: ‘I really do think, whether you love it or hate it, this movie is going to be required viewing in every film school for decades.’

It could be argued that the film contains content shaped around shock for shock’s sake, particularly some rather stomach-turning projectile vomiting, weirdly reminiscent of Hot Tub Time Machine.

The more gently bred of film purists may take issue, too, with leading man Jack Conrad’s (Pitt) suggested take on the famous ‘Frankly my dear, I don’t give a damn’ line from Gone with the Wind.

You’re also unlikely to forget what producer Manny Torres (Diego Calva) is exposed to by the sinister McKay in ‘the Blockhouse’.

Sometimes these additions can feel a little manipulative in their sensationalism, and they are bound to turn off some audience members, but Babylon is simply living up to its name.

Although in reality a place of huge cultural and intellectual significance as part of ancient Mesopotamia, Babylon is now known by many as a by-word for sin, depravity and excess due to its negative portrayal in the Bible.

The concept of Babylon has also been linked to Hollywood before.

Several of the claims from Kenneth Anger’s infamous scandal-stuffed ‘exposé’ Hollywood Babylon – first published in 1959 and later banned in the US for a while – are clear inspirations for this Babylon.

Even though plenty of the stories have since been denounced or dismissed as warped or exaggerated version of reality, they endure, and the film even opens almost immediately with a nod to one of Hollywood’s biggest scandals of the 1920s, involving successful screen comedian Fatty Arbuckle and the death of aspiring actress Virginia Rappe after they partied together.

So, it’s established that perhaps Babylon is not for the faint of heart. However, Chazelle’s ambition is to be applauded, as well as his dedication to shining a light on the darker side of Hollywood history, encouraging modern-day cinemagoers to delve into some of this themselves, and appreciate how movies got to where they are today.

The writer-director was keen to expose the brutality of a cut-throat business that could easily leave its brightest stars behind if they couldn’t hack it.

‘Hollywood underwent a series of rapid and at times seemingly cataclysmic changes in the ‘20s, and some people survived, but many didn’t. In today’s terms, we’d call it disruption,’ Chazelle has said of his inspiration for the movie.

‘You look at what these people went through, and it gives you a sense of the human cost that accompanied the kind of ambition that attracted so many people to Los Angeles at that time.’

Chazelle is also careful not to shy away from the overt racism of the period, showing Lady Fay Zhu (Li Jun Li), a character inspired by the pioneering Anna May Wong, struggling to gain a foothold in Hollywood.

Black jazz trumpeter Sidney Palmer (Jovan Adepo) is also shown as being beckoned into the spotlight once sound comes to cinema thanks to his talent, only to be humiliated in one of the film’s most uncomfortable but powerful scenes due to Hollywood’s unwillingness to rock the boat in the segregated South.

Babylon is very much a celebration of how far cinema has come in the past century, tipping the hat to all those who innovated in decades before such as real-life figure, MGM producer Irving Thalberg (one of few to appear under their real name in the movie, and portrayed by Max Minghella).

The US performance of this film shouldn’t deter film fans in trying out the dubious delights of Babylon, divisive though it may be.

From Metro.co.uk’s own five-star review to other critics labelling it, in turn, as ‘truly monstrous’, ‘an ambitious mess’ and ‘insightful’, Babylon is going to strike up some heated debate.

Babylon is in cinemas now.