Games Inbox: Will Sonic Frontiers be any good? 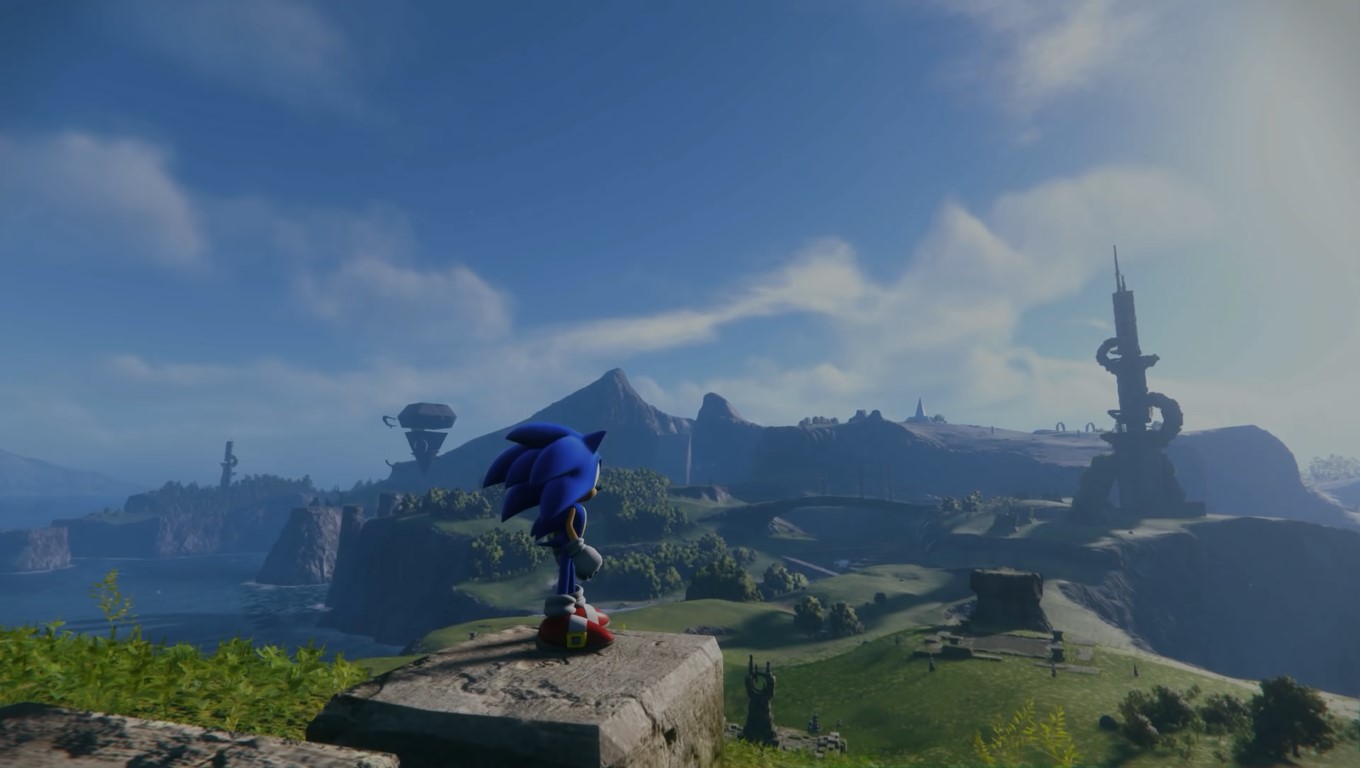 The Tuesday letters page is surprised EA has changed its mind on single-player games, as one reader hopes for a Skies Of Arcadia remaster.

The One
So we’re getting close to the launch of Sonic Frontiers and I’m having a lot of trouble imagining it’s going to break the Sonic the Hedgehog cycle. I saw the devs saying that it’s nothing like Zelda: Breath Of The Wild, even though they clearly designed it to look as much like it as possible (for some reason!). So that backtrack just a few days before it’s out is kind of worrying.

I’m generally against acquisitions but I do wish that someone would buy both Sega and Konami (yes, I know Sega is owned by another company and Konami make lots of money with gyms or something). Both of them are sitting on a mountain of amazing retro games and characters and they’re doing absolutely nothing with it.

Who would be willing to bet against Nintendo being able to make an amazing Sonic game on their first try, if they bought Sega?

I know it’s not going to happen, but I feel it’s the only hope at this point. I really don’t think Sonic Frontiers is going to turn out to be any good and then we’ll be right back to hoping the next one is the one that turns it all around.
Grackle

Two unlikely options
Am I the only one that thought nothing about that Metal Gear Solid 3 remake story made sense? It was either someone hacking their YouTube channel, which I have never heard of happening ever before, or they uploaded a tech demo someone else made and pretended it was a teaser for their game? Neither of those things sound likely at all.

I have to say though that I would lean slightly towards it not being a hack. I think this developer, who I have never heard of before, took it upon themselves to do the marketing, totally messed it up, and took it all down once they realised. So… probably we are going to get some kind of announcement at The Game Awards?

I still wish they’d revamp Castlevania though, they’re doing this all backwards. Also, why Metal Gear Solid 3? Why wouldn’t you start at the beginning?
Camber

GC: We didn’t understand it either.

One at a time
So one of the big mysteries in gaming at the moment is why Sony hasn’t announced anything new in ages and what exactly they’re waiting for. I don’t know the answer to that, obviously, but as an example it is now blatantly obvious that they’re working on a new Uncharted.

Now why wouldn’t Sony announce that around the time the movie was coming out? Or at least when it hit streaming? Again, I don’t know the answer, but I think the overriding question is are they going to announce all their unknown games at once or one at a time?

Given how many there must be at the moment you’d think they’re building up for a massive blow out but that doesn’t seem to be the fashion right now with publishers. I think there’d be max of two at a time, and perhaps a few smaller ones at the next State of Play. More likely it’ll be their big reveal at The Game Awards and that’ll be it for another few months.
Broadcast

Fantastic news
Interesting to see EA trying to expand beyond just being the FIFA company (or EA Sports FC as it will be next year). I don’t really understand what changed their mind on single-player games though. As far as I can see it was Star Wars Jedi: Fallen Order, but I never thought of it as being that big. But whatever, I enjoyed it and it seems to have woken someone at EA up. That or they were eyeing how well someone else was doing – Sony perhaps, with all their exclusives.

If all three of these Marvels games are predominantly single-player that certainly will be a turnaround for the company and one I hope other companies follow. A good single-player game will always sell, as long as its published at a sensible time of the year, with not too much competition. A multiplayer game has so many hurdles and may never find an audience.

I think it says a lot that, traditionally, publishers always go with the all or nothing bet rather than the low risk, medium reward one.

Anyway, curious to see what the third game is. I wonder if it might be the Fantastic Four and previous rumours about that being Amy Hennig’s new game might have got their wires crossed at some point.
Newton

Mini open break
I quite often get open world fatigue and take a break from them. One thing I enjoy though is an otherwise linear game having a little open world section weaved into them. I really enjoyed exploring downtown Seattle in The Last Of Us Part 2 and Metro Exodus’ mini-open world sections.

The latest is A Plague Tale: Requiem, which has an island to explore and was probably my favourite part of the game with a nice environmental puzzle I wish there was more of in the game. Can’t think of any other games of the top my head though with this sort of section.
Simundo

Big recommendation
Over the weekend I finished a game on Game Pass called Tinykin. For those unaware it is looks like a Pikmin clone from screenshots, but it is more of a 3D platformer/collectathon. You play as a small kid who has been shrunk down to being miniature, Honey I Shrunk the Kids style, who then has to explore huge levels which are rooms in a house, collecting objects to solve puzzles. At first the platforming mechanics felt a little weird to me, but they soon clicked after about 10 minutes of playing it.

It is a game I would highly recommend to any fans of 3D platformers looking for a nice chilled game to play, as it doesn’t offer much in the way of challenge. It is very moreish, going about the levels finding all the Tinykin creatures to complete the puzzles and collecting the pollen pieces. The only frustration I had was having to wait for the Tinkykin to move objects around the level, which was required to progress.

They would sometimes have to cover quite vast distances and it would take them a while on occasion. Not a game of the year contender for me, as I have seen some people say it is, but definitely worth playing and only around six to seven hours long. It was the first full game I had played on Steam Deck via Xbox cloud gaming too and it worked really well.
Angry_Kurt (Twitter)
Now playing: Grid Legends (PS5) and Warhammer 40,000: Chaos Gate – Daemonhunters (PC)

Are you a god?
In reply to Mincemeat’s Ghostbusters game. You got me, I’m sold. XCOM style gameplay with a Ghostbuster spin on it sounds like a no brainer to me. Ah, we can dream!

[Clasps hands together in prayer.]

Dear gaming gods I have never asked for Inbox magic ever, ever. Please make this happen.
Smokin_Monkey

Legacy edition
Very saddened to hear of the passing of Reiko Kodama at such a young age. Presumably cancer? I’m so surprised that Sega sat on the news for long – was there an assumption that there were no Western fans of her work? Bizarre.

It is really well past time that we at least got a port of Skies Of Arcadia to the Switch, if not the new consoles. A quick search at the time of my writing this shows me that the GameCube version can be picked up for £30 – but both that and the Dreamcast original can go for way more than that!

Sega are really bad when it comes to preserving their legacy, almost Konami bad, but come on, guys – let’s not leave one of Kodama’s most famed works in the dust like that!

I know I can only speak for myself, but I would have bought it yesterday.
DMR

GC: They didn’t say what she died of.

Inbox also-rans
Understood it’s a busy time (and only going to get busier) but any chance of a Star Ocean or Victoria 3 review?
Michael

GC: Star Ocean should be very soon, perhaps even today. We’ll have to see about Victoria 3 though.

It’ll be too late for Halloween now (unless it pops up before you receive this) but will you be reviewing Saturnalia? It looks very creepy and also has an incredibly unique graphical style. I’m definitely tempted to pay the relatively small asking price!
Crunkle (PSN ID)

GC: It’s never too late, except when it is.