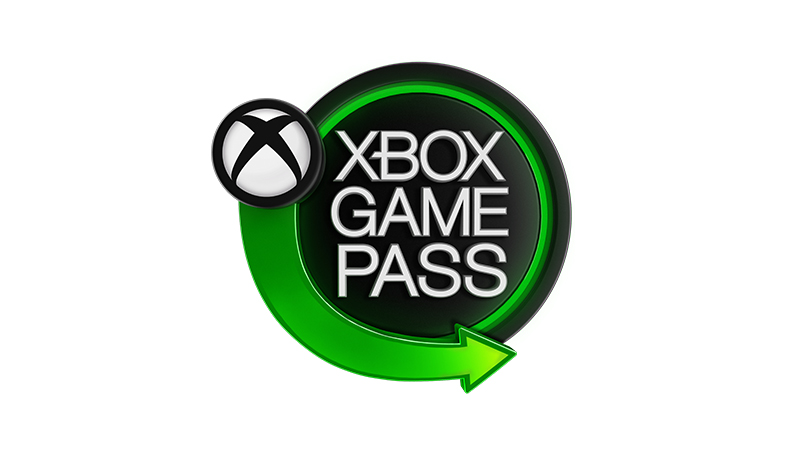 The Wednesday letters page has a mixed response to the success of High On Life, as one reader celebrates 35 years of Phantasy Star.

PLEASE NOTE: We’re currently preparing our content for over Christmas and the New Year, which will include several Reader’s Features. So if you have an idea for an article you want to write, about any gaming related subject you like, now would be a great time to submit it, at the email address below.

Costly experiment
Some interesting commentary about Game Pass in the last few days and I’m glad to see the idea of it being the ‘best bargain in gaming’ is no longer being parroted without at least some reflection. Clearly you do get a lot for your money, although for how long remains to be seen after hints of a price rise and having to compensate with an ad-based tier.

For me though the whole concept holds little appeal. I’ve spent more time pondering which games to download than actually playing them. Not because I’m indecisive but because there’s rarely any games I actually want to play. If there were I’d probably have bought them already.

The fact that High On Life has been the biggest Game Pass game of 2022, and the biggest third party launch ever, says a lot more about Game Pass than it does the game, I feel. If Microsoft had major, high quality, exclusives coming out every few months then perhaps the situation would change but I don’t see that happening any time soon.

As far as I’m concerned Game Pass is an unsuccessful experiment, one that only exists only because Microsoft has more money than sense. I think it’s becoming clear now that Sony not trying to copy it was a very sensible decision.
Winston

Expensive year
I have to agree that Sony’s priorities at the moment seem pretty… skewed. So far we have two pieces of very expensive hardware being released early next year (DualSense Edge and PlayStation VR2) and now hints of something else that could very well be the PS5 Pro.

I’m as big a PlayStation fan as the next guy but I can tell you I haven’t got the money for all that, or even some of that, and yet not only is Sony pushing it all out but they seem to be doing it at the expense of new games, not alongside them.

Just what is Sony planning to release next year and why won’t they say? All we know about is Spider-Man 2 in the autumn but surely they have something out before then? Surely a ton of somethings? No?
Woaton

Battery power
Not that I had any intention of buying a DualSense Edge but would it not be any idea to make a new version of the standard controller that purposefully has more battery life. I’m sure they could squeeze a bit more juice out of the original one if they just turned off all the lights, which never seem to serve any purpose.

The DualSense is great in every sense but more than once I’ve sat down to play a game and found out that I’ve only got a few minutes of power left on it, and I really can’t be bothered to go to all the trouble of plugging it in to charge, especially as it doesn’t really stretch where I have it.

The Switch Pro Controller might not have any bells and whistles but its charge lasts for literally days and to be honest that’s far more convenient to me than haptic feedback, or whatever those triggers are called, that no game uses properly anyway.
Paulsen

Forgotten birthday
Not an anniversary I expect to be celebrated by Sega, or not in any way I’d like to see but it’s the 35th anniversary of Phantasy Star this year. As innovative as it was I feel the online games have forever pigeonholed the series as mindless co-op game but the original were easily Sega’s best role-playing games and I’d love to see them return as a big budget reboot.

They’ve brought back a number of action franchises recently, that they’ve given to indie developers to make, so I’m sure they could find someone to make a new Phantasy Star on a low budget. Then if that’s a success they can think about doing the big budget epic I used to imagine back in the Mega Drive days.
Clambake

Pros and cons
Nioh 2 is bloody hard work surrounding a great combat engine. I like the game and dislike it in equal measures.

Too many multiple button combos to be remembered in an instant, in my opinion. It’s not bloated, it’s gargantuan.

I’ll soldier on for a while but I doubt I’ll have the patience to see the end of it. FromSoftware have the right idea: no combos, just measured, tactical decisions.

Then you have all the hoovering up of all kinds of rubbish which, my fault I know, I just have to pick up and then deal with.
Chevy Malibu (PSN ID)

Free at point of service
I’ve recently been a regular reader of the Inbox and it’s great to see many different opinions openly shared. However, as yet, I have never seen anyone provide an alternative to the common refrain that Games Pass is ‘excellent value for money’ and given two letters that make this point I thought now might be the time!

I personally have struggled to see the value in Games Pass, to the extent that I bought a Xbox Series S two years ago whilst I was waiting for PlayStation 5 stock, and whilst I had a great first three months catching up on all the games I’d missed, I have only paid for one extra month since, to play A Plague Tale.

The main issue for me is probably the lack of long-form and AAA games. This is linked to the dearth of Xbox exclusives but also, I fear, a fundamental issue with subscription services. Games, especially long narrative games or open worlds, are expensive to make in time and cost. On the other hand, people’s tastes vary, and a subscription service must provide a wide selection of games.

These two are opposed, and I suspect that the success of any subscription service (including Game Pass) is to favour smaller games that are cheaper to produce and quick to finish. This is even more pronounced if you realise that most people have really limited time to play games, and spending months playing one game on Game Pass is unlikely to be considered good value.

The PlayStation model, for all its many faults, seems a nice compromise to me: the delay in releasing exclusives on PS Plus still provides a market for the production of expensive games whilst enabling subscriptions for those who can wait.

I’ve also noticed that it’s a widespread narrative to see Game Press games being described as ‘free’. This seems the same common logic that encourages people to drive everywhere as it’s ‘cheaper’. In both cases this is only true if you ignore the cost of the infrastructure, either in the subscription or in insurance, petrol, VED, and maintenance (to labour an analogy). Everything is free when you’ve already bought it!

Long live Games Pass and more gaming for all, but I hope it’s not the only future of gaming.
Kris

GC: You make a good point and it will be interesting to see if High On Life changes Microsoft’s approach, as they may now be wondering what success they’ll see with a single-player game that has more universal acclaim.

Low on scores
In regard to Sheev’s letter in regards to High On Life, and critics reviews of the game in general.

I’d advise players go try it for themselves if they have Game Pass. It is very good. The user reviews and critic reviews are quite different. And I’m glad it’s popular.

I haven’t had an issue with the guns feeling underpowered. I actually find it laugh out loud funny at times, and think it looks and plays great on Xbox Series X.
Matt

Value for time
I think the reason Game Pass isn’t universally popular is pretty simple. It’s just that people don’t all consume in the same way. It’s a totally valid argument that a couple of full priced games each year would pay for a full year of Game Pass but what if there’s more excitement for those couple of games? Plus, gamers have big backlogs of games they actually chose to own, and they’re regularly attracted by constant good sales on top of all that. It can be hard to see where a subscription service fits in.

Value for money hasn’t really been a big issue in gaming for me recently, but value for time certainly is, and hundreds of games at my (likely often instant) disposal probably wouldn’t help with that.

Good games at ‘day one on Game Pass’ is a big differential but most of the best ones so far have been downloadable and/or indies, and you’re maybe looking at the difference between paying a few quid when it comes to just permanently owning the game.

As an example, Hollow Knight cost me £11 and I spent over 60 hours on it (easily more than a month of my gaming, to the exclusion of everything else). The news that Silksong is a day one Game Pass game is a big nothing to me unless it’s going to cost substantially more than its predecessor or I’m already paying for Game Pass anyway, as it’ll potentially be cheaper to buy outright if I want to play it fully.

Once there are more AAA killer apps on day one it’ll be harder to ignore. With the number of big studios Microsoft now owns, they could eventually manage a big new game added every few months and each dev would still have the luxury of a long development cycle for each title.

It’s mainly a question of settling into that pattern and, obviously, maintaining consistently high quality output. Easier said than done but I think most of the pieces are just about there to make it work.
Panda

Inbox also-rans
I appreciate that Which? report about the Switch Joy-Cons but it’s about five years too late. Did one of their kids suddenly get one for their birthday or something, and they suddenly found out about the problem?
Johnson

I would just like to say that I didn’t understand any element of your story about the G-Fuel Mighty Poo. I mean, I understand what it is I just don’t understand why anyone would want it for free, let alone pay for it.
The Wizard