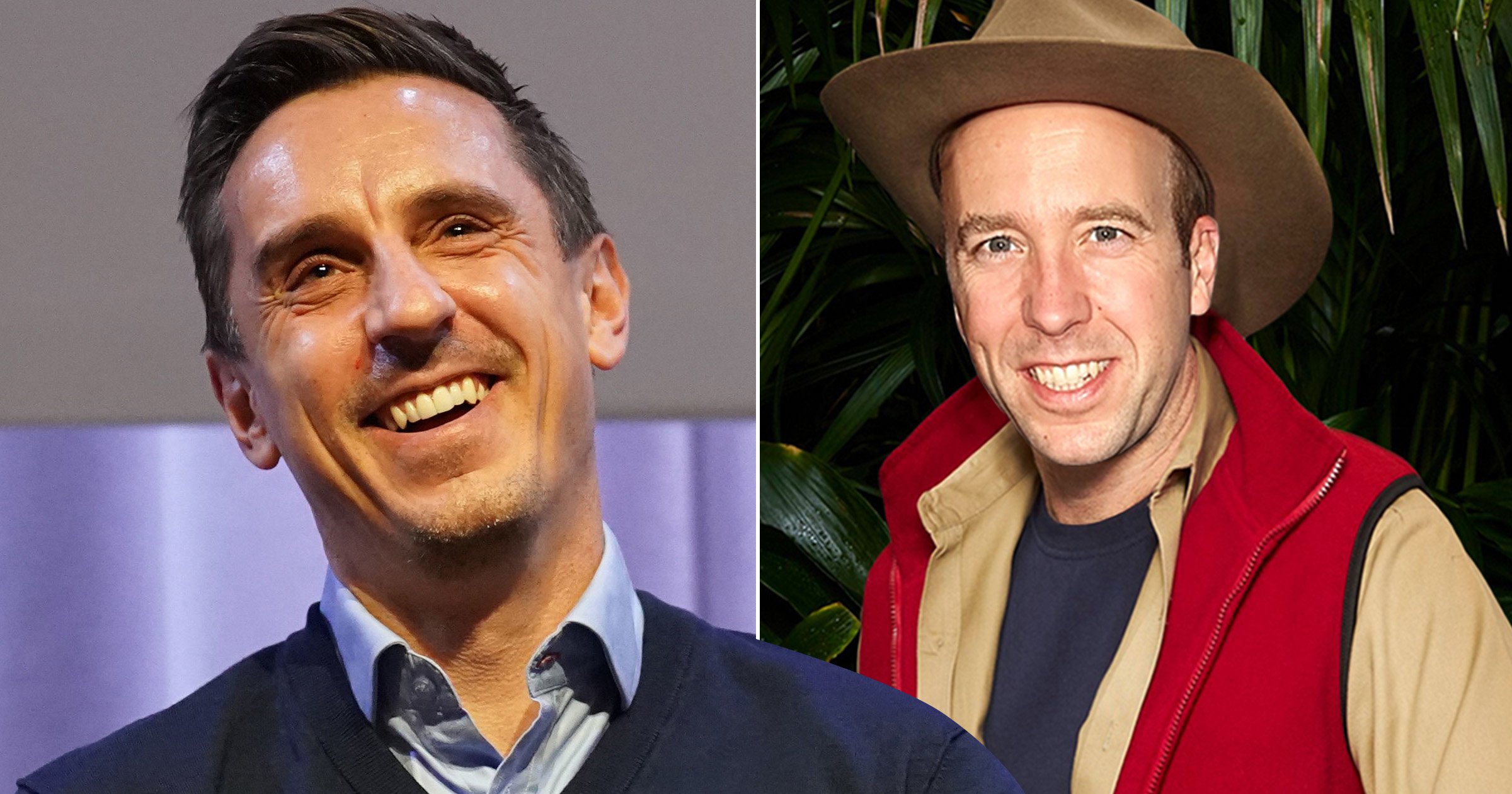 Matt Hancock’s I’m A Celebrity… Get Me Out Of Here! signing has attracted nothing but criticism, with Gary Neville being the latest star to crack a joke at his expense.

The former health secretary will head into the Australian jungle as a late arrival, with other famous campmates this series including Chris Moyles, Sue Cleaver, and Mike Tindall.

Following the announcement of his appearance on the much loved ITV show, Hancock was suspended from the Conservative Party, as filming for the show takes place more than 10,000 miles away from his constituency.

The politician didn’t exactly garner a legion of fans amid the height of the Covid pandemic, causing fury by breaking his own social distancing rules when kissing an aide during lockdown.

He was also accused of not doing enough in his role to help the vulnerable from the virus, such as elderly people in care homes.

Referencing his string of scandals on Have I Got News For You, football coach Neville went right in.

Introducing the discussion (or roast, rather), Neville said: ‘This is the news that Matt Hancock is set to take part in I’m A Celebrity, despite the concern that, if he’s chosen to be camp leader, he might just leave the older campmates to die.’

After earning a series of whistles and uncomfortable laughs from the audience, Neville went one better.

‘He currently admits that he doesn’t know much about the show, so when he’s presented with a kangaroo’s a**e, someone will need to tell him that he’s expected to eat it and not grope it.’

Host Neville wasn’t the only one ripping into Hancock, as Maisie Adam asked: ‘Is it possible for him to go one way to Australia, do you reckon?’

Viewers at home were loving the ‘brutal’ digs at Hancock, with one hailing: ‘Fair play to Neville for doing it.’

‘Must say @GNev2 has knocked @haveigotnews out of the park – his Matt Hancock line on NHS was spot on,’ praised another Twitter user.

Fellow panelist Richard Madeley weighed in on why he thinks Hancock is heading Down Under.

‘I suspect his reason is simply that, if he does it well, if he takes takes these challenges on bravely and with good humour, he’ll turn them around, but they’re [families bereaved during Covid] not gonna forget.’

Ian Hislop was quick to jump in, adding: ‘I don’t wanna pick a fight with you, Richard, but you said the phrase, “If Matt Hancock does this well…”,’ which received plenty of laughs in the studio.

Clarifying, Madeley responded: ‘If he actually attacks the challenges, agrees to do it, you know, eats the scorpions and the testicles and the willies and all the rest of it, he’ll get brownie points.’

Although, as fellow stars pointed out, Mr Hancock will get more than ‘brownie points’ if he manages to digest the creepy crawlies of the Australian jungle… he’ll get a right ol’ ‘stomach ache.’

Have I Got News For You airs Fridays at 9pm on BBC One.

I’m A Celebrity… Get Me Out Of Here! launches Sunday, November 6 on ITV.