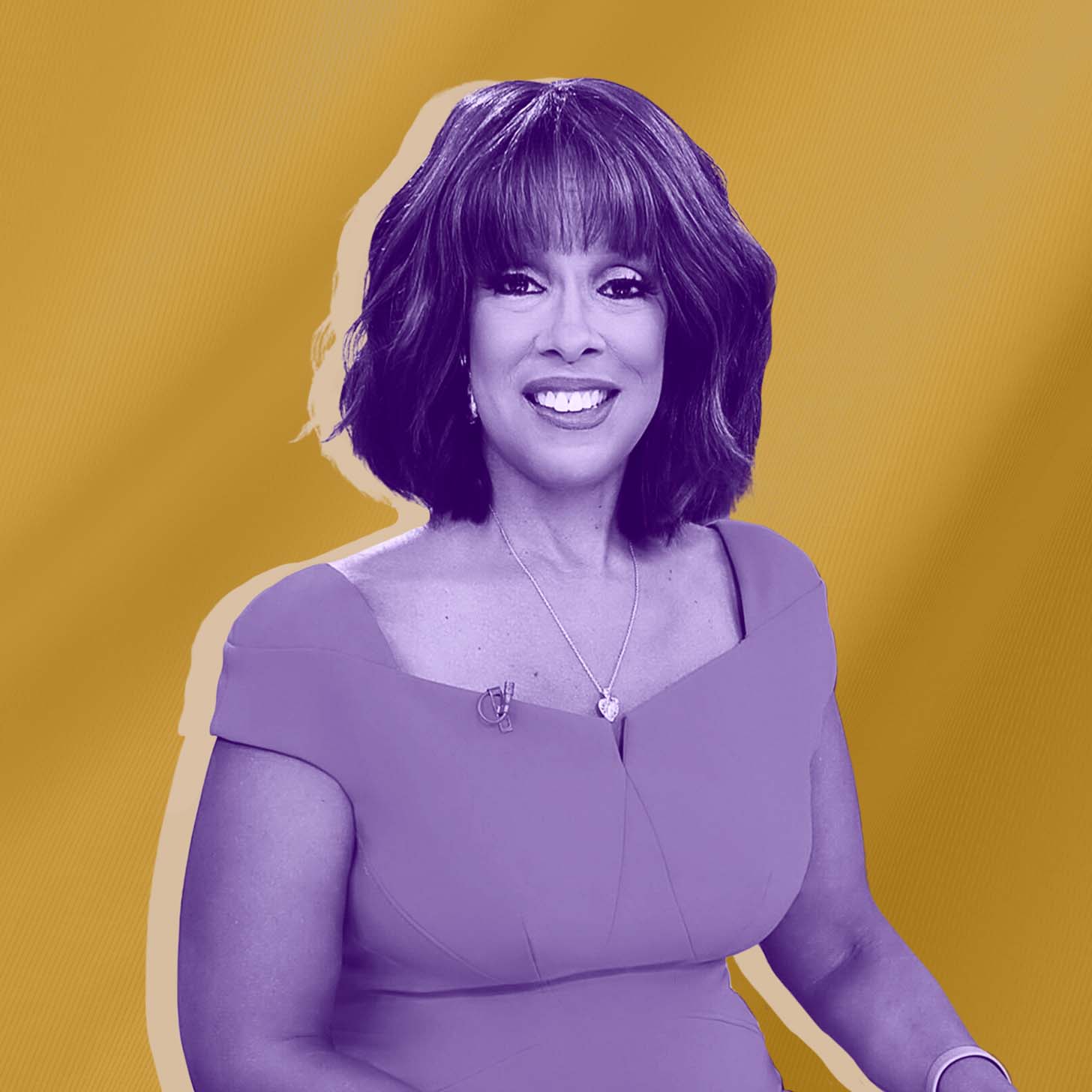 Gayle King is the cohost of “CBS Mornings,” editor-at-large of Oprah Daily, winner of multiple Emmys, and mother to Kirby and Will.

As girls, we’re raised to be nurturers. You’ve got to take care of everybody else. Just about every woman I knew growing up wasn’t their own priority. Everybody was devoted to their partner and their children. When I was watching it, I didn’t think it was a bad thing — I just thought that’s the way it was. And I started out doing that myself, too. I became a full, grown-ass woman before I thought, “You know what? I really do need to figure out something for myself.” Because I would put everybody first except myself. Everybody. And then you realize, “Boy, this isn’t working, either.”

Nobody wants to be told that they’re selfish, unless it’s to help you be a stronger, better person to help others. I love this example that they give on every airplane briefing: take care of yourself first before you take care of your child. Our natural instinct is to take care of the baby first. But that’s foolish, because unless you’re OK, you can’t take care of the baby. I think that’s such a great definition of the positivity of selfishness. When you’re happy with yourself, when you’re happy with the job you’re doing, you’re a better person — period. This makes you a better employee, which means you’re certainly a better mother, which means you’re certainly a better friend. And only you can decide what truly makes you happy.

Still, you certainly feel shamed or judged for pursuing your own goals and dreams when your children are little. People understand if Dad has the business meeting, or if Dad has the business trip. Well, guess what? Newsflash: Mom does, too. I’ve said this many times, but to whomever decides on the school plays with children: please limit the number of plays to two. We don’t need five or six versions of, no offense, off-key singing — and that includes my own child. Also, those endless softball games that go on and on, and you’re made to feel negligent if you don’t go to every single friggin’ game. There’s a gazillion of them! I started thinking, “I just can’t do this — not only can’t do it, I don’t want to!” I also tried making cupcakes because I thought, “Well, they have to be homemade.” Who said that? (This was before I discovered Magnolia Cupcake. I wish I’d had Magnolia back then.)

I think it was good for my kids to see that I was working outside the home and that I was very fulfilled in the job I was doing. I would always say to them, “This is the path I’ve chosen. So-and-so’s mom stays home, and I think that’s great. That works for her, but that would not work for me.” I don’t like that sometimes women pit themselves against one another, like “I stay home with my children. You don’t stay home with yours. That makes me a more engaged, involved parent.” That’s just not true, because, listen: you can have moms that stay home all day and are not engaged with their children.

When I was a single working mom, I wanted to be the first thing my kids saw in the morning and the last thing they saw at night. For the most part, I was able to do that. I wanted to be there. I wanted to work. And I don’t feel like you can only do one and not the other. You drop some balls sometimes, and that’s OK, too. Pick up the ball, and keep it moving.

I didn’t yet have that realization when my children were born. I was still feeling like, “I have got to do everything to make sure that they’re OK.” Then, right around the time I got divorced, I thought, “Why am I killing myself to make these friggin’ cupcakes that aren’t good, anyway? Why am I sitting here pretending that I’m enjoying this when, actually, I’m not?” It’s only when you get older that you realize, gosh, it’s not so bad to put yourself first.

— As told to Lindsay Miller