Geek Out Over Christmas Films 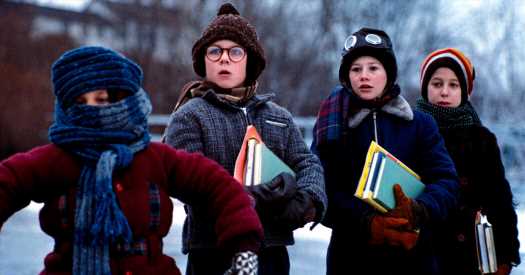 Theaters would normally be packed this time of year with folks assembled to watch revered holiday films like “It’s a Wonderful Life,” Frank Capra’s 1946 heart-tugger usually returns to big screens over the holidays, including an annual weeks-long run at the IFC Center in New York.

But with many theaters now dark, fans in search of a more communal experience have been forced to get creative.

Here are some (mostly) digital ways to expand the magic of classic Christmas cinema right. 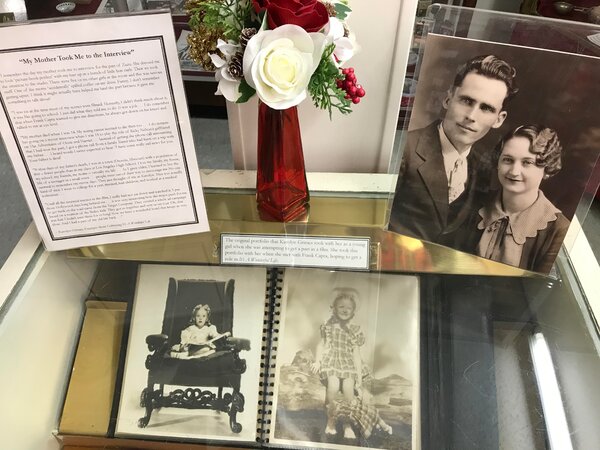 An annual festival goes virtual at the 10-year-old It’s a Wonderful Life Museum in Seneca Falls, N.Y. This year the museum celebrates the 74th anniversary of this treasured film.

Friday through Dec. 13, there’s a jam-packed calendar of online events. Among the highlights is a series of chats with three actors who played Bailey children: Karolyn Grimes (Zuzu), Carol Coombs Mueller (Janie) and Jimmy Hawkins (Tommy). Jeanine Roose, who portrayed young Violet and is now a psychologist, anchors a discussion called “Having ‘A Wonderful Life’ During the Pandemic.” There’s also an “Auld Lang Syne” singalong and an “It’s a Wonderful Life” watch party on Zoom. (Stream the film on Amazon Prime, but for the love of Christmas, avoid the colorized version.)

Comic Con but for Christmas: That best describes this fan convention dedicated to all things holiday, with an emphasis on the sweet-as-candy-cane rom-coms that rule Lifetime and the Hallmark Channel.

There will be online meet-and-greets and chats with several popular actors, including Melissa Joan Hart (“Holiday in Handcuffs”) and Joey Lawrence (“Hitched for the Holidays”). Panels will be moderated by Jacklyn Collier and Shawlini Manjunath-Holbrook, the hosts of the Hallmark Channel’s Bubbly Sesh podcast. Kids can schedule a virtual visit with Santa.

Over 9,000 people attended Christmas Con last year, according to Christina Figliolia, a co-owner of Thats4Entertainment, which organized the event. Figliolia said she planned a digital pivot this year after hearing from fans early in the pandemic.

“We had to go virtual. It just means too much to so many people,” she said.

This 1983 family comedy about young Ralphie Parker and his frenzied quest for a Red Ryder air rifle is the Christmas movie for many families.

For a more immersive experience, the Christmas Story House and Museum, located in Cleveland’s Tremont neighborhood, offers tours and overnight stays in the house where parts of the film were shot. (Mask requirements and other pandemic protocols are in effect.) Its online gift shop will ship fan merchandise like leg lamps and pink bunny suit pajamas.

The museum’s website also hosts a 24/7 online livestream that gives viewers a bird’s-eye view of the house. When a Cleveland snowstorm hits, the camera offers fans an almost cinematic vista.

This year brings two new ways to enjoy this 1954 musical romantic comedy starring Rosemary Clooney, Bing Crosby, Vera-Ellen and Danny Kaye as a group of entertainers who try to save a failing Vermont inn during World War II.

A new exhibition at the Upcountry History Museum in Greenville, S.C., features original costumes, props and memorabilia from the film, much of it from the permanent collection at the Rosemary Clooney House in Augusta, Ky.

Short videos about the exhibit are on view for free on the museum’s Instagram and YouTube channels. Among the highlights are Edith Head’s shimmering blue dresses she designed for Clooney and Vera-Ellen to wear when they sang the sassy number “Sisters.”

For a big screen experience, head to Chicago, where the Music Box Theater is presenting “White Christmas” (and “It’s a Wonderful Life”) on several dates from Friday through Dec. 24 at the Chi-Town Movies drive-in. Each outdoor showing kicks off with a Christmas carol singalong.

END_OF_DOCUMENT_TOKEN_TO_BE_REPLACED

END_OF_DOCUMENT_TOKEN_TO_BE_REPLACED
We and our partners use cookies on this site to improve our service, perform analytics, personalize advertising, measure advertising performance, and remember website preferences.Ok