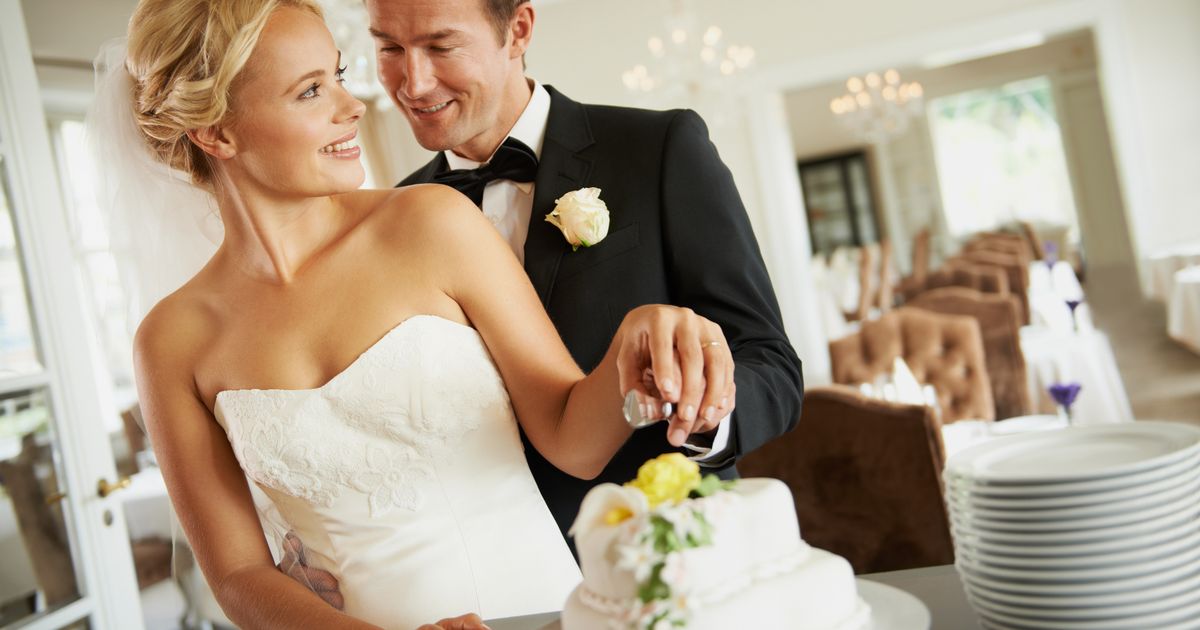 Weddings can be incredibly expensive affairs, with so much to pay for – from the dress to the venue and the flowers.

But there are simple ways to cut the costs on your big day.

And one thing you can still do really well, even on a budget, is the cake.

While many people splash out hundreds of pounds on decadent cakes, one family have proved that it is possible to have something beautiful without breaking the bank.

An American woman named Jessica, took to Instagram to share a photo of her brother, Jeremy's, wedding cake, which they managed to create for less than £40.

On her account, cottagefarmhouse, she revealed that Jeremy and his wife Gosia were originally going to make cupcakes for their wedding, but inspiration struck days before.

Instead of getting baking, they purchased two sheet cakes from Costco with cream cheese filling for $18.99 each.

Then with the help of a relative, the cakes were "cut into tiered squares, stacked and re-iced with butter cream icing"

They then decorated the four-tier cake with real flowers which they claim to have purchased for about $10.

The whole thing was displayed on a rustic looking cake stand at the reception. What a bargain! And you could replicate it yourself with supermarket bought cakes, icing and flowers.

The photo of the cake ended up being Jessica's most liked photo on Instagram, with thousands praising the genius idea.

One person commented: "This is literally the best idea I've ever heard and it looks way better than so many professional ones that I've seen."

Another said: "This cake is from Costco sheet cakes… it's so pretty!!! I just want to know HOW?"

A third proclaimed: "Wow that is amazing, what a beautiful cake."

A wedding planner added that if they'd had a similar cake made by a professional it would have cost "at least $500".

END_OF_DOCUMENT_TOKEN_TO_BE_REPLACED

END_OF_DOCUMENT_TOKEN_TO_BE_REPLACED
We and our partners use cookies on this site to improve our service, perform analytics, personalize advertising, measure advertising performance, and remember website preferences.Ok