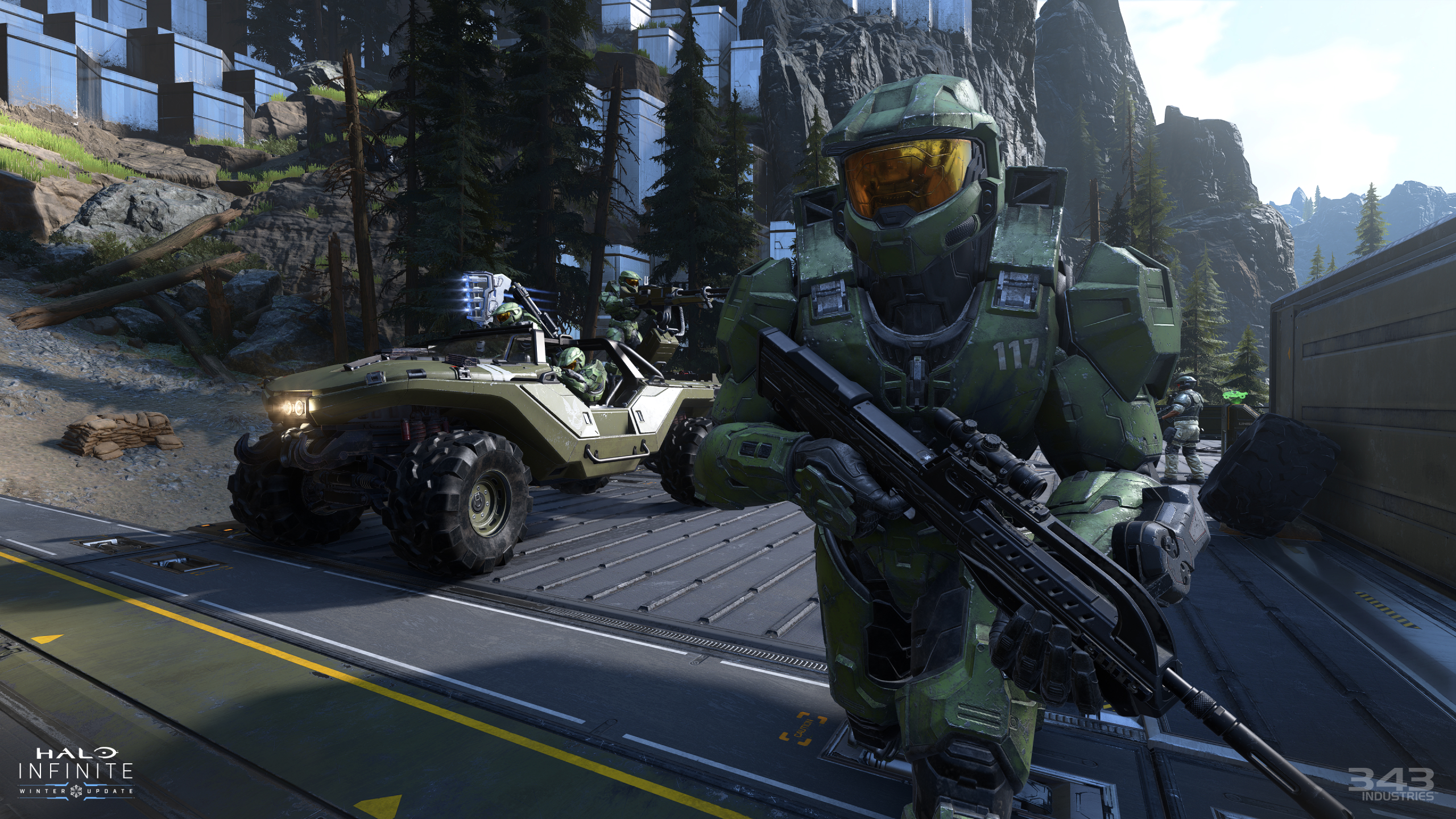 Considering it’s the latest entry in one of Xbox’s most prestigious franchises, it is upsetting to see Halo Infinite be treated with such disdain by its player base.

Its post-launch lifecycle has been undeniably messy, with important updates regularly delayed, a lack of any meaningful new content, and its content seasons dragging on for far too long.

Developer 343 Industries is clearly aware of players’ frustrations and disappointment, which is why it’s no doubt hoping today’s massive update will help repair the damage.

343 calls it the largest feature update to Halo Infinite yet, which doesn’t seem to be an exaggeration when you read through what’s included.

Firstly, campaign co-op (which was notably missing at launch and has been in beta for a few months) is finally available and is crossplay compatible across Xbox and PC.

As a reminder, though, local co-op was cancelled due to a reallocation of resources, which is a real kick in the teeth considering local co-op has always been a mainstay of the Halo series.

The other big addition is the long-awaited Forge mode, which was also delayed a few times and was said not to be arriving until season three.

343 has decided to move up its release, since season three was delayed into 2023. This does mean that the Forge mode is technically in beta, but the plan is to expand upon it with future updates rather than keep players waiting even longer.

‘While we are calling this the Forge ‘beta,’ by no means does this mean that the mode is going away. Forge is here to stay for good in Halo Infinite, all content will carry forwards and persist, and the mode will continue to see updates and support over time, evolving to add even more content to further inspire and empower creators.’

Other additions include a mission replay option for the campaign, new achievements, a new battle pass, new multiplayer maps made in Forge, a new Covert One Flag gameplay mode, and an attempt to improve how you gain experience points through multiplayer.

How well these additions will be received by players remains to be seen, but both 343 and Xbox know that Halo Infinite needs to be doing more for its player base.

In a recent interview on Skill Up’s Friends Per Second podcast, Xbox Game Studios boss Matt Booty admitted that the game’s post-launch plan had been insufficient or, as he put it, they ‘tripped over the finish line’.

He mentioned as well that there have been changes in team setup and leadership, which is likely referencing how Bonnie Ross, the studio head at 343, unexpectedly left Microsoft earlier this year.

At the time, Microsoft seemed to acknowledge that it was too hands-off with its studios. A lack of oversight could be a contributing factor to Halo Infinite’s messy post-launch cycle, something that could be improved with new, tighter leadership.

Halo Infinite is available for Xbox One, Xbox Series X/S, and PC.