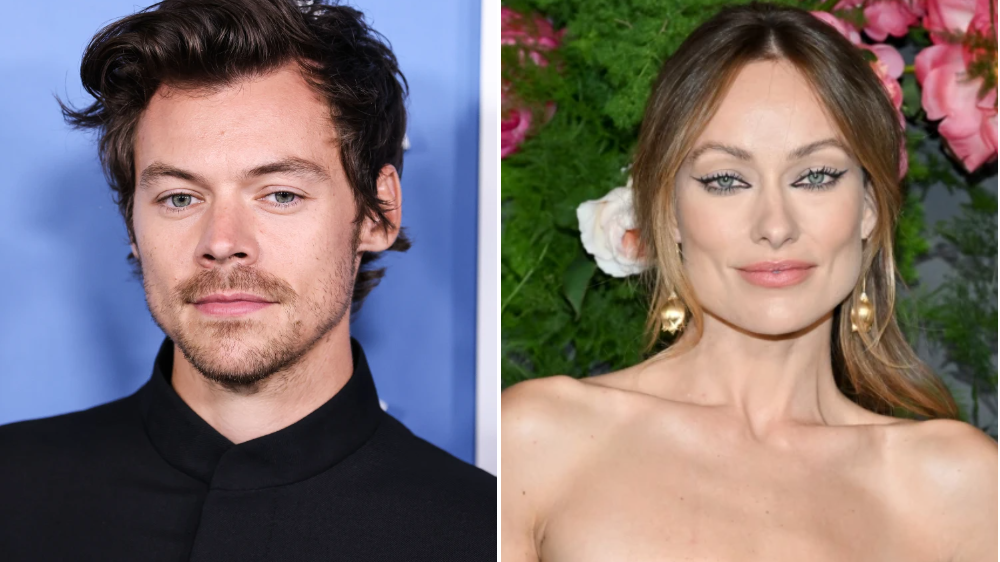 Reports surfaced this week that Harry Styles and Olivia Wilde have called it a day, but the pair seem to still be on good terms.

Just days before rumours of their split surfaced, Olivia, 38, was seen supporting Harry, 28, at his concert in the States, dancing and singing along to his show with her kids, Otis, eight, and Daisy, six.

Then, on Saturday (November 19), it was reported that the Don’t Worry Darling actor and director had made the ‘amicable’ decision to ‘take a break.’

A source told People: ‘He’s still touring and is now going abroad. She is focusing on her kids and her work in LA. It’s a very amicable decision.’

The insider added that the musician and filmmaker have ‘different priorities keeping them apart.’

Now, a second source has echoed the sentiments to Page Six, assuring the outlet that the supposed former couple aren’t on bad terms.

‘There is no bad blood between them. Harry didn’t dump Olivia, or vice versa,’ they said.

‘This is the longest relationship Harry’s ever had, so clearly they have a special bond.’

Harry’s past relationships include model Camille Rowe, whom he dated for a year from 2017 until 2018, as well as Kendall Jenner, with whom he has remained close friends.

The Watermelon Sugar hitmaker also famously dated Taylor Swift and has been linked to Victoria’s Secret models such as Georgia Fowler and Sara Sampaio.

Meanwhile, Olivia split from partner and father to her children Jason Sudeikis after meeting in 2011 and getting engaged.

On Harry and Olivia’s split, the source added to Page Six that long distance made dating tricky, what with the former One Direction star currently touring the world.

‘They’re on a break. It’s impossible to have a relationship when he’s in every continent next year and Olivia has her job and her kids,’ they explained.

‘This is the right thing for both of them.’

Harry is set to embark on his South American tour after finishing a residency in Los Angeles, with another source claiming Olivia is heading to London to work on a documentary.

Harry met Olivia while working on their psychological thriller and they grew close as she both starred in and directed Don’t Worry Darling, in which Harry starred opposite Florence Pugh.

Their relationship hasn’t exactly been drama-free, despite their best attempts to keep it low-key and refraining from making any major comments on their love lives.

Of course, there was the press cycle of Don’t Worry Darling and, with Harry’s fanbase being so large, it meant a lot of attention on social media.

‘What I don’t understand about the cruelty you’re referencing is that that kind of toxic negativity is the antithesis of Harry, and everything he puts out there,’ Olivia said when she joined Harry for a joint interview for Rolling Stone earlier this year.

‘I don’t personally believe the hateful energy defines his fan base at all. The majority of them are true champions of kindness.’

Reps for Harry Styles and Olivia Wilde have previously been contacted for comment.