This is Please Like Me, BuzzFeed News’ newsletter about how influencers are battling for your attention. You can sign up here. 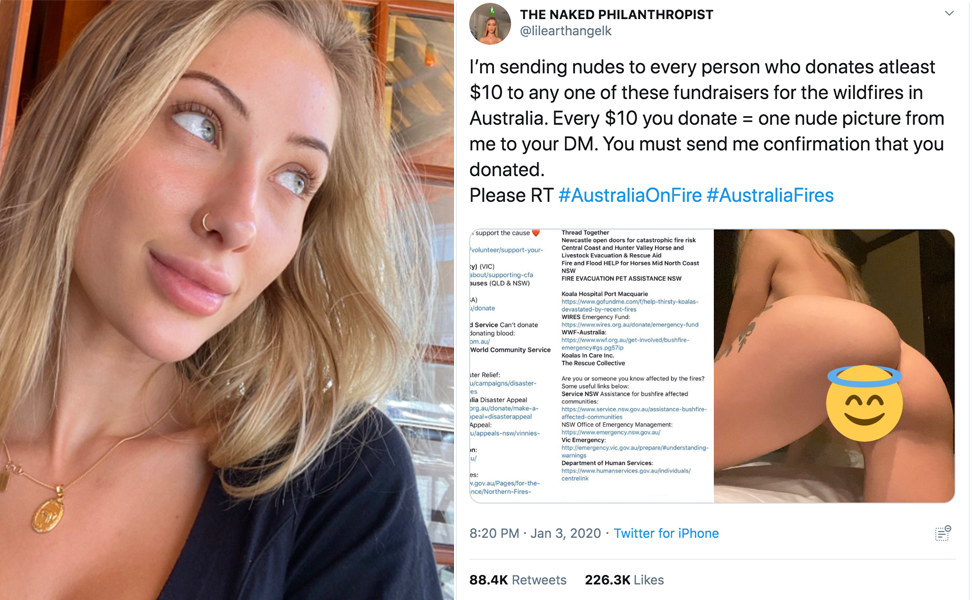 In August of last year, I called out Instagram users for raising “awareness” for the Amazon rainforest fires by self-promoting on their feeds. This happens every time there is a mass tragedy, and it’s never not cringeworthy and/or funny.

This time around, as we’re watching the devastation caused by the Australian bushfires, things turned out a little differently. The hashtags, selfies, and thoughts and prayers on social media are actually translating into actual funds toward relief efforts. The past week has taught me that a little self-promotion can actually go a long way if done right. Color me shocked!

We have to give credit for this phenomenon to model Kaylen Ward, who started offering nude photos last week in exchange for donations to relief efforts. She told us she has raised an estimated $1 million after her campaign went viral. Instagram deactivated her account because the nudes violated its policies, but it’ll inevitably be good for her career, too. A true win-win!

Another influencer who used her power for good is Instagram star-turned-comedian Celeste Barber. Barber, who is from Australia, used her massive platform to raise a record-setting $33 million as of Thursday for the Trustee for NSW Rural Fire Service & Brigades Donations Fund.

And even when influencers made their usual blunders, they resulted in some pretty significant donations.

On Monday, Aussie mom and Instagram sensation Tammy Hembrow (10.5 million followers) shared a sexy photo of herself in a wet T-shirt to announce that all sales that day from her clothing brand, Saski Collection, would go toward the Australian fire rescue efforts. She was hit with the same backlash that comes after any perceived narcissistic attempt to virtue-signal. However, even though it caused her to delete the photo and shut her account down temporarily, her company claimed that they raised $22,833 on Monday during the mini scandal.

Tammy via Instagram: „@saskicollection 100% profits today are going to emergency relief for the Australian bushfires 💔 @wireswildliferescue 🐨🦘”

Then, this week, Kylie Jenner made herself another target of criticism when she Instagram-storied a post about concern for the animals who are dying in the bushfires…immediately before showing off her mink fur Louis Vuitton slippers. Days later, Kylie donated $1 million that will be distributed to a few local organizations.

BTW, both Kylie’s and Tammy’s teams have confirmed to me that they’ve actually sent funds to their respective causes. (A rep from Tammy’s clothing company even attached their PayPal receipt — thank you.)

This is all to say that celebs are gonna celeb and influencers are gonna post. Even amid global crises, they’ll most likely do something so insensitive that it’ll draw criticism and laughter.

But if influencers can’t help but self-promote, even in the cringiest of times, perhaps it’s a little better that they now are also actually raising money? Hey, I’m not saying this “chaotic good” scenario is, well, good. But it exists. And it’s not the worst thing that’s ever happened.

This week, lifestyle blogger Rachel Parcell shared her massive master bathroom renovation project on her blog. It’s so grandiose, and gorgeous, and wildly unattainable for 99% of us.

There is a feathered crystal chandelier, gold bar carts for towels and accessories, and fresh roses in bud vases placed throughout.

Still, Rachel thoughtfully linked to various hardware and furniture pieces for us, just in case you have $548 to spend on “lifelike” hydrangeas in a glass cube. For funsies, I did some simple math and just added up what it might cost me to just accessorize a bathroom like this.

Here are some of the linked items: 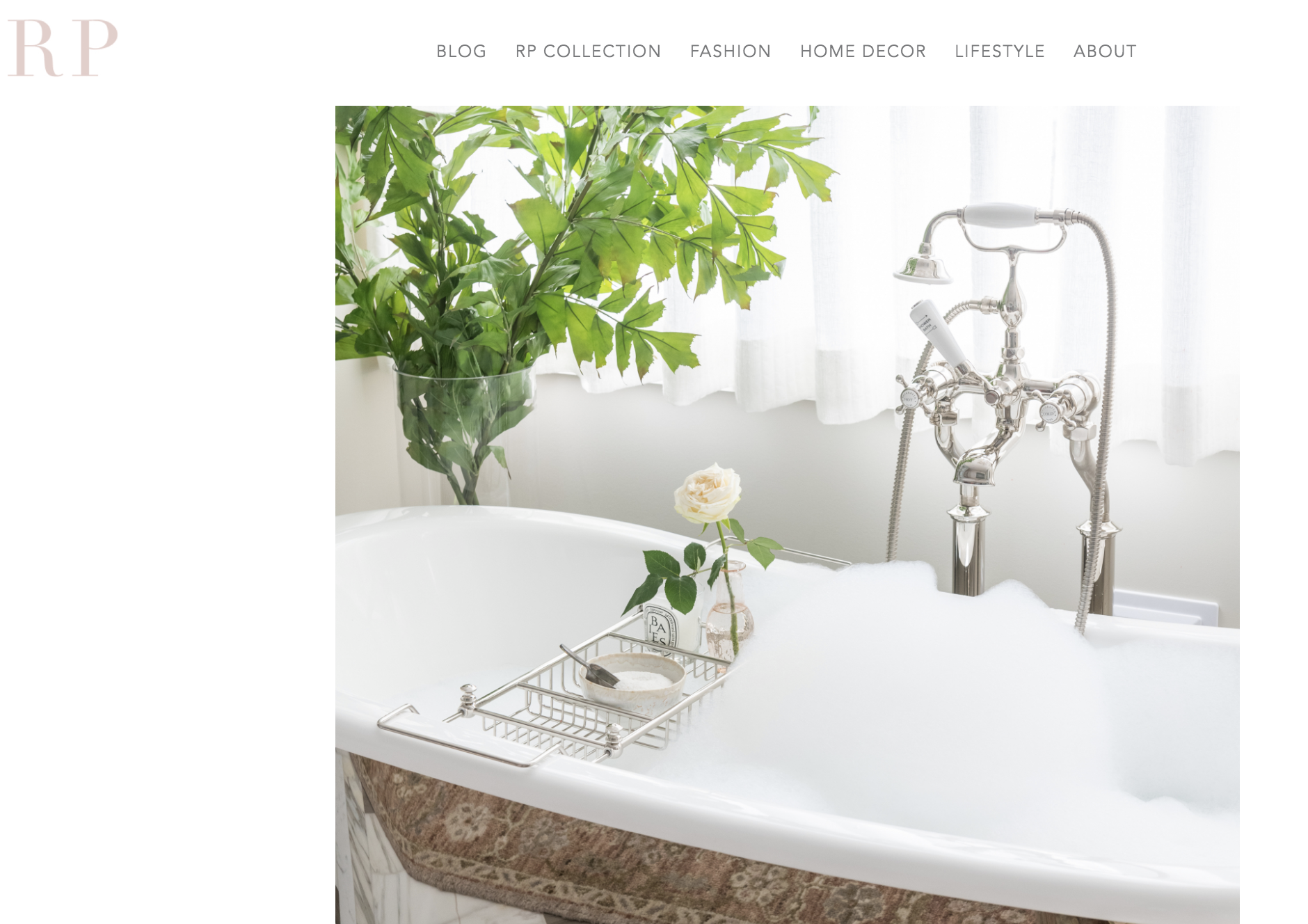 I added up all of the linked products, and the grand total comes to $16,681. And that’s just the stuff in the bathroom, without the construction or furniture costs.

I know this is some type of Goop-level content that’s made for dreaming and entertainment. Or at least I hope it is. And I’m sure Rachel received some of these items for free to promote them. But my god, how do you come away from this not with incessant “eat the rich” thoughts? (I’ve reached out to Rachel for comment.)

Eat the rich, be the rich, be adopted by the rich, I don’t know. I’m still stuck on how artificial hydrangeas can cost half of most people’s rent.