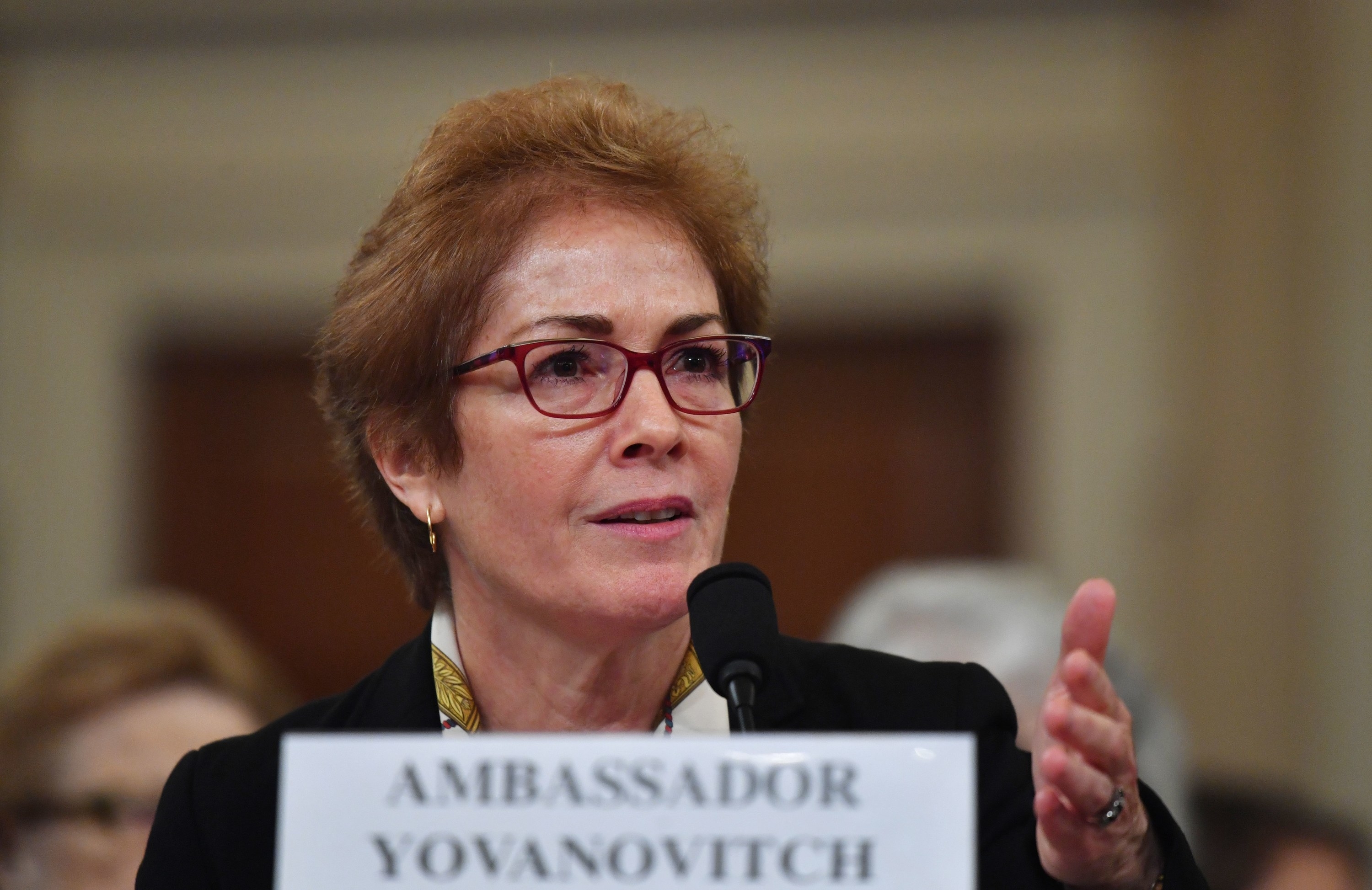 Former US Ambassador to the Ukraine Marie Yovanovitch

WASHINGTON — A lawyer for Lev Parnas, one of Rudy Giuliani’s two indicted associates who ran the Ukrainian backchannel campaign at the heart of the impeachment inquiry, has released a recording that shows President Donald Trump telling the two men and others at a dinner to “get rid of” a US ambassador.

The tape, released Saturday by Joseph Bondy, a lawyer for Parnas, shows the president telling Parnas, his partner Igor Fruman, and other participants of a small 2018 dinner to have Marie Yovanovitch, then the US ambassador to Ukraine, removed.

A clip of the audio Parnas recorded of the meeting with Trump. Download the full video here.

Bondy said Saturday that Fruman made the hour-long recording, the existence of which was first reported by ABC News, on April 30, 2018. Yovanovitch was abruptly recalled from her post in Kyiv in a “late April” phone call, she told House investigators.

Bondy also said that the tape has been turned over to the House Intelligence Committee, which has led the impeachment inquiry. A spokesperson for the committee declined to comment. Lawyers for Fruman and the White House did not immediately respond to a request for comment.

“Given its importance to the national interest, we decided to release this recording in a manner intended to ensure equal public access, and in an effort to provide clarity to the American people and the Senate as to the need to conduct a fair trial, with witnesses and evidence,” Bondy told BuzzFeed News. 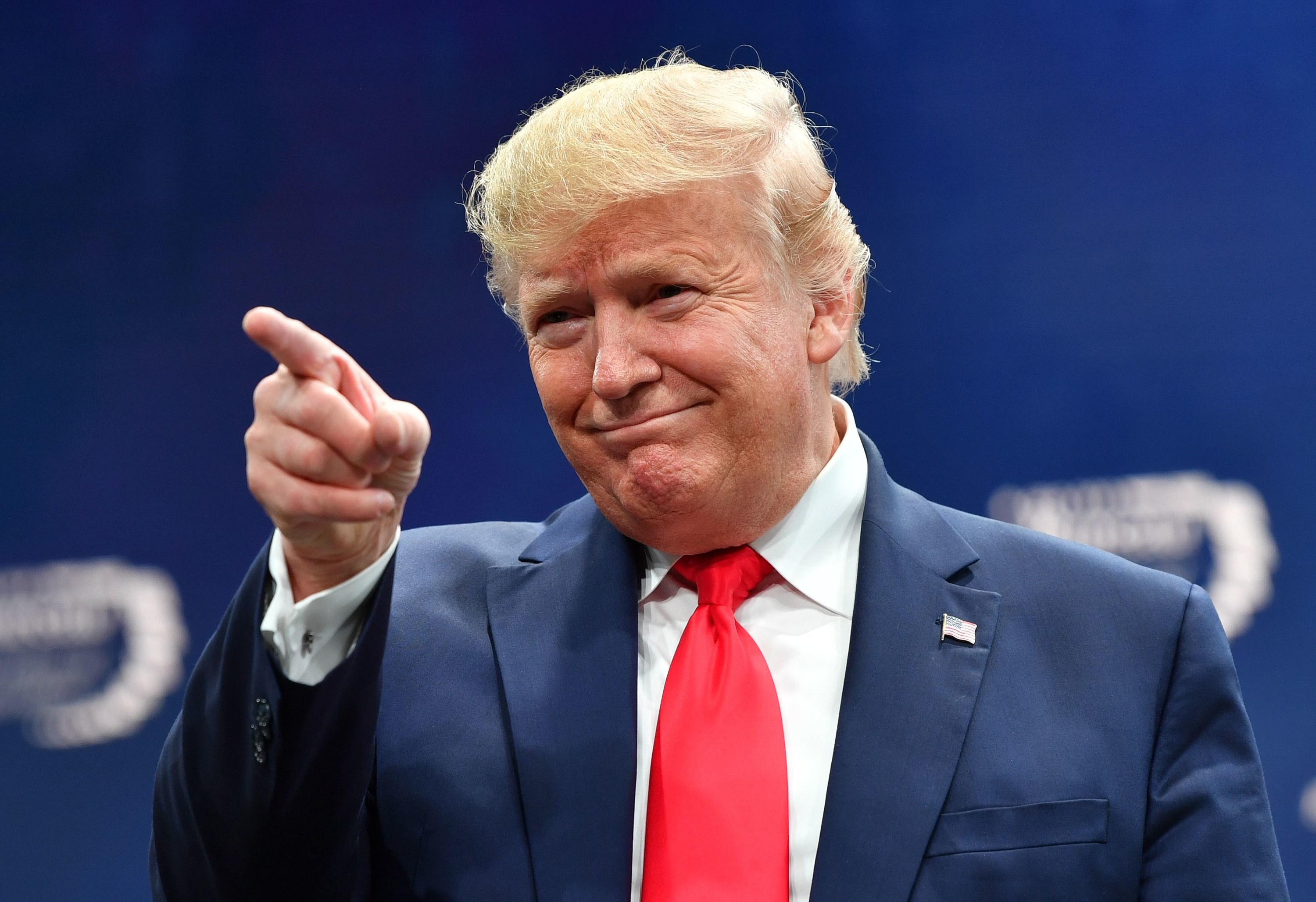 Yovanovitch’s ouster, which State Department officials have dubbed a politically motivated smear campaign, has been a key component of the impeachment inquiry. Parnas and Giuliani have said that Yovanovitch, a career foreign service officer, stood in the way of the Ukrainian investigations they were seeking into former vice president Joe Biden and his son, Hunter, on Trump’s behalf.

Though Trump has denied knowing Parnas or Fruman, who were charged with campaign finance violations in October, the video shows them speaking with the president at an intimate dinner with those close to the president.

At the beginning of the hour-long video, Parnas can be seen in an ornate dining room at the Trump International Hotel in Washington, DC. The recording appears to capture the president posing for a photo with his eldest son, Donald Trump Jr, down the hall.

The video also shows a place setting with “Mr. President” written on it. A name tag at the spot next to it says “Mr. Donald Trump Jr.” Later, Trump Jr. stands near his place setting and his father joins him at the table to applause from the guests.

Someone tells Fruman that people might not want their photos taken, but he continues recording.

After the dinner guests are seated, Fruman appears to place his phone on the table, face up, so the video shows the ceiling and records the conversations.

The ambassador comes up approximately 42 minutes into the video, when someone who seems to be Parnas says that Yovanovitch has been bad-mouthing Trump.

This is a developing story. Check back for updates and follow BuzzFeed News on Twitter.‏