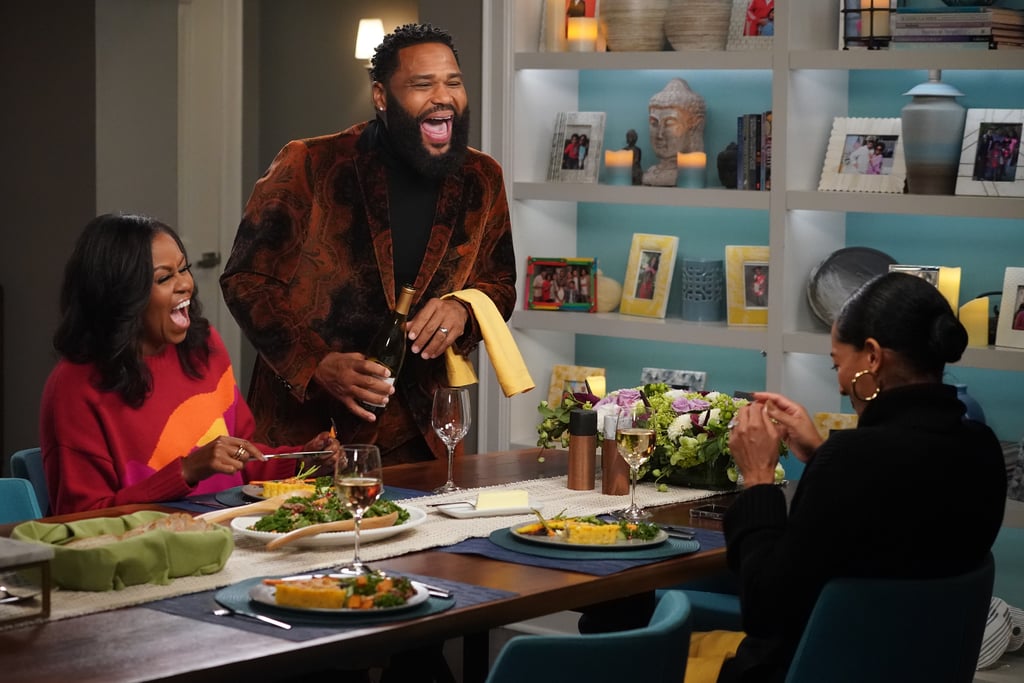 Black-ish is going out with a bang! The beloved ABC series will be ending with its upcoming eighth season in 2022, but before it comes to a close, Michelle Obama will be making a special appearance as a guest star. According to Deadline, the former first lady is expected to appear as herself, and on Dec. 14, we got a first look at her joining the Johnsons for dinner.

“#blackish is going all out for the final season! We are honored to have trailblazer @michelleobama join us as an upcoming guest star,” the show’s official Instagram account posted on Oct. 28 alongside a photo of Obama with the cast — including Anthony Anderson, Trace Ellis Ross, Yara Shahidi, Marcus Scribner, Miles Brown, Marsai Martin, and more. The Becoming author also shared her excitement on Twitter, writing, “I’ve long been a fan of @BlackishABC’s wit and all-around brilliance, and it was such a thrill to join in for an episode. I can’t wait for you all to see it! ❤️” See photos from Obama’s upcoming appearance ahead.