Welcome to Boris Johnson’s United Kingdom! Over the last couple of weeks, the British media has been feverishly reporting/speculating/guessing(?) about who will actually be in the first Johnson cabinet. 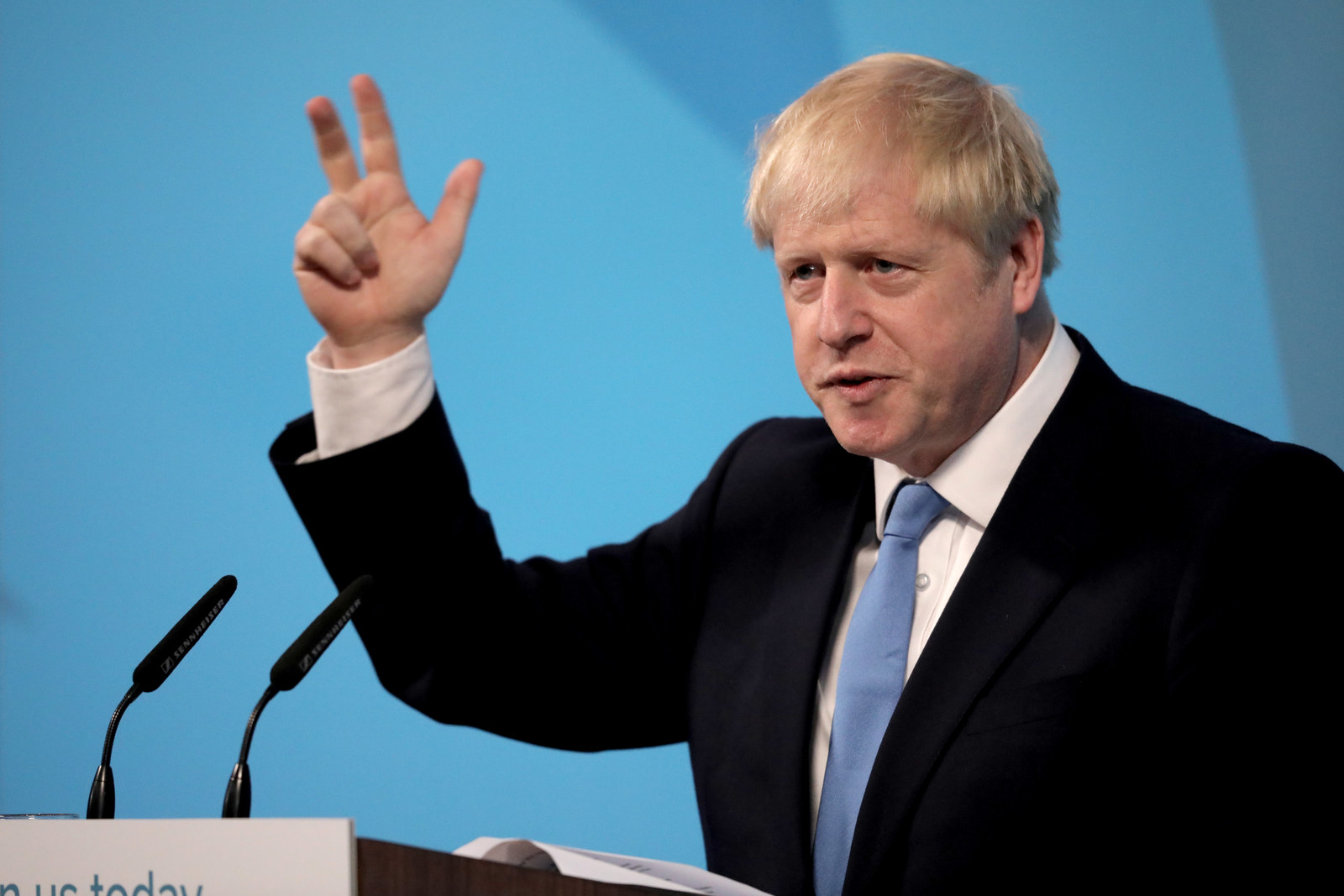 The new Conservative party leader was announced on Tuesday morning. On Wednesday afternoon, he’ll be formally appointed prime minister by the Queen, and then the key ministerial appointments will start being announced. While some roles may be briefed to the media early, we can expect the most senior positions to be announced on Wednesday evening, with the rest following on Thursday.

Johnson’s team have been extremely tight-lipped about who’s going to get the call from the new PM, leaving the nation’s top political journalists to report wildly different names for the various jobs.

So, as Johnson sets about filling his new cabinet, let’s play along at home to see how well the Westminster pack has done at predicting who will be around the table. 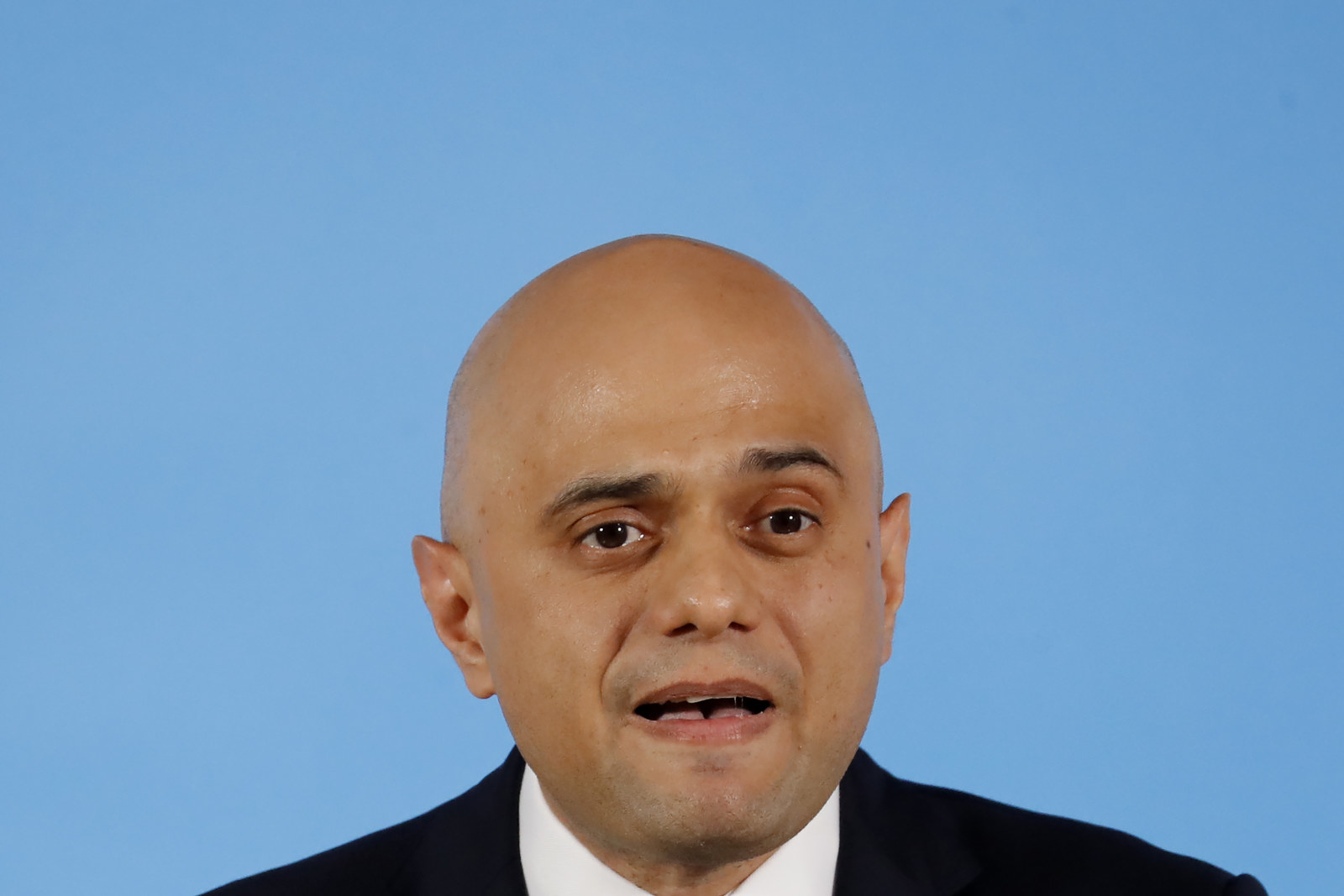 The Times’ Steve Swinford reckoned as far back as last month: “Allies of Mr Johnson said that he had offered Sajid Javid, the home secretary, the job of chancellor during a phone call.”

The Mail on Sunday’s Glen Owen and Harry Cole had a different hot tip, reporting that “Johnson is considering making former leadership rival Dominic Raab the Chancellor in his new Government because he is a No Deal true believer”.

Coming in with a CURVEBALL choice, the Daily Telegraph’s Camilla Tominey reported that David Davis could be getting the gig. “The former Brexit secretary is understood to be in line for either chancellor or foreign secretary after telling Mr Johnson he would not settle for a lesser Cabinet role,” she wrote. Tominey also claimed there was “rising speculation” that Matt Hancock could get the job.

Chief secretary to the Treasury 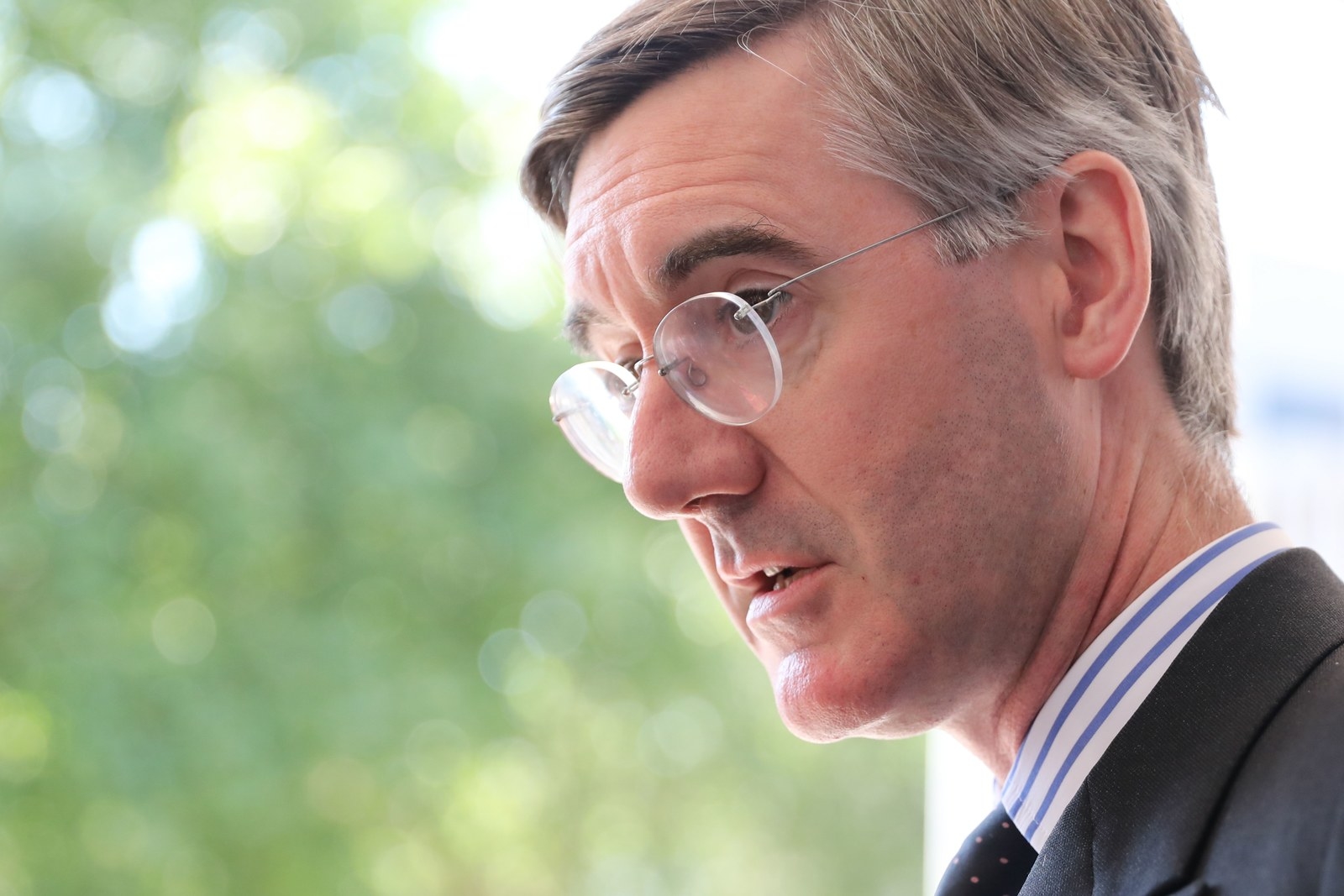 Backing Jacob Rees-Mogg for the number two job at the Treasury, which comes with a seat around the cabinet table: The Spectator, The Times and The Telegraph.

The Sunday Telegraph however tipped Rishi Sunak and Robert Jenrick. The Mail on Sunday also backed Sunak for the gig. 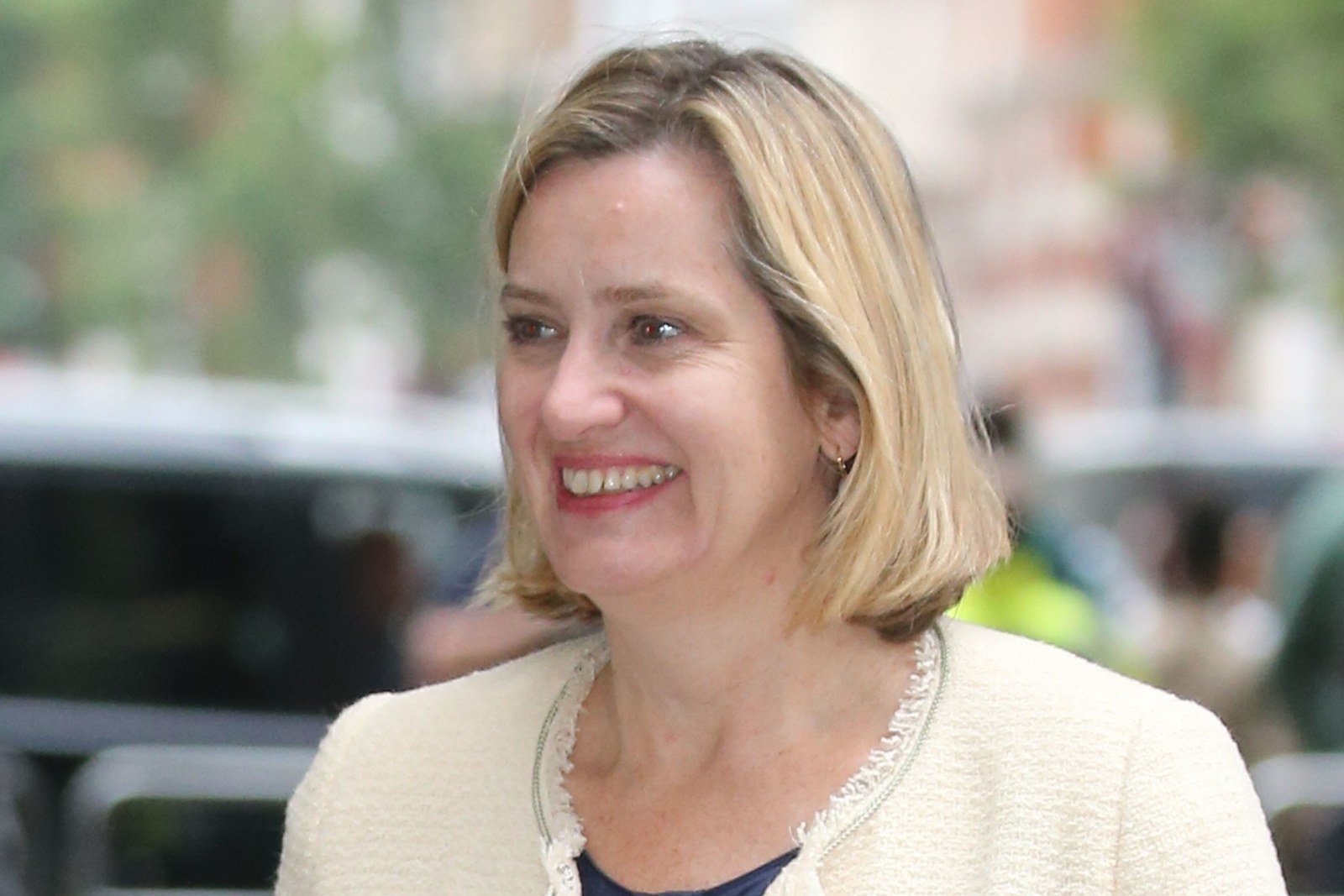 Glen Owen and Harry Cole in the Mail on Sunday tipped Amber Rudd for deputy PM. “There has been talk of Ms Rudd heading a ‘turbo-charged’ women and equalities brief from the Cabinet Office with the title of deputy prime minister,” they claimed.

In the Sunday People, Nigel Nelson said Jeremy Hunt “is likely to be offered the consolation prize of First Secretary of State [the official title for this role], meaning he becomes PM if Mr Johnson is run over by a bus”.

But in the Sunday Times, Tim Shipman reckoned the key cabinet office minister, often known as the “de facto deputy PM”, would be Oliver Dowden. “He is tipped by several sources as the next cabinet ‘fixer’ — a post occupied by David Lidington under May and Sir Oliver Letwin under Cameron,” Shipman wrote.

The Guardian’s Jessica Elgot and Rowena Mason said: “It is more likely that Johnson could reward his campaign manager, Iain Duncan Smith, with this role, or someone like his former City Hall ally Kit Malthouse“.

Status: Honestly, who the fuck knows? 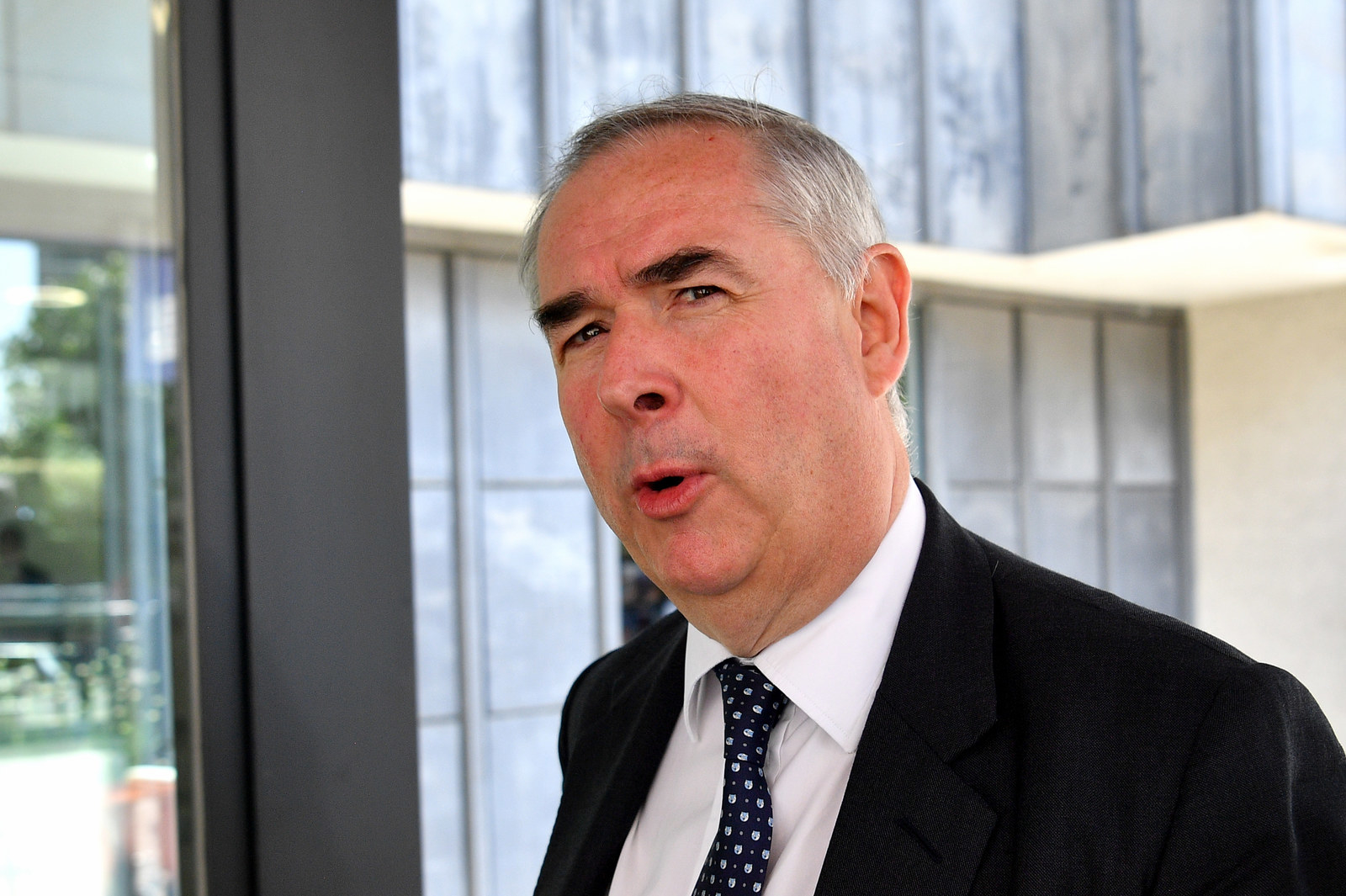 The Sun’s political editor Tom Newton Dunn had the inside track on the next Foreign Secretary, telling BBC Radio 5Live: “The latest thinking is that Liz Truss is now in the running for Foreign Secretary herself”, he said, after predicting that Johnson would sack the incumbent Jeremy Hunt from the job.

In the Sunday Times, Tim Shipman had two different names for Johnson’s pick. “He has told friends he wants a Brexiteer foreign secretary, which could mean a promotion for defence secretary Penny Mordaunt or attorney-general Geoffrey Cox,” he wrote.

The Daily Express’ Martyn Brown claimed Amber Rudd “could be in line to replace Jeremy Hunt as Foreign Secretary”, while the Independent’s Rob Merrick tipped Matt Hancock – “Unlikely to reach No11, could his compensation be the foreign office?” – and Jacob Rees-Mogg: “a truly left-field choice to send shivers through EU capitals”.

The Daily Telegraph’s Camilla Tominey claimed David Davis was in talks with Johnson for the job. 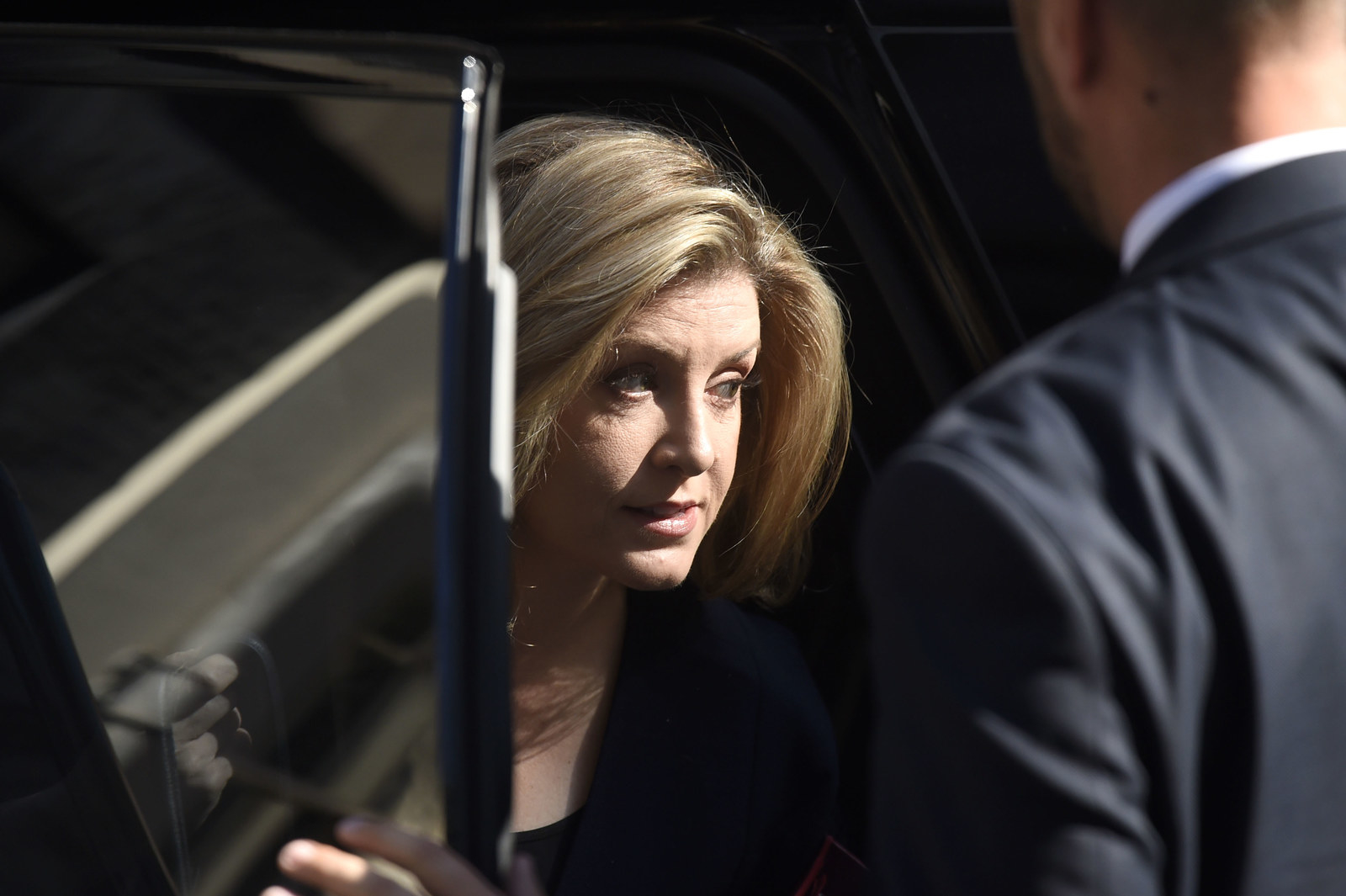 In the Mail on Sunday, Glen Owen and Harry Cole predicted: “Home secretary Sajid Javid remains favourite [to be chancellor] with defence secretary Penny Mordaunt in the running to replace him”.

Over in the Guardian, Jessica Elgot and Rowena Mason said: “Javid could stay in this senior role if Johnson does not make him chancellor”, but also reckoned “it could be a job for Hancock“, Jeremy Hunt or Dominic Raab.

Status: Get a new crystal ball. 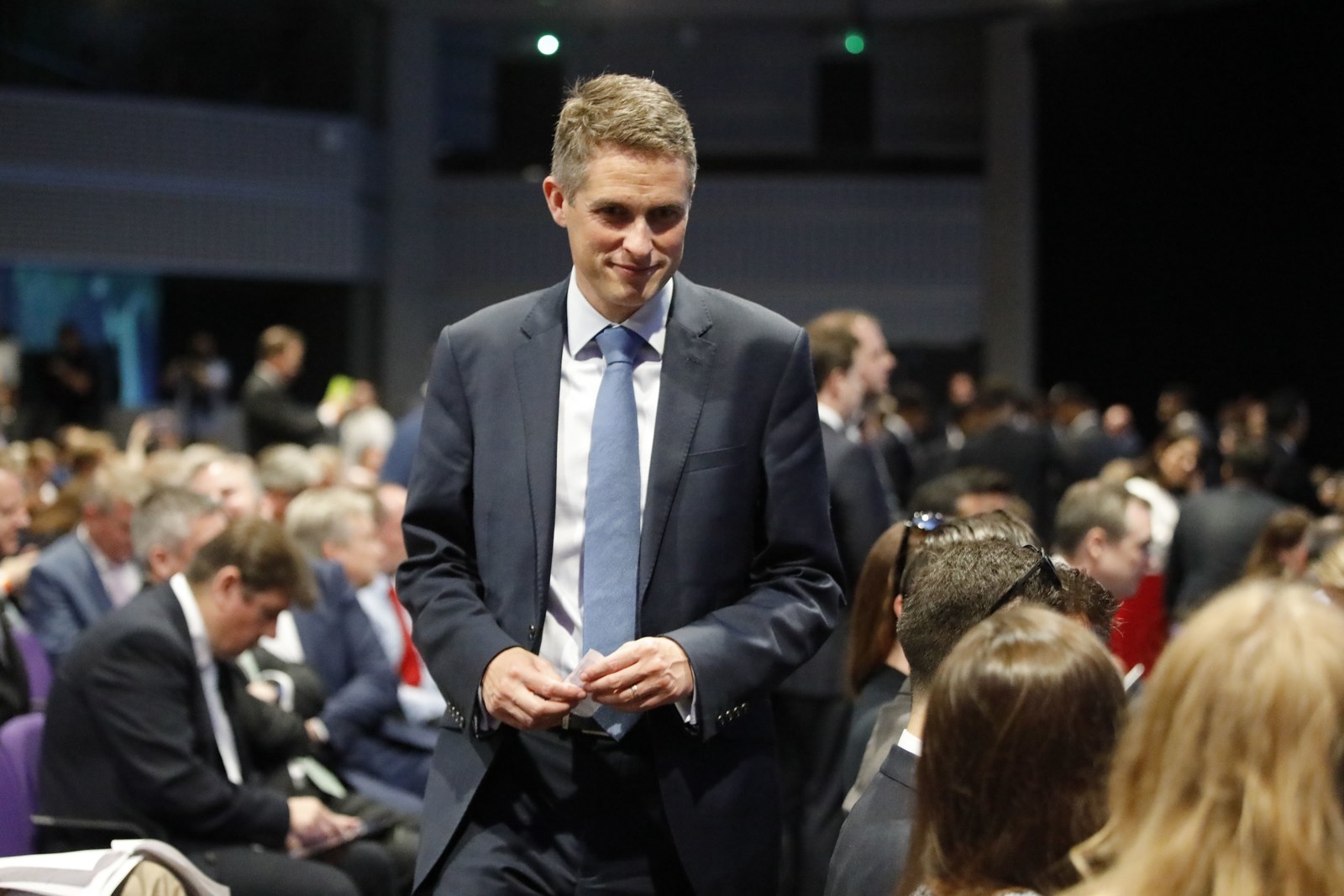 Not many tips for the job of defence secretary, but the Guardian was brave enough to take a punt that Johnson ally Ben Wallace “is said to have his eye on the job”, and that previous incumbent Gavin Williamson “is rumoured to have told officials he would like to return to the role from which he was sacked”. 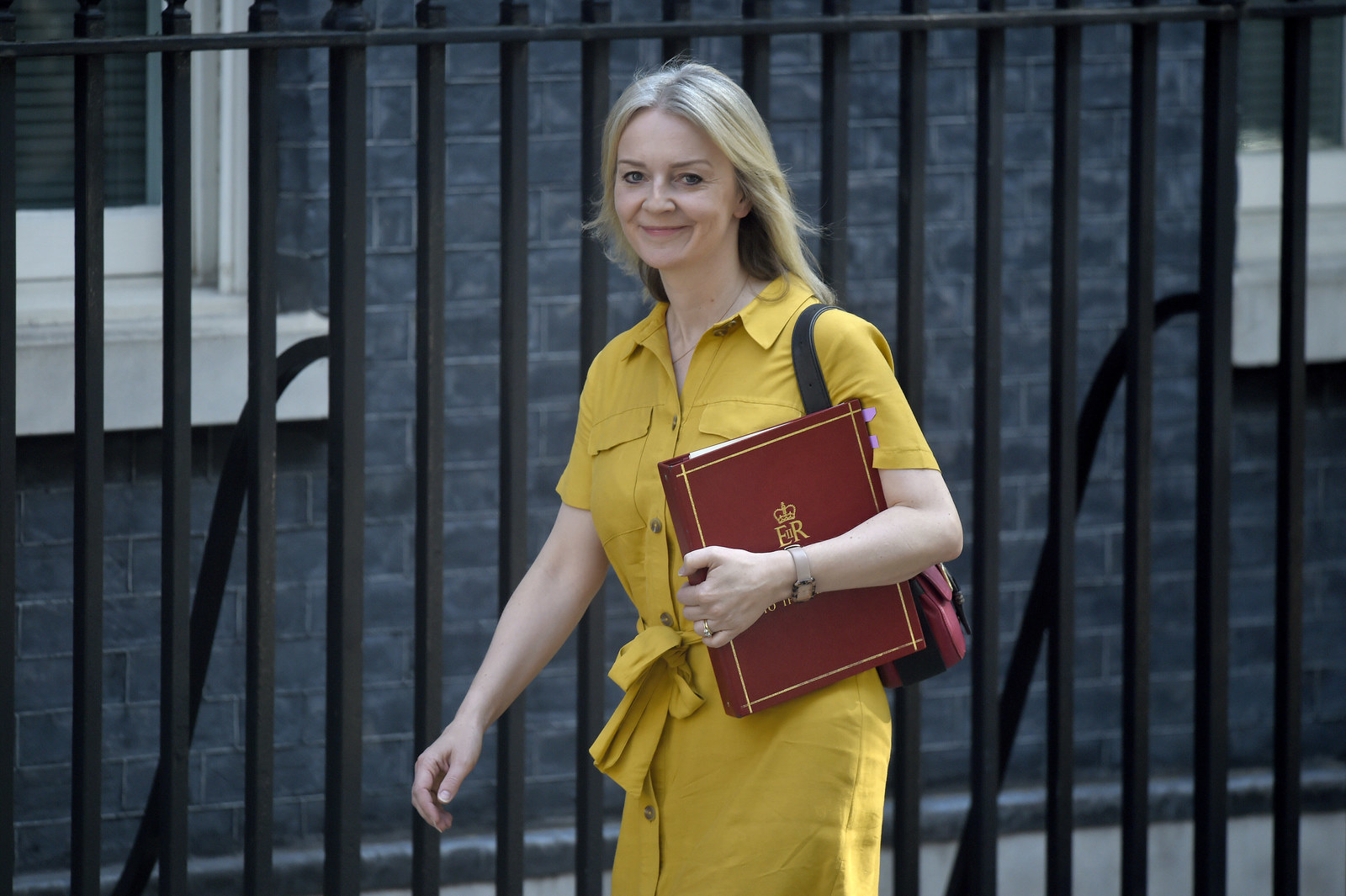 Many political reporters have names Liz Truss as the frontrunner to be the next business secretary. The Sunday Telegraph said she was “heavily tipped” while the Mail on Sunday said it was “Liz For Biz”.

The Guardian said Priti Patel, Esther McVey and Michael Fallon had “a shot” at the job if Truss doesn’t get it.

Status: Many people are saying… 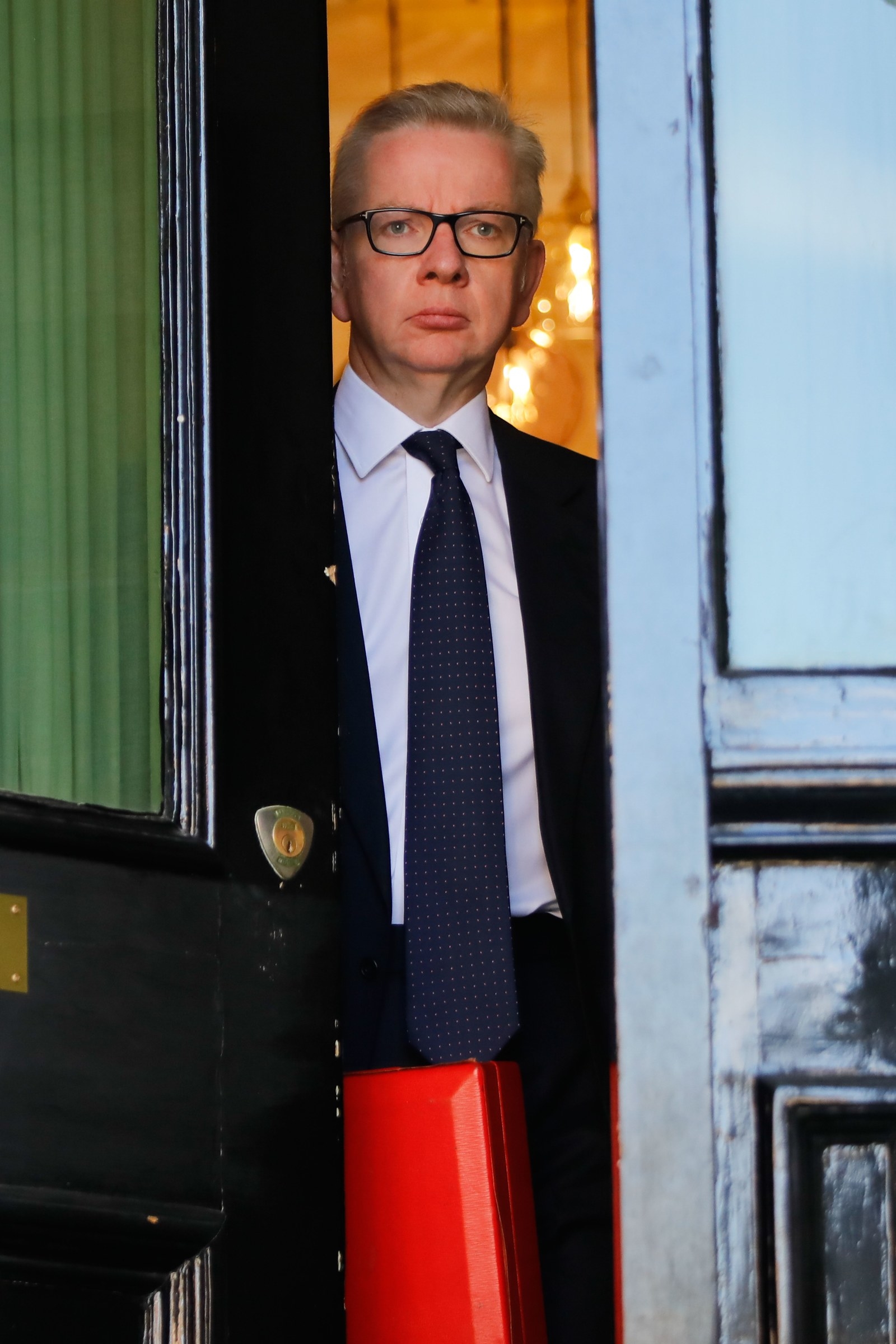 The Mail on Sunday and the Sunday Times both reported that the Northern Ireland job could go to Michael Gove, but they both hedged their bets by saying he could be made housing secretary. The MoS hedged even further by also tipping Michael Fallon for the Northern Ireland role.

Status: Sniffing for a line. 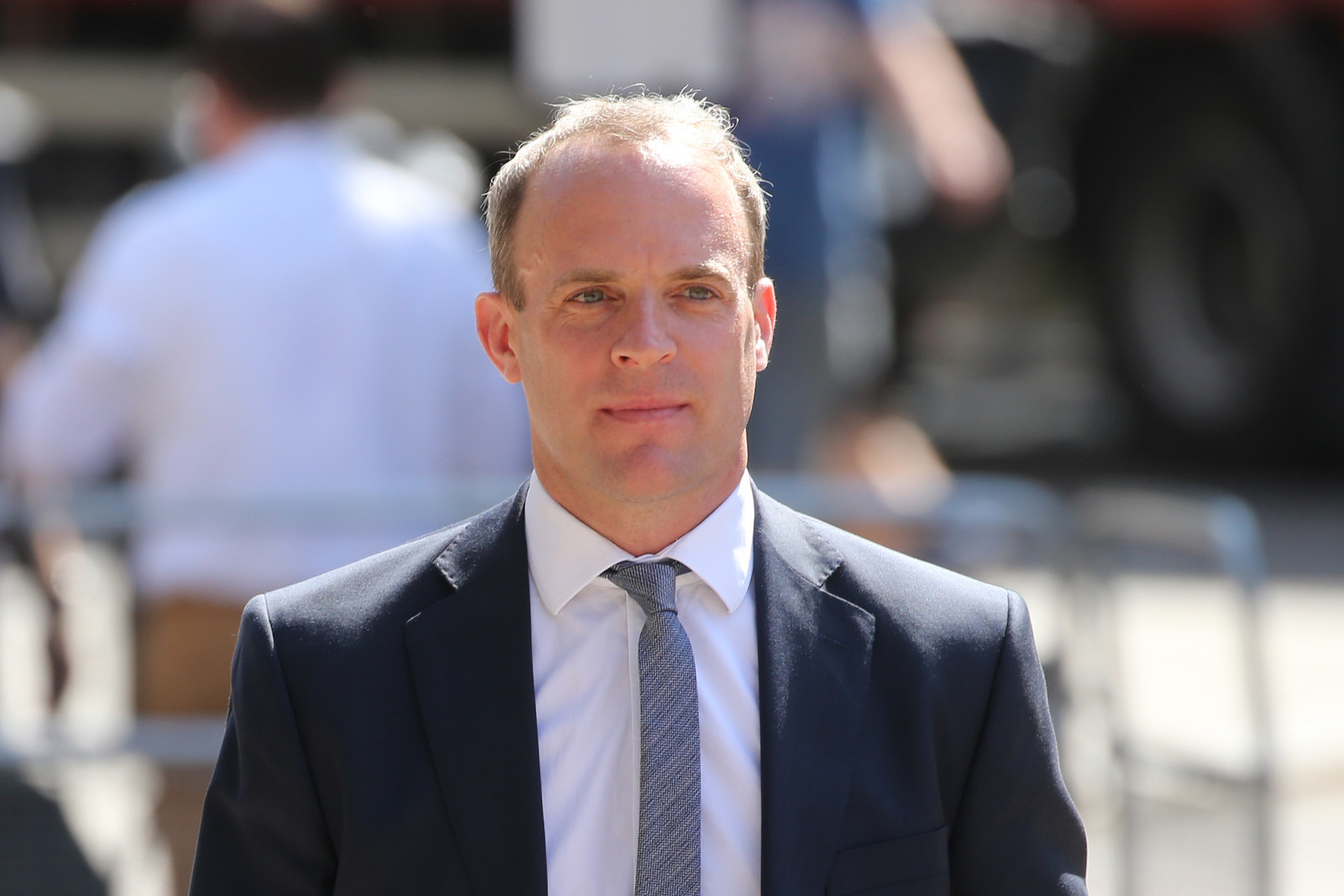 Dominic Raab, a former justice minister, is being heavily tipped for justice secretary by the Sunday Telegraph and the Guardian. The Express reckoned Nicky Morgan was “vying” with Raab for the job.

The Mail on Sunday: Michael Fallon

The Sun on Sunday and the Daily Mail: James Cleverly

Status: Friends of a source are saying.

The Daily Telegraph — which Johnson works for — reported this month that the new PM was “considering proposals to shrink the size of the cabinet”.

The paper’s political editor, Gordon Rayner, wrote: “The departments for Justice, Business, Culture, International Trade, Work and Pensions, Transport, and Brexit could all be abolished or merged with other departments.

“The most hawkish of Mr Johnson’s backers believe there is a case for cutting the number of Whitehall departments in half, from 25 down to 12,” the paper said.

Mark Di Stefano is a media and politics correspondent for BuzzFeed News and is based in London.

Alex Wickham is a senior reporter with BuzzFeed News and is based in London.

Alex Spence is a senior political correspondent for BuzzFeed News and is based in London.