His BBC Comedy Show Is Canceled. His Political Fight Continues.

LONDON — In the comedian Nish Kumar’s study hangs a poster of his face superimposed onto the famous “Guerrillero Heroico” photograph of Che Guevara, the communist revolutionary.

The tongue-in-cheek image was created as a nod to how Kumar, 35, is perceived by much of the British right-wing press, the comedian said in a recent video interview, and was a set dressing for the most recent season of his satirical BBC news show “The Mash Report.”

In recent years the show, and more specifically Kumar, have become lightning rods in the very public grappling with British values known as the country’s culture war.

Earlier this month, the BBC announced it was canceling “The Mash Report” after four seasons. In a statement, the broadcaster said that the decision was made “in order to make room for new comedy shows.”

“The Mash Report” premiered in 2017 on the BBC and is modeled after U.S. late-night comedy programs like “The Daily Show.” Presented by Kumar, it looks back at the week’s news with monologues, remote segments with “correspondents” and a news desk.

Clips from the show regularly go viral here, and for several years “The Mash Report” has been criticized by some right-leaning commentators for being too left-wing for the BBC, which is publicly funded and so aims to be politically balanced.

The public broadcaster’s topical comedy has long been a sore spot for conservative critics. Writing in the right-leaning magazine The Spectator after the cancellation news, Tom Slater said, “Even among the politically monochrome BBC comedy stable, ‘The Mash Report’ broke new ground for liberal sanctimony and woke hectoring.” 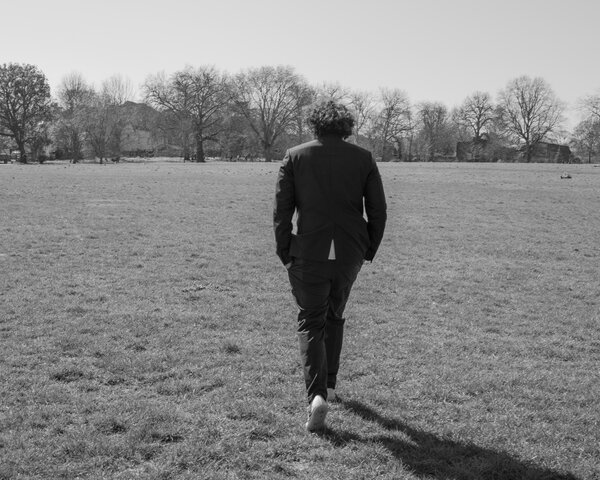 Fans of the show shared their disappointment on Twitter, with the standup comedian Richard Herring writing that “The Mash Report” was “the best U.K. topical comedy show for decades” and noted that it also regularly gave a platform to a conservative comedian, Geoff Norcott.

Last September, Tim Davie — a former head of audio and of commercial operations at the BBC who in the 1990s was the deputy chairman of a local branch of the Conservative Party — took over as the broadcaster’s director-general and said that it needed to undergo a “radical shift” to better represent Britain.

At the time, the broadsheet Daily Telegraph reported that Davie specifically wanted to tackle the “left-wing bias” of the broadcaster’s comedy shows. Davie denied this was the case, but when “The Mash Report” was canceled, the tabloid newspaper The Sun reported “sources close” to the director general as confirming that the show was a casualty of his approach.

Kumar has privately asked the BBC if his show’s political “affiliation” led to its cancellation. He has yet to receive a response on that, he said.

“I want the BBC to clarify it, not for my sake, either way, I’m getting fired,” he said. “But for the health of the corporation. They need to make a definitive statement that it was not a political decision. Because what precedent does that set otherwise?”

When contacted for comment for this article, the BBC repeated its public statement that it needed “to make difficult decisions” in order “to make room for new comedy shows.”

The recent turbulent years in British politics mean satire now has a greater capacity to offend and feel politicized, said James Brassett, the author of “The Ironic State: British Comedy and the Everyday Politics of Globalization.”

Simon Evans, a right-leaning comedian who has appeared on BBC comedy shows, said in a telephone conversation that there was a left-wing predominance in BBC comedy and it posed a problem for the broadcaster. Most households in Britain are obliged to fund the broadcaster through a television license fee, but a section of them, he said, see their worldview “regularly trounced and dispatched and treated with contempt.”

Even in this context, it is, and always has been, important to Kumar that you know where he stands.

The comedians and shows Kumar enjoyed in his formative years all had definitive perspectives: “The Simpsons,” the stand-up comedians Chris Rock, Bridget Christie and Stewart Lee, as well as Chris Morris, the satirist and creator of the cult spoof news show “Brass Eye.”

“Even if you don’t necessarily have a sense of what party they’re rooting for, you have a sense of their core values and principles,” he explained. And as such, he has never been interested in what he calls “all lives matter satire”: “A type of joke about the news that isn’t making a comment on the news,” he said.

A week after “The Mash Report” was canceled, Kumar released two comedy albums at the same time. “It’s In Your Nature to Destroy Yourselves” — Part One recorded in 2016 and Part Two in 2019 — both deal with the ills of racism, Brexit and what Kumar considers the ineptitude of Britain’s Conservative government.

Part Two, though, is angrier and more strident — two minutes in, Kumar launches into a breathless succession of questions in which he essentially asks: What happened to this country?

“When I listen to the second album, it sounds like somebody who has suffered a loss of faith in something,” Kumar said.

In recent years Kumar has also been a guest on serious current affairs programs like the BBC’s “Question Time,” a four-decade-old debate show with a panel usually largely made up of senior politicians.

In December 2019, he made headlines after he had to cut his performance short at a Christmas lunch for a cricket charity. His jokes about Brexit angered some members of the audience, one of whom threw a bread roll at him.

A few months later, he was embroiled in another row, this time over a special Brexit edition of a BBC children’s program he hosted. Andrew Neil, then a BBC host and now the chairman of GB News, a soon-to-be-launched right-leaning television channel, called the special “anti-British drivel.”

Kumar likens the frequency of occurrences like this to having eczema: “Every six months there’s like a flare-up,” he said. “Sometimes it’s because of something I’ve done and sometimes it’s from a standing start.”

The causes appear to be political, but Kumar, whose parents are first-generation Indian immigrants, noted another factor at play: “I am undeniably brown,” he laughed.

“I think there is a sense in Britain at the moment that you can be brown in the public sphere but you would better have one of three preapproved opinions,” he said. “And if you are a person of color and you are trying to critique the state, you’d better think carefully about that before you open your mouth.”

He added: “There is a section of the population that absolutely does not believe your views on Britain have the same legitimacy as somebody who’s white.”

In terms of his future at the BBC, Kumar said he could not and, potentially, would not host a political comedy show on the broadcaster again.

“I would think in a way what’s the point?” he said. “Why would I put myself back in that position if, when push comes to it, they’re not going to back me?”

But he is worried about the BBC’s future. The commentary around its comedy is, he believes, a “proxy battle” over the very existence.

“It feels like they’re trying to appease people who aren’t actually in search of appeasement but are actually actively out for their total destruction,” he said. There has long been hostility between the Conservative government and the BBC, particularly before the pandemic.

Last year the government considered decriminalizing nonpayment of the television license fee, potentially threatening the BBC’s main source of income (the idea has since been shelved).

So, what’s next for Kumar?

The motivation for releasing his recent comedy albums was to share “an interesting document of someone’s thinking in this period of tumultuous upheaval in British history,” he said.

Now, with a tour of Britain lined up for 2022, he is waiting for comedy clubs to reopen, so he can get to work documenting some more.