This weekend I have … 20 minutes, and I like listening 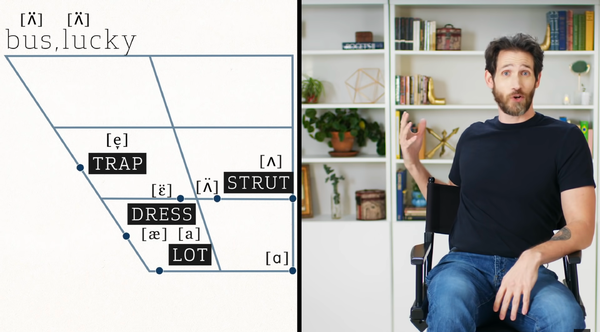 The dialect coach Erik Singer has done a bunch of solo videos over the years, but this newer mini-series also brings in several other linguists and experts to explore and explain American accents among English speakers. Tracing regional dialects creates a sort of audio map of history, with ethnicity, migration and other languages affecting every vowel sound that crosses our lips. If you want something super interesting that does not require much in the way of an attention span, watch (wautch, waatch, wuhtch) this.

… an hour, and I’m nostalgic

‘The Real World Homecoming: New York’
When to watch: Now, on Paramount+.

The original castmates from the first season of “The Real World” reunite for another go-round, back in the same New York loft and everything. “It’s like a time machine,” whispers Norman Korpi, and that’s accurate. Paramount+ is an expansion and rebranding of CBS All Access, and this is among the banner shows for the platform — but unless you were a die-hard fan of the original New York season, I’m not sure this is worth shelling out for in particular, depending on your appetite for “people who now have their lives together reflect on the ’90s.” Reunite “Real World: Seattle,” though, and maybe that changes. …

… an hour, and it’s been ages since I swashbuckled

This cult fave demon-hunting western, starring Melanie Scrofano as Wynonna Earp, descendant of Wyatt, returns this weekend for its final six episodes. While the mythology is a little too involved to start watching this close to the end, newcomers can still enjoy the show’s punchy dialogue and overall campy sensibility, especially on this week’s installment, which includes an engagement party where everyone falls under a love spell. If you’re not sure what to do with your “Buffy” love these days, try this.