J.J. Abrams is getting serious about U.F.O.s, and there’s still time to catch up on “The White Lotus.”

Every Monday and Friday, the Watching newsletter offers hyper-specific viewing recommendations. Read the latest picks below, and sign up for Watching here. 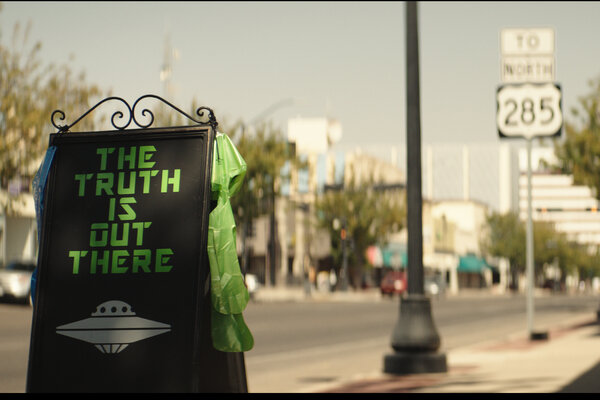 J.J. Abrams (“Lost,” “Fringe,” a couple of “Star Wars” movies) has spent a lot of his career in the precincts of science fiction. This serious-minded four-part documentary series, produced by Abrams’s Bad Robot, wonders if maybe some of that science isn’t so fictive after all. The series, which leans heavily on reporting by The New York Times on the Pentagon’s U.F.O. program, includes some remarkable archival photos and videos. The first two episodes elide rational explanations — like, say, military aircraft or wonky camera angles — in favor of more extraordinary ones. But why should critical thinking get in the way of those nifty blinking lights?

When to watch: Now, on Freeform or Hulu.

It’s not so much that “Good Trouble” improves upon “The Fosters,” its predecessor. But the kids on “The Fosters,” a show about a multiracial two-mom family, grew up. And “Good Trouble” lets them keep growing. Set in Downtown Los Angeles amid the Coterie, a communal living space with a sweet rooftop pool, the show centers on the novice lawyer Callie (Maia Mitchell) and the tech goddess Mariana (Cierra Ramirez), adoptive sisters who don’t always get along. But the show makes space for their many roommates, too, allowing them the square footage to breathe and change. An exploration of found family and hard-won self-acceptance, “Good Trouble” recently returned for the back half of its third season. Rents are reasonable. Stay a while?

… a few hours, and who needs a vacation anyway?

When to watch: Now, on HBO Max.

If the Delta variant has you postponing travel plans, Mike White’s six-episode traumedy-in-paradise might make you feel better about that. An orchid-scented sendup of the white, wealthy and variously terrible, set amid the rooms and grounds of a Hawaiian hotel, it airs its finale Aug. 15 on HBO. So why not spend the weekend catching up on Jennifer Coolidge’s boozy heiress, Murray Bartlett’s unctuous manager and Sydney Sweeney and Brittany O’Grady’s absolutely terrifying college students? The writing is sharp, the satire is sharper, the performances beautifully unhinged. Fun fact: No amount of tropical fruit can sweeten the class war.