How We Fact-Check in an Age of Misinformation 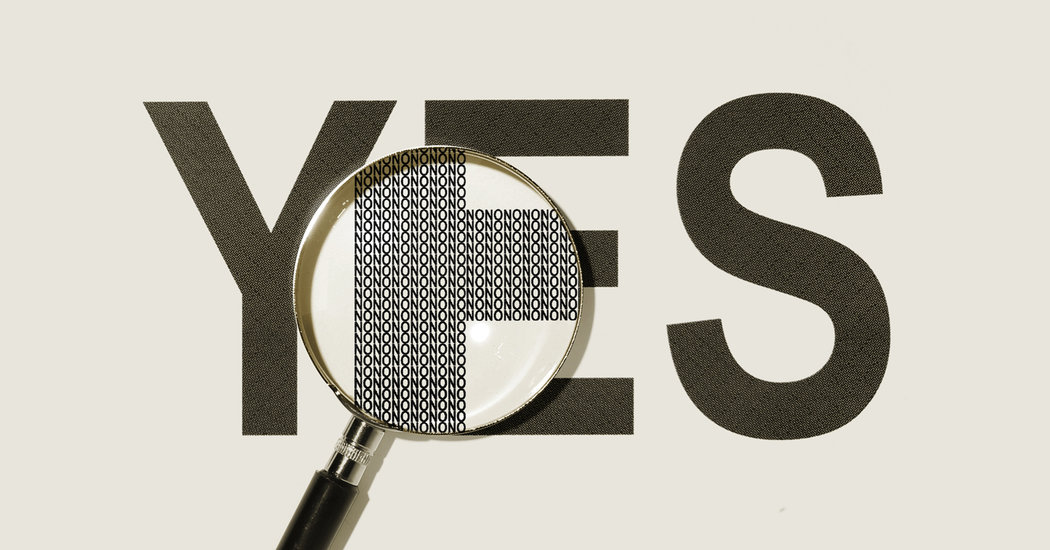 In an effort to shed more light on how we work, The Times is running a series of posts explaining some of our journalistic practices. Read more from this series here.

It was high season for politics and the candidates were producing a thick stream of exaggerations, mischaracterizations and outright falsehoods. The Times did not hold back in calling them out even while expressing some frustration that the candidates never seemed to pay a price for their prevarication.

“The growing number of misrepresentations appear to reflect a calculation in both parties that shame is overrated, and that no independent arbiters command the stature or the platform to hold the campaigns to account in the increasingly polarized and balkanized media firmament,” we reported. “Any unmasking of the lies or distortions, the thinking goes, rarely seeps into the public consciousness.”

That was the summer of 2012. The candidates in question were Mitt Romney, the Republican presidential nominee; his running mate, Representative Paul D. Ryan; and, to a lesser extent, President Barack Obama.

At that point, Donald J. Trump was still fulminating on the political sidelines. But fact-checking was already a priority in many newsrooms, including The Times’s, where the 2012 campaign demonstrated the growing journalistic imperative of holding candidates and elected officials more systematically to account for the assertions they made.

The volume and sophistication of fact-checking have necessarily come a long way since then, driven in large part by the rise of Mr. Trump, whose unwillingness as a real estate developer, candidate and now president to be bound by fact has pushed questions of basic veracity into the heart of reporting on government and politics.

Like The Washington Post and the two big pioneering fact-checking organizations — Politifact and Factcheck.org — The Times has a longstanding commitment to sifting out the most strikingly questionable assertions made by political figures. We have a reporter, Linda Qiu, a veteran of Politifact, who does fact-checking full time. And we pull together ad hoc truth squads as necessary for big events like the State of the Union address and presidential debates.

When the Democratic presidential candidates assemble for their second round of debates on Tuesday and Wednesday evenings, The Times will have a team of experienced fact-checkers and subject-matter experts scrutinizing their every assertion. We did the same for night 1 and night 2 of the first round of Democratic debates.

Beto O’Rourke’s assertion that Purdue Pharma had not suffered any consequences for its role in the opioid crisis? Exaggerated. Senator Michael Bennet’s claim that 90 percent of the American people had experienced no economic growth for 40 years? False. Joseph R. Biden Jr.’s statement that he had forced Senator Mitch McConnell to raise taxes by $600 billion? Misleading.

Neither party has a claim on factual purity. But that’s not to say their sins against accuracy are equivalent in the era of Mr. Trump, who stands alone in his tendency to spin up his own reality and to do so in ways that go far beyond misstating a statistic or blurring an old policy position.

Given the power of the presidency and the platform he commands, Mr. Trump’s departures from the truth have substantial consequences for policy, politics and the nature of our democracy. In recent weeks alone, he has falsely characterized Representative Ilhan Omar’s position on Al Qaeda, made misleading claims about his environmental record, and kicked off his re-election campaign with factually incorrect, misleading and exaggerated statements about Russia, the southwestern border wall, the economy and health care.

“Of course, Democratic politicians and the 2020 candidates also bend the truth and mislead, but Mr. Trump is unlike any other politician I’ve ever fact-checked,” Ms. Qiu said.

“He is often unscripted, which lends itself to more mistakes,” she said. “He also just doesn’t seem to care if he’s wrong — sometimes I’ve been bewildered by his tendency to escalate true claims into false ones or marveled at the sheer brazenness of, say, his denials of something that happened despite video evidence.”

While there’s a value to highlighting our fact-checking in separate stories, we also incorporate it into more general news articles and use digital forms like video to document the gulf between claims and reality. Where possible, we provide a clear verdict — true or false — though we also recognize that in some cases there are legitimate disputes and subjective differences that require a more nuanced assessment or context to help readers reach their own conclusions.

Even as we grapple with how best to hold the president and others to account for what they say, The Times is also confronting a related and fast-evolving challenge: the proliferation of online disinformation (untruths that are deliberately disseminated to sway people) and misinformation (false or misleading content that spreads on its own).

It is one thing to keep track of statements made by a relatively finite number of high-profile political figures. It is quite another to identify and assess a torrent of made-up, distorted, malicious or mischievous tweets, Facebook posts, videos and other material that misleads or inflames.

Under the direction of Rebecca Blumenstein, a deputy managing editor, The Times is moving in multiple ways to shine a light on disinformation.

They include creating a tip line via which readers can inform us when they come across material they think is intended to mislead — a similar venture during the 2018 midterm election yielded about 4,000 submissions — and bringing in journalists who specialize in spotting such material. These initiatives will complement the work already being done by reporters, including Kevin Roose and Matthew Rosenberg.

“We are now seeing misinformation crop up as part of almost every major news story and event around the world,” Ms. Blumenstein said, citing examples from the mass shooting in Las Vegas two years ago to doctored video of Speaker Nancy Pelosi in May. “As a news organization committed to reporting the truth, we are expanding our efforts to debunk false information and highlight videos and photos that have been manipulated.”

Follow the @ReaderCenter on Twitter for more coverage highlighting your perspectives and experiences and for insight into how we work.

A note to readers who are not subscribers: This article from the Reader Center does not count toward your monthly free article limit.

END_OF_DOCUMENT_TOKEN_TO_BE_REPLACED

END_OF_DOCUMENT_TOKEN_TO_BE_REPLACED
We and our partners use cookies on this site to improve our service, perform analytics, personalize advertising, measure advertising performance, and remember website preferences.Ok