How Weeksville, a Center of Black History, Fought to Survive

Two years ago, Weeksville Heritage Center in Brooklyn, which is dedicated to preserving the remnants of a thriving village established by Black New Yorkers in the years after the state abolished slavery in 1827, was at risk of disappearing.

Facing a severe budget shortfall, the center was able to raise more than $350,000 through a crowdfunding campaign, but local politicians knew that a temporary influx of cash wouldn’t save it in the long term. So they turned to the city. Through their efforts, Weeksville recently became the first organization in a generation to be added to the city’s Cultural Institutions Group — a collection of nearly three dozen cultural organizations, including the Metropolitan Museum of Art, Lincoln Center and Carnegie Hall, whose inclusion in the group makes them eligible for more city funding.

Now Weeksville, a historical and cultural center, is entering a new phase of its long and winding history. On Tuesday, Weeksville named a new chief executive officer, Raymond Codrington, a cultural anthropologist with curatorial and nonprofit leadership experience. With the organization no longer fighting for its survival, his mission will be to use its new institutional support to expand its presence in Brooklyn.

“What’s going to interest the average person who walks by Weeksville every day, but doesn’t necessarily see themselves in there?” Dr. Codrington said. “How do we reinterpret our work and break down the barriers that often prevent people from seeing themselves in institutions?”

Becoming a member of the Cultural Institutions Group was no easy task. No organization had joined the fold since 1997, and the formal process to petition for inclusion remains unclear. But in March 2020, Weeksville officially joined its exclusive ranks, adding some diversity to the group that political and cultural leaders say was sorely needed. 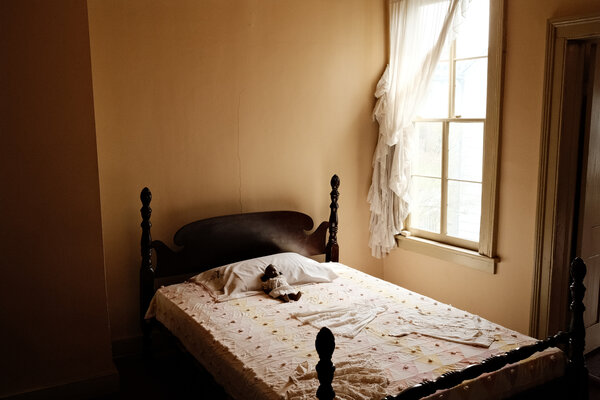 Located where Crown Heights and Bedford-Stuyvesant meet, across the street from the Kingsborough public housing project, Weeksville was financed by the city and completed in 2013. It holds art exhibitions, theatrical performances, cultural discussions, and financial literacy and homeownership workshops — a hive of activity that has moved online during the pandemic.

To reach the Weeksville of the 19th century, visitors must walk down a wooden bridge that cuts through long grasses and ends up at the Hunterfly Road Houses, three wood-frame homes that were built between the 1840s and 1880s (plus a fourth home that was destroyed by a fire in the 1990s and rebuilt).

At its peak, Weeksville was home to about 700 families. It had a school, a church and a newspaper, called the Freedman’s Torchlight, which served as a kind of textbook to newly freed slaves by publishing lessons on the alphabet, English and arithmetic. During the draft riots of 1863, Weeksville was a haven for Black people fleeing the racist violence in Manhattan.

By the mid-20th-century, the village sunk into obscurity, but in 1968, the four houses were rediscovered by a historian and a pilot during an aerial search of the neighborhood. A 1969 archaeological dig of a nearby area uncovered objects that are still on display in the houses today, and after a successful campaign led by the preservationist Joan Maynard, the homes received city landmark status and were added to the National Register of Historic Places in the 1970s.

Before the pandemic, schoolchildren would tour the houses on every weekday, walking past the wooden outhouse, the old-fashioned washing machine, the herringbone brushes from one of the families who had lived there, the baby dolls with their skin painted Black.

“You feel as though you are walking where people had walked before this — at the center of this free community,” said Dr. Codrington, standing in the dining room of one of the 19th century homes. “It feels like history is living and breathing around you.”

By the time Weeksville opened its new building in 2014, the group’s leadership had already been trying for years — unsuccessfully — to become part of the Cultural Institutions Group.

The group dates back to 1869, when the Weeksville community was still active in Brooklyn. It started with the New York legislature authorizing the city to construct a new building for the American Museum of Natural History and cover a portion of its financial responsibilities, while allowing the institution to be managed by a private nonprofit organization. By 1900, the city had entered into a similar agreement with five other groups: The Metropolitan Museum of Art, the New York Botanical Garden, the Wildlife Conservation Society, the Brooklyn Museum and the Brooklyn Children’s Museum.

The city agreed to pick up the tab for expenses including heat, lighting and power, and to provide some additional operating support, and the institutions made commitments to make their offerings accessible to New Yorkers.

In the 1960s and 1970s, the city says that it realized the group was in need of a more diverse membership, racially, ethnically and geographically, and the number of members in the group increased dramatically as institutions like the Studio Museum in Harlem and Jamaica Center for Arts and Learning were added.

But as New York City government changed — and the powerful Board of Estimate that once helped to determine which organizations could join the group was dissolved — the process for adding new members became “atrophied,” said John Calvelli, a former chairman of the Cultural Institutions Group and an executive with the Wildlife Conservation Society.

Before Weeksville, the last time a new member was added was in 1997, when Mayor Rudolph W. Giuliani announced that the Museum of Jewish Heritage would join.

The recent push to add Weeksville began in earnest in 2019.

“It took a tremendous amount of political will,” said Robert E. Cornegy, Jr., the City Council member whose district includes Weeksville and one of the politicians leading of the effort to add it to the group, along with Laurie A. Cumbo, the council’s majority leader.

They joined with the City Council speaker, Corey Johnson, to ask Mayor Bill de Blasio to add Weeksville to the group. Mr. de Blasio seemed resistant to the idea at first, Mr. Johnson said in an interview, because he and his administration worried that the organization’s financial difficulties would become the city’s responsibility.

“You’re making a sort of in-perpetuity commitment,” Mr. Johnson said. “So it ends up costing the city more and the Department of Cultural Affairs more, but it’s the right thing to do.”

Mr. Cornegy said that as they made the case for Weeksville, they explained its historical significance and its ability to serve as a “guidepost” for understanding the Black experience in New York. And at times, during the tense discussions around the proposal, they brought up the lack of racial diversity in the Cultural Institutions Group.

“When the whole world sees these resources are available to particular institutions,” he said, “it becomes a little bit embarrassing.”

Mr. de Blasio has long promised to hold cultural institutions accountable for growth in their internal diversity. The members of the Cultural Institutions Group were required to submit plans to boost diversity and inclusion among their staff and visitors, but there was no plan required to diversify the makeup of the group itself.

Gonzalo Casals, the commissioner of the city’s Department of Cultural Affairs, defended the current group, saying that it includes a range of culturally and geographically diverse organizations and that some institutions that are not culturally specific work hard to serve the communities of color who visit them, such as the Brooklyn Children’s Museum. And Mr. Casals said that joining the group is not a “solution to all,” and that his department has other ways of supporting institutions, including funding to help pay capital costs and energy bills.

A City Hall spokesman said that the mayor’s office regularly speaks with cultural leaders who are lobbying for inclusion in the group and that Mr. de Blasio chose to include Weeksville because it believes in its work.

In the summer of 2019, the City Council members said, they were able to convince the mayor’s office of their Weeksville plan during the budget-making process.

But then Weeksville faced another negotiating challenge. Members of the Cultural Institutions Group are each located on city-owned property, the city notes. If Weeksville had followed tradition, the Hunterfly Road Houses would have then been transferred over to the city, said Timothy Simons, the chair of Weeksville’s board. But since Weeksville is a monument to Black home-ownership, some saw the transfer those leases to the city as antithetical to its mission.

“It’s a story of a Black-owned community,” Ms. Cumbo said. “For the houses and the areas that were preserved to no longer be owned outright would be negating the story of Weeksville.”

So while Weeksville’s main building is owned by the city, the four historic houses are still owned by the nonprofit.

The combination of grass roots donations, philanthropic support and city support have helped shore up Weeksville’s finances. In 2018, Weeksville’s fiscal year closed with a nearly $400,000 deficit and only one month of operating cash in the bank, the organization said. This year, it has a $275,000 cash reserve and six months of operating expenses in the bank.

“The community was very clear,” Mr. Simons said, “Weeksville is an institution that must be here and must be here for the long term.”