Ibram X. Kendi Has a Cure for America’s ‘Metastatic Racism’

WASHINGTON — Three years ago, when Ibram X. Kendi was up for the National Book Award, he thought he had no chance.

He was a little-known assistant professor at the University of Florida. His book, “Stamped From the Beginning,” a sweeping history of nearly five centuries of racist thought in America, had received admiring but sparse reviews.

“Before we walked over to the dinner, my wife asked me if I had written a speech,” Dr. Kendi recalled in an interview last month. “I hadn’t, but I wrote out a few notes just in case. When they called my name, I was shocked.”

It was barely a week after the 2016 election, and Dr. Kendi — at 34, among the youngest ever to win the nonfiction award — made his way onstage to deliver an eloquent speech nodding at the man just elected president, and paying tribute to “the human beauty in the resistance to racism.”

Since then, he has given a lot more speeches — 46 so far this year alone. He has become one of the country’s most in-demand commentators on racism, and leads the new Antiracist Research and Policy Center at American University, which recruited him as a full professor after the award.

It’s been a wild and fast ride to the top of his profession, with one terrifying detour thrown in. Midway through writing his new book, “How to Be an Antiracist,” out on Aug. 13, Dr. Kendi received a diagnosis of Stage 4 colon cancer, which has a five-year survival rate of about 12 percent.

A recent scan, taken a year after he completed both chemotherapy and surgery, came back all clear. But Dr. Kendi — who turns 37 on publication day — isn’t taking anything for granted.

“I was pretty disciplined and determined before the diagnosis, but now I’ve taken it to a whole other level of seriousness,” he said. “Even though I’m young, I can’t imagine I have so much time. It forced me, compelled me, to take risks.” 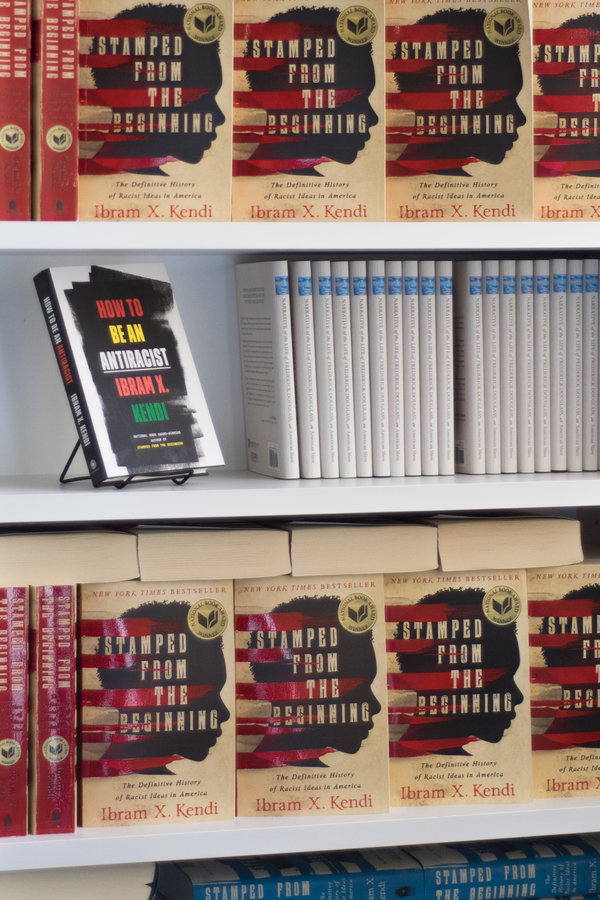 One of those risks is the center, which is still in the ramping-up stage. On a recent visit, it was a pristine but sparsely decorated warren of cubicles, but Dr. Kendi envisions it as a place that will not just study racist ideas, but develop public programs aimed at dismantling them.

Another is “How to Be an Antiracist,” published by One World, an imprint of Random House. Part memoir, part social analysis, part polemic, it’s a book that, like its predecessor, seems to be arriving at exactly the right moment, as President Trump’s verbal attacks on lawmakers of color and on the city of Baltimore have spurred both intense outrage and debate on how to respond.

But it’s also a book that directs some of its most unstinting criticism at the author himself, and what he sees as his own racist ideas.

Dr. Kendi defines racist ideas expansively: any idea that there is something inherently better or worse about any racial group. There is no such thing as “not racist” ideas, policies or people, he argues, only racist and antiracist ones.

Among the most painful personal episodes he revisited, he said, is the one that opens the book: a speech he gave in a high school oratory contest named for Martin Luther King Jr., in which he assailed African-American youth for its supposed failures.

The thunderous applause from the mostly black audience gave him the confidence, he writes, that he could succeed in college, despite mediocre grades and test scores. The speech, which he listened to over and over, was also, in his view, deeply racist.

“Every time I listened I felt embarrassed and ashamed, both personally and because of the spectacle I created, with thousands of people cheering on these racist ideas,” he said. “To think back about how I gained confidence by stepping conceptually on the heads of black people is still jarring to me.”

Dr. Kendi might seem to have been anointed as the latest in a line of charismatic (and usually male) African-American public intellectuals, stretching from W.E.B. Du Bois and Alain Locke to Henry Louis Gates Jr. and Cornel West.

But he is also emblematic of a new generation of young black historians who are working collaboratively to create new institutions, and find new ways of reaching the public.

His work “reflects the collective desire to produce innovative research that will not simply meet tenure requirements but transform the world,” said Keisha N. Blain, an associate professor of history at the University of Pittsburgh and president of the African-American Intellectual History Society, a 5-year-old group to which Dr. Kendi belongs.

Dr. Kendi was born Ibram Rogers in New York, to parents, both later ordained as ministers, who were deeply influenced by liberation theology and the Black Power movement. (He took the middle name Xolani, meaning “peace” in Zulu, and the shared surname Kendi, meaning “loved one” in Meru, in 2013, when he married Sadiqa Kendi, a pediatric emergency room physician.)

At Stonewall Jackson High School in Manassas, Va., where the family moved when he was 15, he felt stranded academically, and lived down to the low expectations he thought his teachers and mainly white and Asian classmates had for him. “I was even saying I hate reading,” Dr. Kendi recalled. “I think I did read a few books on basketball, but for class I would typically get the CliffsNotes.”

He studied journalism at Florida A&M University, a historically black institution, and initially planned to be a sportswriter. After a few internships at newspapers, he enrolled in the graduate program in African-American studies at Temple University. His doctoral dissertation, published in 2012 as “The Black Campus Movement,” is a study of the 1960s student activism that led to the creation of the first black studies programs.

Temple’s department was, and still is, led by Molefi Kete Asante, a leading theorist of Afrocentricism. That influence, Dr. Kendi says, was crucial to his own work, which classifies what he calls “assimilationist” ideas — the belief that African-American people and spaces should strive toward a standardized white norm — as inherently racist.

And he credits his dissertation adviser, Ama Mazama, a Guadeloupe-born scholar of African and Caribbean culture, with providing a model of what an “intellectual combatant” could be.

“She was just a master at being able to speak very softly while saying some of the most powerful things,” he said. “She loved intellectual struggle and never backed down.”

After “The Black Campus Movement,” he planned to write a history of black studies. Instead, what was intended to be the first chapter, about the history of scientific racism, morphed into “Stamped From the Beginning.”

Writing a sprawling narrative history rather than a narrower monograph — and publishing it with a trade press, Nation Books, and not an academic one — was a risky move for a junior scholar without tenure.

Also risky was the subtitle, “The Definitive History of Racist Ideas in America,” which was suggested by his publisher, to his initial resistance. “I thought it was arrogant,” Dr. Kendi said. (At least one scholarly reviewer agreed.)

But today, he embraces it as a way of boldly claiming space in a field — the intellectual history of race — that has been overwhelmingly dominated by white men.

“I was writing this history as someone critical of racist ideas,” he said. “And one of the more prevailing racist ideas within scholarship was this idea that black people do not write definitive texts.”

But others have welcomed “Stamped” as a broad, accessible history that directly and unapologetically engages with the present.

“Once it existed, it was clear that we could use this kind of big-picture synthesis, which we haven’t had in a long time,” said Martha S. Jones, a professor of history at Johns Hopkins University. “I think of Ibram as someone who really gives us not only the big historical signposts, but the deep rationale for why we should call racism racism.”

In keeping with his activist approach to scholarship, Dr. Kendi organized the inaugural Antiracist Book Festival, held last May, which drew roughly 3,000 people to hear a mix of junior and senior scholars, along with activists, novelists, poets, Y.A. authors, educators and publishing professionals.

In the final chapter of “How to Be an Antiracist,” Dr. Kendi connects his own cancer with the “metastatic racism” afflicting America. To cure it, he says, we must actively combat it, rather than taking comfort in the false neutrality of being “not racist.”

“Racial inequalities are pervasive and persistent in every sector of society,” he said. “If a person does nothing in the face of racial inequities that are pervasive, if they don’t challenge them, what are they doing?” 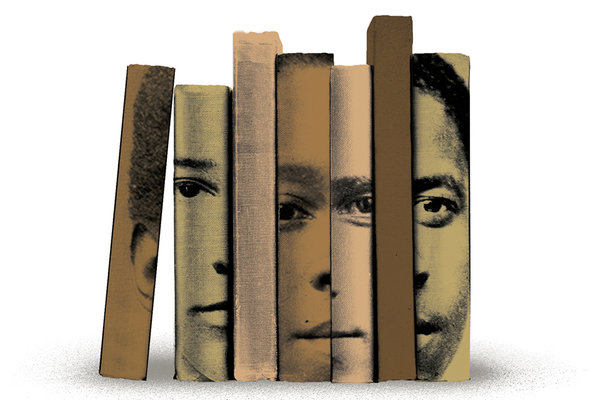 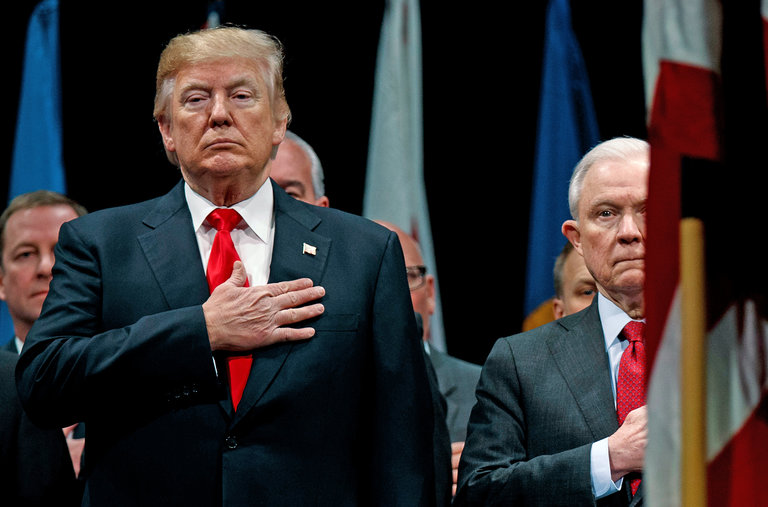 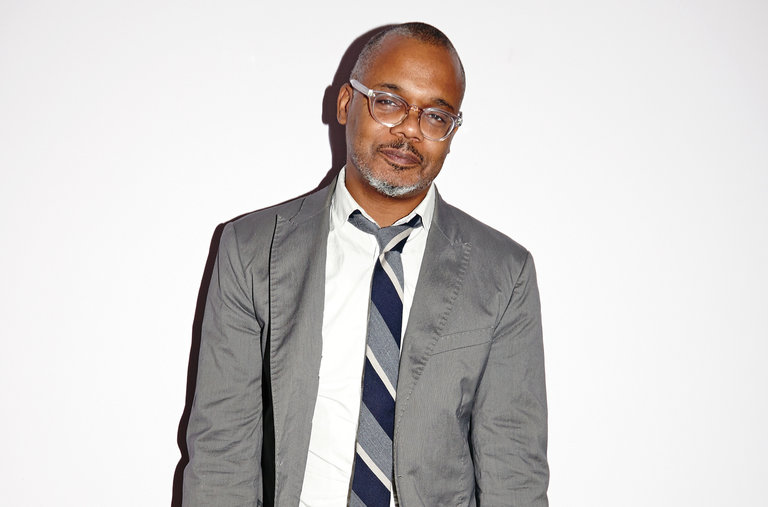 Jennifer Schuessler is a culture reporter covering intellectual life and the world of ideas. She is based in New York. @jennyschuessler