In ‘Lupin,’ Omar Sy Puts a New Twist on a Classic French Tale 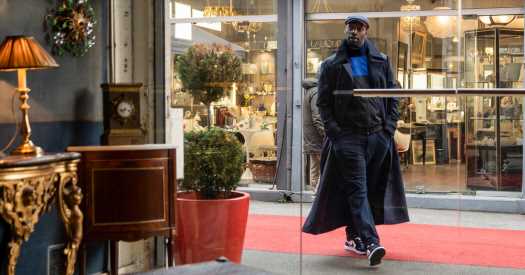 In 2011, a star turn in the French blockbuster film “The Intouchables” propelled Omar Sy to a César award for best actor and a budding Hollywood career, with roles in “X-Men: Days of Future Past” and “Jurassic World.”

This success made Sy, who was born near Paris of immigrant parents from West Africa, the kind of star whom a powerhouse production company like Gaumont might ask about his dream roles.

“If I were British, I would have said James Bond, but since I’m French, I said Lupin,” Sy said in a recent video call, in French, from his Los Angeles home. “He’s playful, he’s clever, he steals, he’s surrounded by women. Plus, he’s a character who plays characters. For an actor, he’s the best.”

A few years after that conversation with Gaumont, a five-episode installment of Sy’s new French-language series, “Lupin,” debuted on Netflix. Less than a week later, the show, a stylish caper set in the heart of Paris, had become the streamer’s second most popular title in the United States, the first time a French series debuted in the Top 10, according to Netflix. A second installment has been filmed and is set to follow later this year. 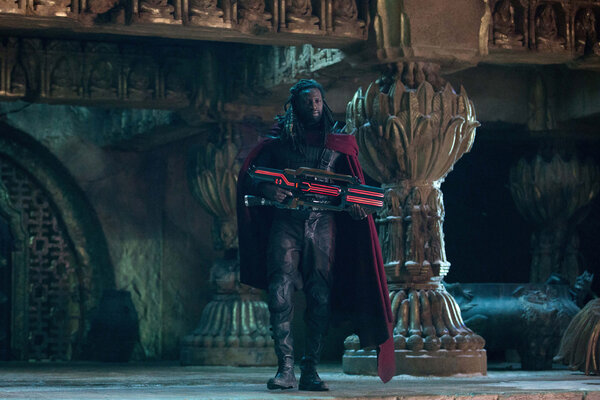 Except there is a plot twist: Arsène Lupin is not a character in the series that bears his name — at least not in the flesh.

But by now many American readers are probably wondering “Wait … Lup-who?”

Created by the French writer Maurice Leblanc in 1905, Arsène Lupin is an elite member of the gang of delightful rogues known as gentleman thieves. Like Thomas Crown, Danny Ocean, Simon Templar and (to include a gentlewoman) Selina Kyle, Lupin is elegant and efficient. He prefers disguise and persuasion to violence and is so dashing that his victims almost thank him for the honor of being robbed.

The hero of many shorts stories and novels, Lupin was first seen as the French answer to a certain British detective; Leblanc even cheekily wrote unauthorized crossover stories starring one Herlock Sholmès. France alone has produced several TV adaptations and movies about the thief. An entire generation can still sing the theme song from the series that ran in 1971-74. A splashy 2004 film starred Romain Duris.

Lupin is also a popular character in Japan, where in the 1960s the manga artist Kazuhiko Kato, known by his pen name, Monkey Punch, invented a grandson named Lupin III. That Lupin became the subject of several anime adaptations, including Hayao Miyazaki’s feature debut, “Lupin III: The Castle of Cagliostro,” and the recent 3-D release “Lupin III: The First.”

Sy, 42, plays not Lupin but a stylish, debonair Parisian named Assane Diop, the son of a Senegalese immigrant, who idolizes the fictional thief. Sy, who is also credited as an artistic producer, acknowledged that when he first proposed basing a project on Lupin, he was mostly familiar with the character’s reputation.

“Honestly, it was just something you had to know, a part of culture,” he said. “Later on, I connected the dots between the books, the TV shows I saw as a kid, and some mangas. I became totally addicted by working on ‘Lupin.’”

George Kay (“Criminal”), the show’s British creator and showrunner, said in a video chat that he had been more familiar with other fin de siecle pop-culture creations like Sherlock Holmes, the Scarlet Pimpernel or A.J. Raffles when he was brought on.

“But when I was told that Netflix wanted to do it with Omar Sy, he was attached, the combination of those two things made it really interesting to me,” Kay said. “Because there’s lots about Lupin I love: the tricks, the cons.”

The French filmmaker Louis Leterrier (“The Transporter,” “The Dark Crystal: Age of Resistance”), who directed the first three episodes of “Lupin,” was an early member of the creative team, from before the idea was brought to Netflix. (The series was produced by Gaumont for Netflix.) He said that it took a little while to zero in on a concept.

“Our first step was to figure out where we wanted to go,” Leterrier said in a video call. “Does Omar actually play Lupin? Is it contemporary or classic?”

Ultimately, “George Kay came in with an idea we all loved,” he added. “We wanted to see Omar in all his humanity and his experience with the myth, rather than call him Arsène Lupin and do something that had already been done.”

When we meet Sy’s Assane, he is obsessed with avenging his widower father (Fargass Assandé), who died 25 years earlier. The elder Diop, who worked hard to give his son the tools he needed to succeed in French society (starting with the importance of correct spelling), committed suicide in jail after being accused of theft, leaving young Assane an orphan. Assane’s most precious possession became a Lupin book bestowed upon him by his dad, a gift that would shape his entire life. (The series is subtitled “In the Shadow of Arsène.”)

Like Leblanc’s rapscallion, the adult Assane steals and gets out of jams thanks to his silver tongue and his talent for shape-shifting. But don’t expect any hyper-realistic latex masks à la “Mission: Impossible” — Assane is resolutely low-tech, befitting the series’s fleet footed, deliberately old-fashioned bent.

“Lupin was a keen observer of society and we wanted Assane to be the same,” Sy said. “He doesn’t need much to disguise himself: He joins the type of people who don’t get noticed, and he disappears.”

When Assane sets out to swipe a heavily guarded necklace at the Louvre, for example, he alternates between going undercover as a janitor and passing as a rich art-lover attending an auction. In the first case, he becomes invisible, a Black man among many others; in the second, he exploits the fact that he stands out in a sea of white faces, distracting his marks.

“I liked the ‘gentleman thief’ aspect a lot but I wanted to subvert it and give it a social angle,” Leterrier said. “I found the idea of a 6-foot-2 Black man sneaking around in both high society and the underworld interesting.”

Kay jumped on the opportunity to slip in statements without being heavy-handed. “Having a French-African ethnic lead is very important,” he said. “The character’s targets are the French establishment and the old school, and we’re playing these dramas out in these very classic Parisian settings.”

Indeed, Assane is very aware of how traditional French society perceives him, and he often uses those prejudices to hoodwink his victims. The show also sends a sly message by having the most dedicated fans of the Lupin books be of African and North African descent, or biracial.

For Sy, “it’s about putting a new face on what it means to be French today,” he said. “The archetype has changed.”

Whether cultural or familial, the idea of transmission runs throughout the show. For fans of the original stories, Easter eggs abound. On a more intimate level, Assane inherits the Lupin obsession from his father. He then passes it on to his own teenage son, Raoul (Etan Simon), whose mother is white, as a way to connect and smooth out a sometimes rocky relationship.

“It’s the first time I play this kind of father, who has a lot of baggage and questions,” said Sy, who himself has five children. “I’m always interested in fatherhood. It’s not easy, and you don’t know whether you were a good dad or a bad one until your children are grown up.”

For Sy, Leblanc’s old stories serve as a kind of bridge within the series. The Lupin book helps Assane relate not only to his father but also to his surroundings, and Assane wants it to have the same impact on Raoul. Culture, like family, is a means of belonging.

“The idea of inheritance moves me — what do we retain and what do we pass on?” he said “For me that’s the true meaning of life, what makes us human.”

END_OF_DOCUMENT_TOKEN_TO_BE_REPLACED

END_OF_DOCUMENT_TOKEN_TO_BE_REPLACED
We and our partners use cookies on this site to improve our service, perform analytics, personalize advertising, measure advertising performance, and remember website preferences.Ok