We’ve all had hard days at the office but spare a thought for ITV newscaster Rageh Omaar who ended a bulletin taking a swig of water before quickly realising he was trying to drink from a bottle with a closed lid.

When wrapping up Monday night’s ITV News at Ten, Omaar quickly spoke about Wales being back at the World Cup for the first time in 60 years following the final segment, but the late night at the desk might have got to him soon after.

As the credits started rolling, Omaar thanked viewers for tuning in and went to take a sip of water, only to quickly be met with a lid hitting his lips.

It didn’t take long for him to notice and quickly screw the cap off, but not before those watching along at home spotted the mistake.

Of course, the moment was then shared on social media, as TV critic Scott Bryan captioned a clip of what went down: ‘Well, that’s one way to end a bulletin’.

So far, his post has received more than 700 likes, with plenty of comments poking fun at what happened. 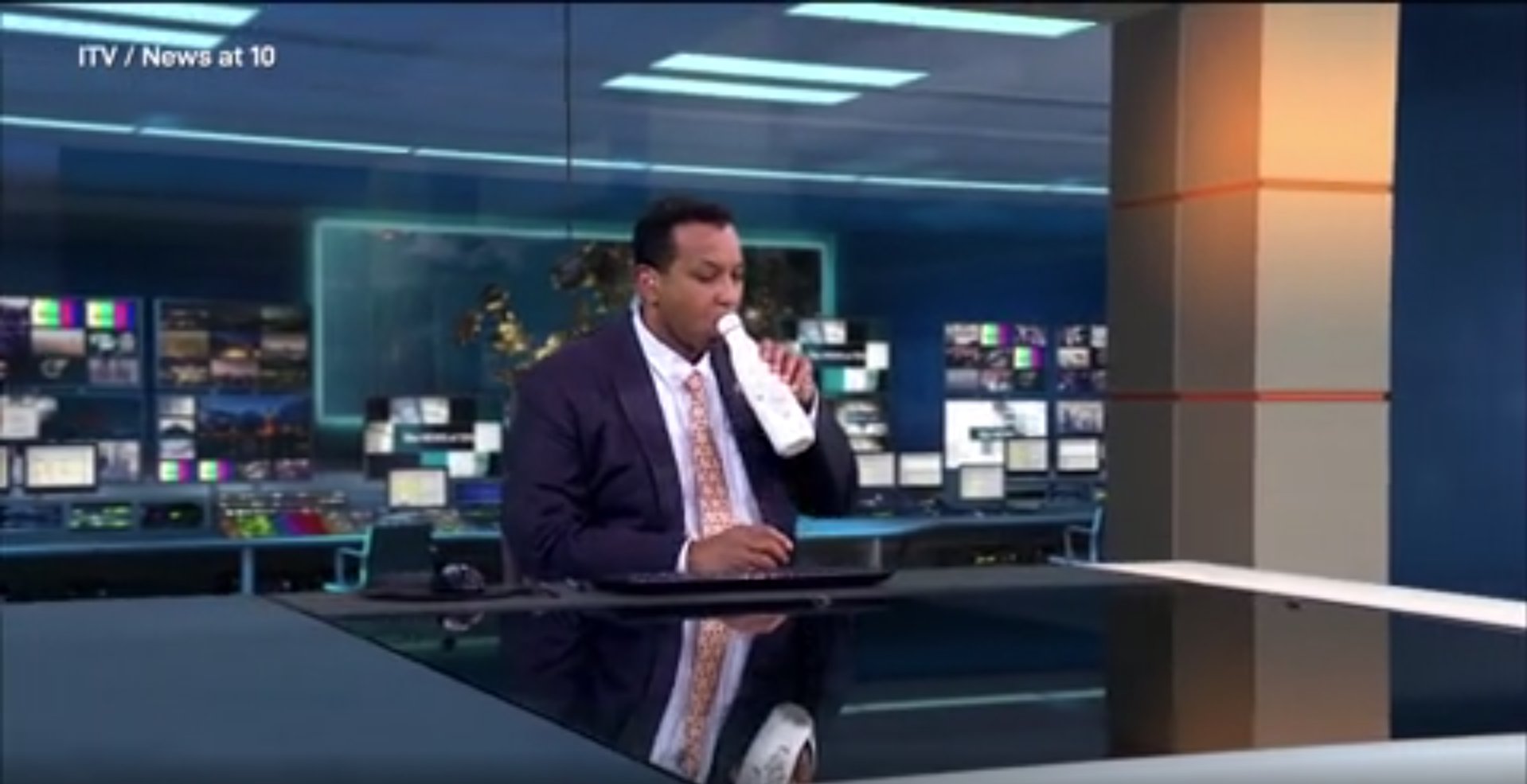 ‘A thirsty business,’ one person wrote.

Another pointed out that it was ‘important to hydrate’, but some others thought maybe he had a hard drink hidden in there.

Well, thatâs one way to end a bulletin. pic.twitter.com/0XpN6dzV9H

But someone else said they ‘thought he was drinking a bottle of milk at first’ after seeing the white bottle.

While Omaar is yet to address his little slip-up, he’s probably going to be keeping a careful eye on whether his bottle is opened or not next time he’s on air and feeling a little thirsty.