Ivanka Trump has taken one step further away from her family as she and Jared Kushner attempt to rebuild their lives after their short stint in Washington, D.C. Last month, she asked to be let out of having a court-appointed retired federal judge watch over her finances in the New York attorney general civil case against her, Donald Trump, Donald Trump Jr., Eric Trump, and the Trump Organization.

The prosecution team was reportedly concerned that they “may quietly try to relocate assets in anticipation of law enforcement action,” according to a Daily Beast source. Well, Ivanka is officially excluded from this requirement as of last week. She’s now free to run her business without the courts knowing how she’s spending her money.

Proving she really wants nothing to do with her family’s business messes, Ivanka made sure to hire her own legal team as well. She can thank her lawyers for arguing that she has not been a part of the Trump Organization since 2017. “Ms. Trump has had no involvement for more than five years… Ms. Trump has had no role as an officer, director, or employee of the Trump Organization or any of its affiliates since at least January 2017,” according to documents obtained by The Daily Beast.

Now that Ivanka has made it very clear she’s done with the Donald Trump empire (including her dad’s 2024 presidential campaign), she’s reportedly trying hard to rebuild that socialite image she and Kushner enjoyed back in New York City. However, this one legal hurdle doesn’t excuse her from the massive $250 million civil suit she has to face first. It’s a long road for her to repair all of the damage left in her dad’s wake. 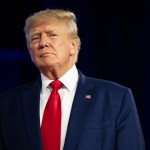