J. Lo and Shakira Bring the Heat to Miami With Fierce Halftime Show

Jennifer Lopez and Shakira proved that they are at the top of their game with their fierce halftime show at Super Bowl LIV on Sunday, February 2.

Dressed in a short and sparkly red dress, Shakira, 43, started things off with “She Wolf,” followed by rocking renditions of “Empire” and “Whenever, Wherever,” complete with fireworks exploding out of the Hard Rock Stadium in Miami Gardens, Florida. Special guest Bad Bunny then joined her for a cover of Cardi B’s “I Like It” before she ended her set with her hit “Hips Don’t Lie.”

Lopez, 50, took the stage next, kicking off her portion of the performance with “Jenny From the Block” and “Ain’t It Funny.” She nailed her choreography during “Get Right,” and then danced on a pole to “Waiting for Tonight” while dressed in a silver bodysuit. J Balvin was her special guest, performing his single “Mi Gente.” After “On the Floor,” Lopez’s 11-year-old daughter, Emme, joined her and Shakira for a medley of “Let’s Get Loud” and “Waka Waka.”

Us Weekly broke the news in September 2019 that Lopez was in talks to headline the halftime performance at the 54th championship game. Later that month, the NFL confirmed the news and added Shakira, 43, as a coheadliner.

“I’m super excited,” the Hustlers actress told Us and other reporters at the time. “We had an amazing tour this summer, so I feel really in shape for a show right now. … It’s a huge platform, big stage to perform on — one of the biggest shows of the year — and every artist dreams of doing it. I’m so excited that they chose two strong women, but also Latinas.” 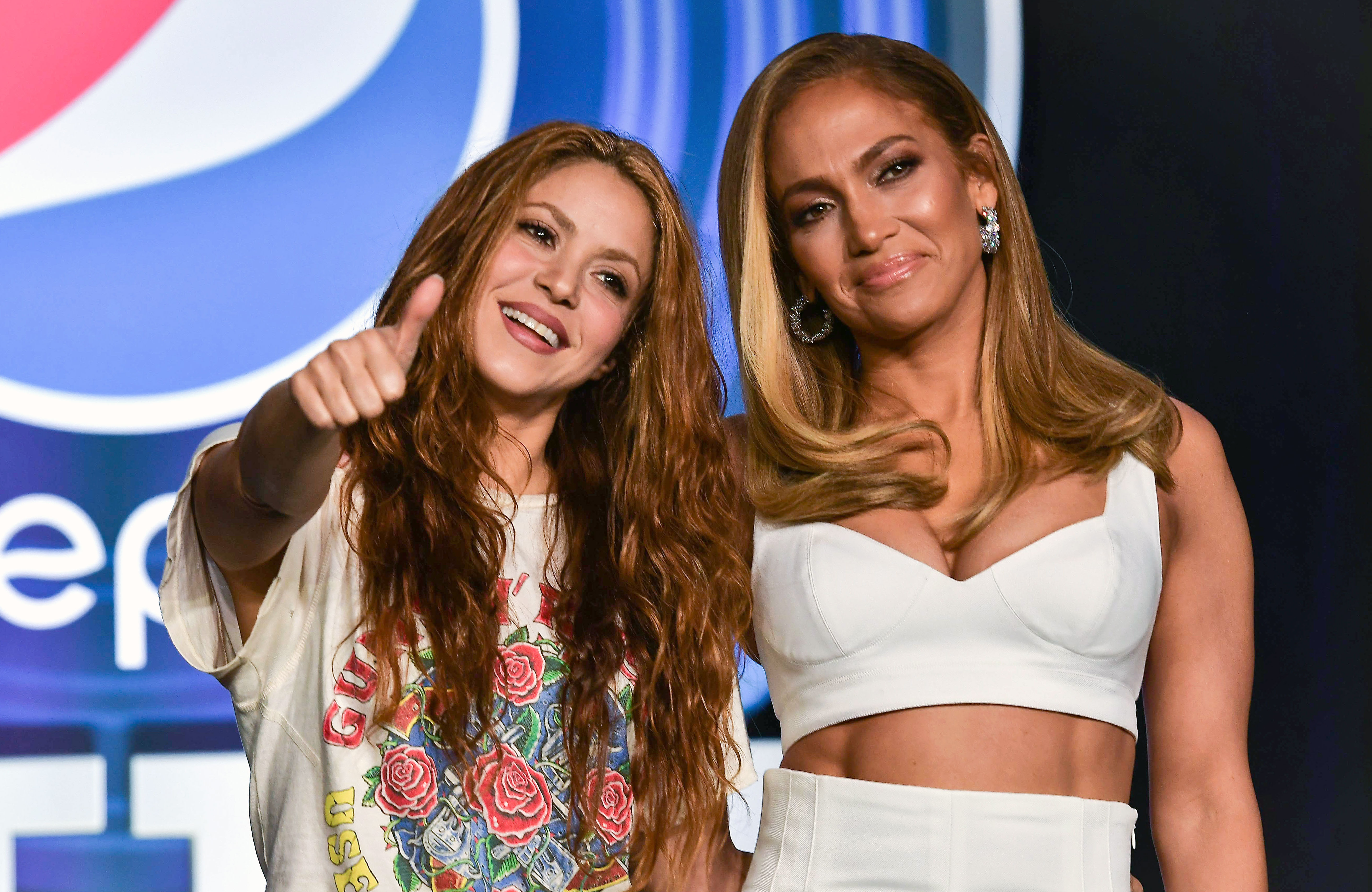 The Colombia native, meanwhile, echoed in November 2019 that she was looking forward to bringing her and J. Lo’s heritage to the stage.

“I feel really humbled with a great responsibility in my hands to represent that Latino community. Not only the Latinos who are born in the U.S. but also the ones who are born aboard. It’s going to be something,” she told the Associated Press. “It’s going to be on my birthday too. I’m going to be celebrating with a hundred million people. Some absurd number like that. No pressure!”

Demi Lovato kicked off Super Bowl LIV earlier on Sunday with the national anthem. This year’s game, which is being broadcast on Fox, finds the San Francisco 49ers facing off against the Kansas City Chiefs.