Jack Renner, Recording Master and a Founder of Telarc, Dies at 84

Jack Renner, who with Robert Woods founded Telarc, a record label whose carefully engineered recordings were prized by audiophiles and won dozens of Grammy Awards — 11 of them for him personally — died on June 19 at his home in Portsmouth, R.I. He was 84.

His daughter, Elizabeth Click, said the cause was cancer.

In the early 1960s Mr. Renner was a high school music teacher in Cleveland looking for a way out of teaching when he began to turn a hobby, recording things, into a business.

“There were a number of pressing plants around the country advertising in music magazines: ‘Send us your tape and we’ll make it a record,’ ” he told Stereophile magazine in 1998. “I found one that was doing franchising — they set you up with professional gear and taught you the basics. My business was dealing mostly with high schools, churches, colleges, community choruses, bands, for — I hate the term — ‘souvenir records.’ ”

He soon met and teamed up with Mr. Woods, a vocal soloist who sang at Cleveland churches. Mr. Woods’s contacts with musicians in the Cleveland Orchestra expanded the business, with various players in the orchestra making vanity records.

“It gave us an opportunity to record some very fine musicians,” Mr. Renner recalled in that interview.

The two formed Telarc in Cleveland in 1977, starting off with a certain audacity: Recording Lorin Maazel and the Cleveland Orchestra, they employed the rarely used direct-to-disc method, which captured the sound directly onto a disc rather than tape and was thought to offer superior audio quality.

The album was called “Direct From Cleveland.”

“It met with mixed success,” Mr. Renner said in a 2011 interview with the Audio Engineering Society. “There were too many fingers in the pie.” But, he added, “it put us on the map.”

Telarc soon began working in the emerging field of digital recording. In 1978 the company made what Mr. Renner said was the first commercially released digital recording of symphonic music in the United States, featuring Frederick Fennell and the Cleveland Symphonic Winds.

“It created a lot of stir among audiophiles,” he said. “It had a bass drum that blew up speakers. Everybody accused us of hyping the bass drum. We didn’t.”

Mr. Renner was Telarc’s chief engineer, tackling the difficult task of how to record ensembles in a way that would capture the truest sound. Others were soon trying to copy his microphone placement practices.

“When I first started making orchestral recordings with three and four microphones, I had a lot of imitators,” Mr. Renner told Stereophile. “But people just didn’t quite get it right. Because it’s not just putting up three or four mikes. It’s which mikes you choose, it’s the cable, it’s the electronics — it’s the whole signal path.”

He won the first of his Grammys in 1985, for best engineered classical recording, for an Atlanta Symphony Orchestra recording of Berlioz. But, with his projects scrutinized by audiophiles with exacting standards and varying tastes, he was always conscious that perfection was in the ear of the listener. 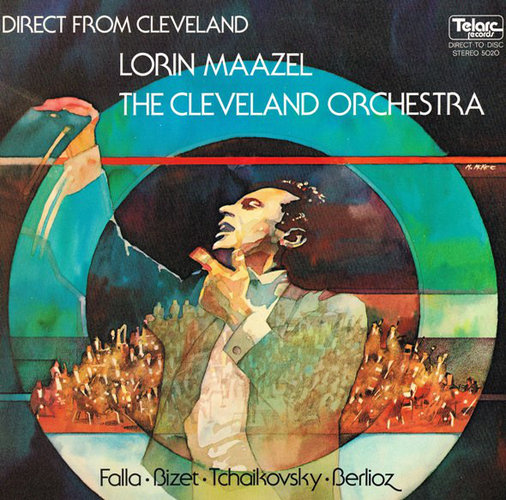 Jack Lee Renner was born on April 13, 1935, in Barnesville, in eastern Ohio. His father, Wade, was a dispatcher for the Ohio Highway Patrol and had played trumpet in the Marine Band. His mother, Elizabeth Decker Renner, was a homemaker.

Jack grew up in Freeport, Ohio, and began playing the trumpet himself at 10. An uncle introduced him to the wire recorder, starting him on a hobby that would become a profession.

Mr. Renner attended Ohio State University, receiving a bachelor of science degree in music education in 1960. He began teaching high school and strung together various jobs in his off hours.

“I was doing everything possible to make ends meet,” he said. “I directed a church choir and a semiprofessional men’s chorus. I played in jazz groups and taught private lessons.”

After he and Mr. Woods started Telarc, they regularly recorded the Atlanta Symphony Orchestra, the Cincinnati Pops, the Cleveland Orchestra and other classical ensembles. In addition to being an early adopter of digital recording technology, Mr. Renner and Telarc were quick to get into the compact disc game; Telarc issued its first CDs in 1983.

If that turn to CDs produced any trepidation among Telarc fans, many of whom still viewed LPs as the purest form of recorded music, it did not last. Richard Dyer, reviewing a new Cleveland Quartet album in The Boston Globe in 1987, called it “an absolutely wonderful compact disc.”

“The sound of the string quartet is not the easiest thing to capture in the digital/compact disc format — most string-quartet CDs this listener has heard make him reach for the Anacin — but Telarc has managed to make it sound musical,” Mr. Dyer wrote.

Mr. Woods and Mr. Renner eventually branched out from their classical roots, most notably into jazz: They recorded Dizzy Gillespie, Oscar Peterson, John Pizzarelli, Dave Brubeck and others. In 2005, Telarc was acquired by the Concord Music Group, and Mr. Renner retired.

In addition to his daughter, he is survived by his wife, Barbara Pease Renner; two sons, Scott and John; and six grandchildren.

“I like to think of myself as being a re-creator,” Mr. Renner told Stereophile, “trying to re-create an event that occurred in time and space.”

Although many have made glum predictions about the future market for classical recordings, Mr. Renner remained optimistic.

“I believe that as long as consumers are attending concerts and hearing live music they want to hear again,” he told the audio site SoundStage! Ultra, “there will be an ongoing classical recording industry.”