Jackson Pollock, Before the Drip

For Jacques-Louis David it was “The Oath of the Horatii,” for Kazimir Malevich it was “Black Square,” for Virginia Woolf it was “Jacob’s Room,” for Amy Winehouse it was “Rehab.” These are the breakthrough works — the hinges between the early career and the mature one. Everything before them looks like a warm-up, everything after like a natural outcome, though at the moment of their creation, who could tell?

For Jackson Pollock the hinge was soldered in 1943, when Peggy Guggenheim commissioned him to execute his first monumentally scaled painting: a 20-by-8-foot mural for the narrow vestibule of her Upper East Side townhouse. He’d already won some acclaim for early, Surrealist-inflected paintings, heavily influenced by his teacher Thomas Hart Benton and by the Mexican muralists he revered. But in “Mural,” Pollock opened up into canvas-covering gestural abstraction, with raw, sweeping lines applied with the action of the full body. The ponderous symbolism and overcalculated squiggles of Pollock’s first years got channeled to something rhythmic, automatic, almost dancing, and almost drippy. 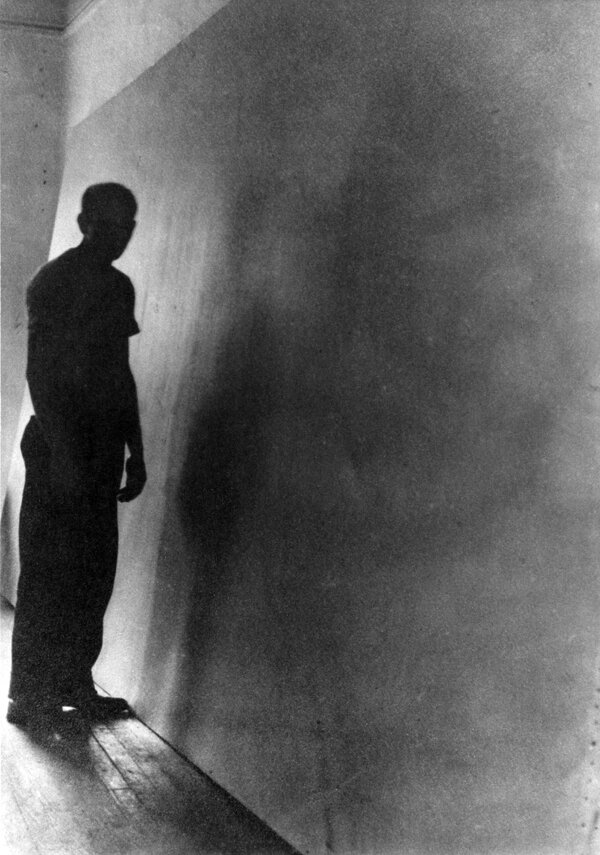 “Mural” now belongs to the University of Iowa, to which Peggy Guggenheim donated the painting in 1951. The university’s art museum was destroyed by flooding in 2008 (its collection got evacuated in time) and so the painting has been undertaking some journeyman years. A year-and-a-half recuperation at the Getty Conservation Institute in Los Angeles restored the yellowed, sagging mural to its original vibrancy. Since then the massive canvas — the thing weighs 345 pounds — has been craned in to London and Bilbao, Boston and Sioux City, and now to a gallery of the Solomon R. Guggenheim Museum.

It’s the first time “Mural” has returned to New York since the Museum of Modern Art’s Pollock retrospective of 1998-99, and it probably won’t be back for a while; Iowa hopes to reopen its art museum in 2022, with its prize back in place. And the timing is auspicious … well, if any moment can be called auspicious in 2020. Its arrival has coincided with “Vida Americana,” the Whitney’s barnstorming exhibition on Mexican muralists and the Americans who loved them, now extended after a coronavirus closure. That show has eight other paintings by the pre-drip painter, which together with “Mural” add up to an accidental festival of early Pollock.

This young painter from Wyoming followed his brother to New York in 1930, and enrolled in Thomas Hart Benton’s courses at the Art Students League. Benton’s brawny figures would be a formative influence for Pollock, though he had already fallen hard for José Clemente Orozco’s murals in California, and later would attend a workshop with David Alfaro Siqueiros, the most Marxist of the muralists who anchor “Vida Americana.” At the Whitney, Orozco’s thickly outlined figures inform Pollock’s “Untitled (Naked Man With Knife),” completed around 1940 — whose torqued and tightly locked nudes, in turn, foreshadow the interlocking curves of “Mural.” There’s more action in an untitled, wide-format painting of a tumbling bullfight, which evidently channels Siqueiros’s vigor and violence.

Violently alcoholic, clinically depressed, Pollock received in 1940 a 4F deferment from the draft, which kept him in New York during the war. He found work as a preparator at the still new Museum of Non-Objective Painting (the forerunner of the Guggenheim Museum), but quit when Peggy Guggenheim offered the emerging artist a monthly stipend: first $150, later $300. She showed his smaller paintings at her gallery, Art of This Century, and thought a large-scale work in her home could occasion not only an artistic breakthrough, but a commercial one. She instructed Pollock to paint the mural on a canvas, rather than directly on the wall, so that she could show it at the gallery as well as at home. (The adviser who gave Guggenheim that shrewd idea was one Marcel Duchamp.)

Therefore Pollock worked on “Mural” not at Guggenheim’s East 61st Street townhouse, but in the ratty Eighth Street apartment he shared with Lee Krasner. To make space for the giant canvas, and no doubt to the delight of his landlord, he tore down an entire wall. He structured the composition with seven more or less vertical arcs of brown-to-black, which encourages you to read it horizontally, like a narrative panorama. Chez Peggy, coming in the front door, you’d have read it right to left — the same approach you’ll have at the museum if you enter the gallery from the central spiral. The side gallery’s low ceiling, too, offers a hint of domestic scale.

Yellow and white contours quiver in the gaps between the brown-black armature. Broad, gestural curlicues offer haptic echoes of the artist’s motions, but there are also harder angles hiding in there, particularly in trickling, horizontal gashes the color of a blood orange. Dark curves shaped like S’s or J’s hook and tangle into lighter ones — a trick the artist tested out with “The She-Wolf” (1943), a still representational picture the Guggenheim has borrowed from MoMA here, and brought to a boil in “There Were Seven in Eight” (c. 1945), which finally sloughs off the mythology to leave just a forest of lines.

Already, Pollock was exploring multiple forms of paint application, and probably was using more tools than just a brush. Thick teal lines in “Mural,” often running in near lock step to the brown-black skeleton, are evidently done with a wide-bristled instrument. But the thinner pink lines, in particular, appear flicked or slashed with a stick.

For years the legend endured that the breakthrough came in a single, frenzied night, after months of artistic paralysis. Krasner, more than once, nurtured this story. So did Clement Greenberg, Pollock’s most ardent critical supporter. The dark night of “Mural”’s conception forms an integral chapter of the so-called triumph of American painting in the 1940s — when New York ostensibly eclipsed Paris as the capital of the arts — and the myth was certainly good enough for Hollywood. If you’ve seen the 2000 film “Pollock,” you’ll remember Ed Harris staring down an enormous white canvas, pacing, smoking, ignoring Marcia Gay Harden as she warns “Peggy’s threatening to reconsider!” — and then, in a flash, slathering the canvas with black loop-de-loops, basting its expanses with pink, yellow and blue.

Nice story. Not true. As the Getty’s conservators have confirmed, Pollock actually worked on “Mural” for months, allowing passages of slow-drying oil paint to harden before moving forward. And, contra the big, balletic gestures that Mr. Harris executes in the movie, it seems Pollock laid down the lighter yellow accents before the brown-black poles that eventually structured the mural. That’s an important insight, as it gets us away from the “my kid could do that” fallacy that still weighs upon Pollock, especially his later drips. “Mural,” in fact, cohered through a more deliberate process of painting, in which instinct and intellect track one another at every step.

I’d seen “Mural” once before, when it washed up at the Peggy Guggenheim Foundation in Venice in 2015, and I’m glad to see it again here after the Mexican marvels of “Vida Americana.” In the context of the Mexican muralists, above all Siqueiros, this hinge painting appears here as a more composed and indeed more social artwork, and not so weighed down by the Jungian claptrap and penny-ante existentialism that, after three-quarters of a century, cling to Pollock still. That “subtle, questing formal intelligence,” as the critic Michael Fried would later write, got so obscured in the mid-1940s that Pollock had to find a way out of the field that the Mexicans and Benton cleared for him. Those influences would get purged slowly, sublimated; and would, in a barn in the Hamptons a few years later, resolve into a trickle.

Away From the Easel: Jackson Pollock’s “Mural”