We were brought to tears from John Travolta’s loving tribute to his best friend and Grease co-star, the dearly departed Olivia Newton-John. But another one of Newton-John’s best friends in the world left multiple beautiful tributes for the legend. Jane Seymour hasn’t missed a beat in reminding the world what a “positive light” Newton-John was.

On Aug 8, Seymour posted a photo tribute to her departed friend on Instagram, putting in the caption, “I’m devastated to hear that my dear friend Olivia has passed.⁣⁣ ⁣⁣ She was always a great friend and confidant to me. Olivia inspired everyone with her positive attitude to life and unfailing desire to help others.⁣⁣ ⁣⁣ I had the privilege of meeting her whilst living with her sister Rona when I first moved to the US. We became fast and lifelong friends.” She added, “She was not only a brilliant musician, actress, and singer but a wonderful mother, wife, and sister. ⁣⁣The world has lost one of its brightest lights.⁣⁣ ⁣⁣I will never forget you Livvy.⁣⁣ ⁣⁣Love always Jane.”

You can see the photos HERE.

She put in photos of her and Newton-John throughout the past decade, both glowing and looking so happy. The next day, Seymour appeared on the Today Show on Aug 9 to discuss her departed friend and their beautiful 40-year-long friendship.

“We had a lot of ups and downs with careers and husbands and children and life. We had a very special bond, and it was pretty unique for me,” she said. “I don’t think I ever had a friend that really could understand or wanted to understand what that life was like. And I really miss her.”

Seymour shared that she had the “privilege” of seeing Newton-John “not that long ago.” She said, “She just looked around and said, ‘Isn’t it beautiful here?’ I said, ‘Yes, it is.’ She said, ‘I just sit out here, and I just look at the world. I mean, how beautiful? I look at the sky, listen to the hummingbirds, I look at that dog. Look at this life that we have. And us together after all these years.’” 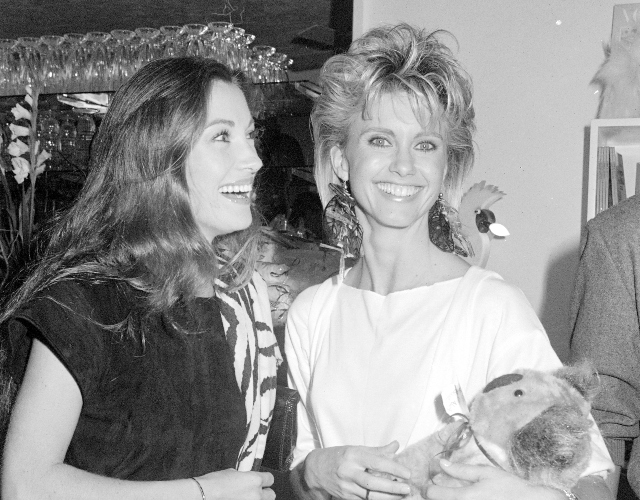 She reminisced how they met through her father and Newton-John’s sister, with her sister Rona being a patient of Seymour’s OB-GYN father. The Wild Harry star talked about how Newton-John surprised her in Singapore and how amazing of a soul she had.

In the same interview with Today, Seymour said Newton-John taught her that “life is a journey.” She said, “She just had such strength and fortitude. As much as she was suffering, she never spoke about it, ever. She just put a smile on her face and said, ‘I’m thriving. I’m thriving.’”

On Aug. 8, Newton-John passed away at the age of 73 at her ranch in Southern California from her decades-long battle with breast cancer.

Before you go, click here to see more photos from Olivia Newton-John’s life. 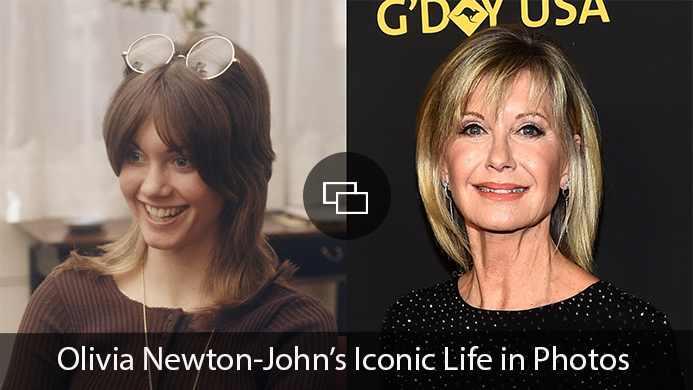