The big news on Monday is that Paula Abdul is returning to her roots on American Idol and she’s got an A-list friend who is cheering her on: Janet Jackson. The “Forever Your Girl” singer is going back to the judges’ table after current judge Luke Bryan tested positive for COVID-19 and will be out of the ABC competition show’s first live episode of the season. 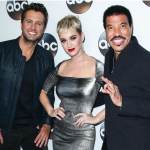 While everyone wishes Bryan well in his recovery, Jackson is stepping up to give props to her former choreographer about returning to the Idol set with an Instagram post. (See the cute photo here.) The image has the two women cuddling close together with big smiles on their faces — through all of the decades of working together, their friendship still runs deep. The “Rhythm Nation” star made sure to add a sweet message for Abdul, writing, “Sending luv to u today @paulaabdul 😘”

The first big job Abdul did for Jackson was 1986’s “Nasty” music video and the partnership was a match made in creative heaven. “I’m very grateful, because this was really the big start to my career. When I was introduced to Janet, I was told by A&M Records that Control was going to be an important album for her, and when I started hearing demos, I was really, really excited to work with her,” Abdul told Rolling Stone in 2014. “I felt like I had a chance here to really create something big for her. It was so inspiring.”

That friendship has endured for 35 years, and while they don’t collaborate as much as they used to, it’s nice to see the support and love between the two of them. It’s also fun to think of Jackson sitting on her couch rooting for Abdul while watching American Idol. We’d also like to think the two of them will be comparing notes on that evening’s performers after the show is over — an epic friendship needs an epic text thread.