Jerry Carrigan, who played drums on landmark recordings by Southern soul singers like Arthur Alexander and Jimmy Hughes and country stars like George Jones and Dolly Parton, died on June 22 in Chattanooga, Tenn. He was 75.

His death was confirmed by the record producer and bassist Norbert Putnam, a longtime friend and collaborator, who said Mr. Carrigan had been seriously ill for several years.

As a session drummer in Muscle Shoals, Ala., and later in Nashville, Mr. Carrigan was known for an approach that valued feeling over flash.

He also had a fertile musical imagination, deploying everything from keening rimshots to dramatic shifts in dynamics — and on one occasion, a George Jones-Tammy Wynette session, his bare hands — to galvanize recordings by everyone from Elvis Presley to Henry Mancini.

“We were always looking for new ways to play a rhythm track,” Mr. Putnam explained in an interview, recalling the period in the early 1960s when he, Mr. Carrigan and the pianist David Briggs served as the rhythm section at FAME, the acclaimed recording studio run by the Muscle Shoals producer Rick Hall.

The three men were still teenagers when they took part in their first session for Mr. Hall, recording Mr. Alexander’s brooding, Latin-inflected “You Better Move On,” a Top 40 pop single in 1962.

“You Better Move On,” which was subsequently covered by the Rolling Stones, was the first hit recorded at FAME. It became a prototype for the loose, funky style of playing known today as the Muscle Shoals sound, which helped the studio earn a reputation as a destination for singers, among them Aretha Franklin and Cher, who wanted to make records steeped in down-home musical vernacular.

In 1964, with Muscle Shoals still emerging as a recording center, Mr. Carrigan and his colleagues were the backing band for the Righteous Brothers and Tommy Roe when they opened for the Beatles at their first United States concert, in Washington.

The next year, after a financial dispute with Mr. Hall, the three men left Muscle Shoals to pursue opportunities for session work in Nashville, leaving a new group of musicians to replace them. 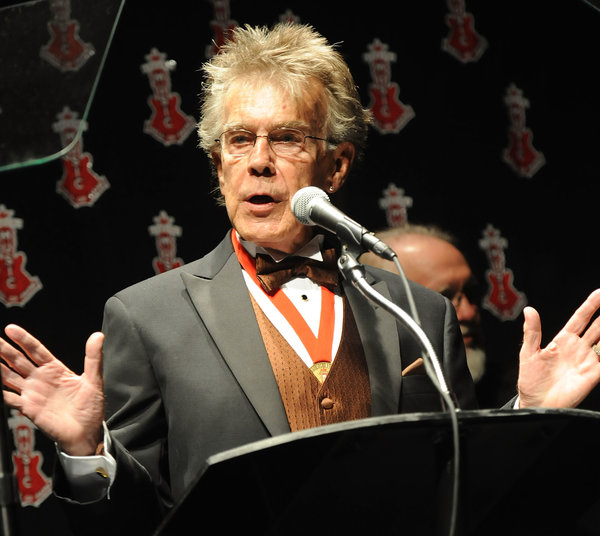 Mr. Carrigan would appear on hundreds of hits made in Nashville over the next decade, infusing country music with R&B grooves and helping usher in the soulful variant of the Nashville Sound associated with the term “countrypolitan.”

Among his best-known credits are Sammi Smith’s “Help Me Make It Through the Night,” Charlie Rich’s “Behind Closed Doors” and Charley Pride’s “Kiss an Angel Good Mornin’,” all of them No. 1 country hits that crossed over to the pop Top 40. All those recordings featured the fat snare sound for which he became known.

“I started playing real loose, deep-sounding snare drums on country records,” Mr. Carrigan said at an event held in his honor at the Country Music Hall of Fame in Nashville in 2009.

“Billy Sherrill loved it,” he continued, referring to the celebrated Nashville producer, “so I started experimenting with different things, different kinds of drums. I bought the first set of concert tom-toms that were in Nashville. I think that’s one reason the producers liked my sound. I had a different approach.”

Jerry Kirby Carrigan was born in Florence, Ala., on Sept. 13, 1943, the only child of Larry and Elaine (Kirby) Carrigan. His father was a painting contractor, and his mother worked in a jewelry store and later owned a shoe shop.

He began his recording career at age 13, playing drums on a Nashville session with the group Little Joe Allen and the Offbeats.

Enthralled by the funky drumming of the New Orleans powerhouse Earl Palmer, which he heard on records by Fats Domino and Little Richard, Mr. Carrigan played in R&B cover bands while in high school. After that, he, Mr. Putnam and Mr. Briggs joined the Mark Vs (later the Pallbearers), a band led by the blue-eyed soul singer Dan Penn.

Mr. Carrigan was elected to the Alabama Music Hall of Fame in 2010.

His wife, Vickie, died before him. No immediate family members survive.

Mr. Carrigan remained an active session drummer until 1980, when another generation of first-call studio musicians was establishing itself in Nashville. He went on to play in John Denver’s touring band from 1981 to 1990. But he said he always preferred recording sessions with top professionals to playing with a road band.

“Once you’ve played with the best,” he said in his Country Music Hall of Fame interview, “you don’t want to do anything else.”