When you use a phrase like “from 0 to 60 in five seconds flat,” you’re usually talking about sports cars. But a member of the Gaines family just aged from one to, uh, 70-ish instantly — and the results are truly hilarious. Joanna Gaines used the old FaceApp filter on baby Crew, sharing the results with her social media followers. In fact, as the FaceApp Challenge reached a fever pitch on Tuesday, Joanna and husband Chip Gaines got in on the fun themselves. Still, as funny as the future versions of the Fixer Upper stars are, baby Crew is the best little advanced aging face we’ve ever seen.

In case you somehow missed it, FaceApp is an image-modifying app blowing up on social media right now. Among its features is an “old” filter which, as the name suggests, takes whoever is being photographed and makes them look as though they’ve aged decades in an instant. Like virtually everyone else on the internet right now, Joanna got sucked into the viral FaceApp challenge, downloading the app and trying it on, by her telling, everything. Sharing photos of herself and Chip filtered into their Golden Years to her Instagram stories, Joanna confessed, “I can’t stop.”

Subsequent snapshots of baby Crew prove she wasn’t kidding. The mother-of-five turned the wrinkle-inducing app on her youngest child, who turned one in June. 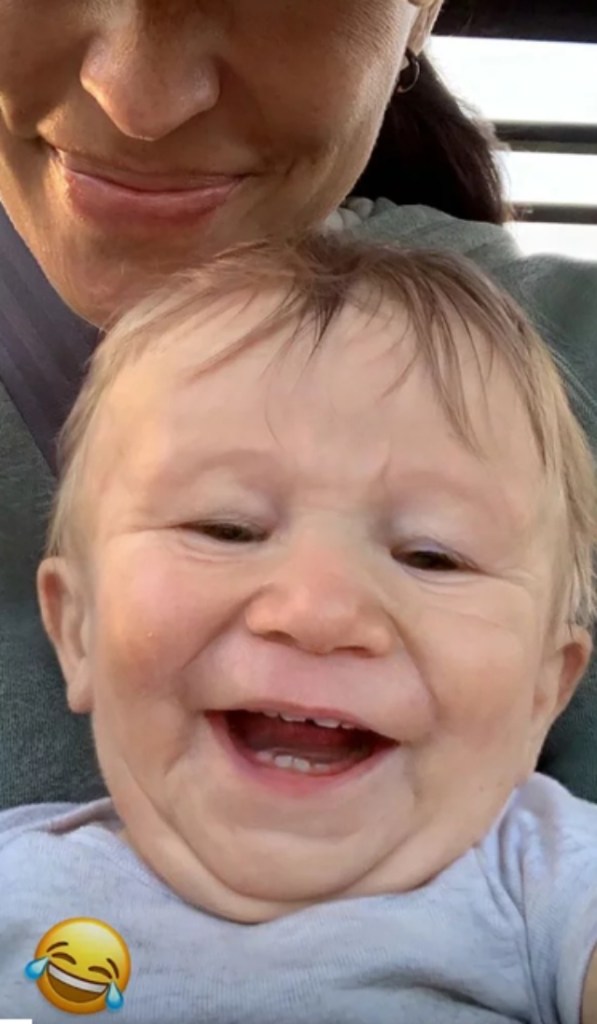 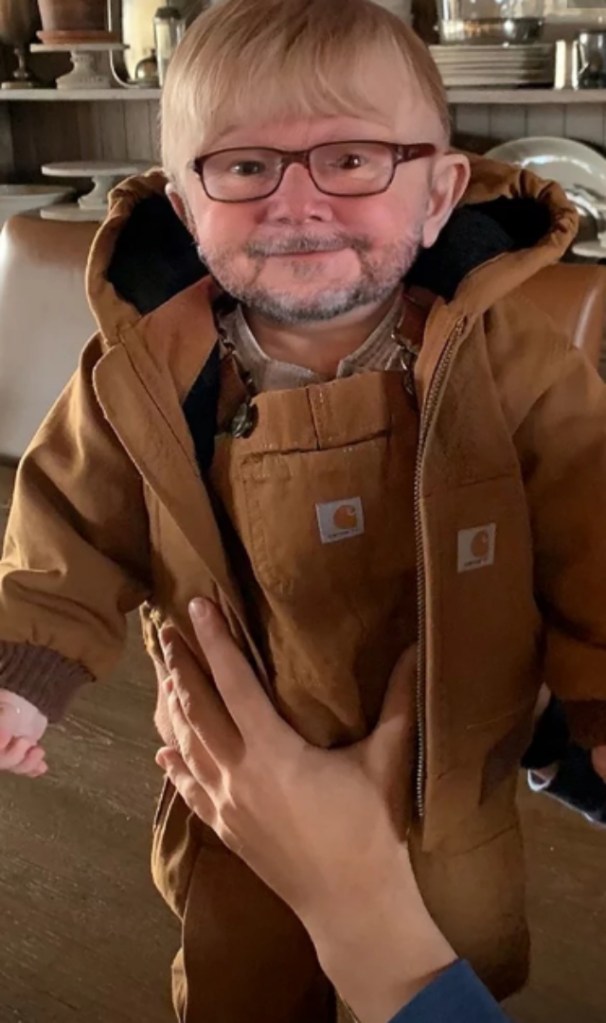 In one photo, baby Crew smiles at the camera and looks like a jolly, tiny old man. But it’s the second photo that gets us. Crew is dressed in Carhartt overalls with a matching Carhartt jacket, sports glasses and a beard. Is it just us or does his rapidly matured face make him look a lot like Chip?

Although the pics of baby Crew were obviously funny and hyperbolic, they may have been a silly reminder to the family about just how fast the youngest Gaines really is growing. On Monday, Chip shared a photo from the family farm of the little boy toddling towards his dad with arms outreached. “Little crew took his 1st steps today.. It was a good day!” And over the weekend, both Chip and Joanna shared photos from baby Crew’s birthday party in June, prompting Joanna to write, “I can’t believe Baby Crew is already ONE!”

So, the proud parents probably had a good laugh over the toddler’s Benjamin Button treatment courtesy of FaceApp, but they likely aren’t in any rush for their little boy to grow up any faster than he already is.