John Belushi in Focus: What a New Film Gets Right and What It Misses

In his brief six years on the national stage, no comic was more popular than John Belushi. At the height of his fame, in the late 1970s, he eclipsed even Steve Martin and Robin Williams by starring in the top-rated new phenomenon, “Saturday Night Live” and what was then the highest grossing film comedy ever, “Animal House,” while his band, the Blues Brothers, had the country’s No. 1 album, “Briefcase Full of Blues.”

And yet, the wild successes of his life have still been partly overshadowed by his shockingly abrupt death, of a drug overdose at the age of 33 in 1982. Two years later, Bob Woodward took a rare foray outside politics to release a book about Belushi, “Wired,” an oddly clinical, coldly lurid best seller that focused on the star’s debauched final days. It reads like a series of “Behind the Music” episodes transcribed by an accountant. That controversial book still looms over Belushi’s legacy, and while there have been several attempts to fill out his story, including a memoir by his widow that fixates on Woodward, a new movie by the documentary veteran R.J. Cutler (“The September Issue”) is the first portrait that vividly humanizes Belushi while remaining cleareyed. 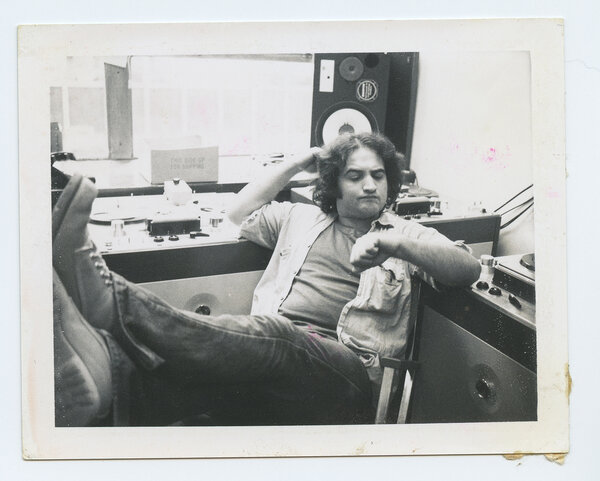 The key to the film, “Belushi” (debuting Sunday on Showtime), is its primary sources. In documentaries, they can be the difference between textbook history and gripping drama. Cutler lavishes attention on private photos, childhood videos, old interviews, but most of all, Belushi’s letters, presenting a figure much more introspective and sensitive than the frat-boy icon Bluto from “Animal House,” his most famous character. Cutler doesn’t look back so much as try to tell Belushi’s story in a present tense. This has drawbacks, including a missing critical voice to contextualize and explain the star’s aesthetic. But amid a glut of fawning comedy documentaries, Cutler’s movie stands out as balanced, illuminating and compulsively watchable.

On television, Belushi appeared to be a blue collar Everyman who “represented messy bedrooms all over America,” as Steven Spielberg, who cast him in “1941,” once described him. But Belushi was also driven and ambitious, the kind of guy who kept his good reviews in his pocket, alert to artistic credibility. One year after the 1975 premiere of “S.N.L.,” he worried that the show leaned too much on repeated characters (like his samurai and bee appearances) and catchphrases and that it created a star system — all common criticisms for the next four decades, albeit Belushi was the rare star willing to go public during his time there.

Belushi was a television star who said he disliked television. Lorne Michaels originally didn’t want to hire him, and one gets the sense that after Belushi’s stint, the balance of power between producer and star of “Saturday Night Live” would never be the same again. There’s an unsettling scene in the documentary when Belushi’s health had deteriorated so much that a doctor tells Michaels that if the comedian performs on the show that week, his chances for survival would be 50-50. “I could live with those odds,” Michaels says dryly.

This story has appeared before, in a 2005 oral history about Belushi, which is based on taped interviews that are also used in the movie. In that book, Al Franken points out that while Michaels would later force Chris Farley to go to rehab, he adopted a less compassionate approach with Belushi, getting him medical attention just to “make sure he could function for the show.” One imagines that Michaels’s experience with Belushi also informs his handling of the mental health issues of Pete Davidson today.

But reading about this doesn’t have the same impact as hearing the blasé voice of Michaels. That provides a fascinating window into the ruthlessness — even during a more reckless, seat-of-your-pants era — that helped him build the most resilient juggernaut in comedy.

“Belushi” risks descending into mythmaking, presenting the star as a Dylan-like figure, a rebel from the middle of the country who writes poetry and balks at fame. Cutler includes Belushi’s response when a journalist asks him what his father did: hit man. (He actually ran a restaurant.) But it doesn’t shy away from his sexism, his inconsistency or his self-destructive impulses. Cutler tells a harrowing story of the impact of Belushi’s drug use in a simple litany of photos, showing a rakish figure transforming into a bloated, empty-eyed one. There’s some surprisingly melancholy moments, like an interview with Gene Shalit in which Belushi looks entirely defeated.

The explanation of his decline is a skillfully structured narrative of increasing isolation, that includes the death of his grandmother followed by the loss of a trusted bodyguard and most wrenchingly, the estrangement from his wife, who seems to anticipate his death. (“I’m afraid he’ll die,” she writes in one letter.) He also writes about his own self-destruction in bracingly blunt terms, coming off as a doomed tragic hero. Whereas the Belushi of “Wired” seems remote, a figure being observed from a distance, these private letters give a picture of his inner life that brings us closer to him. It’s the difference between a quick comic sketch and a probing psychological drama.

This rise-and-fall arc can be so gripping that you can almost excuse how little the documentary seems interested in Belushi as a comedian. But decades after his death, many today don’t know his work, and this movie doesn’t present a sustained case for what made him peculiarly funny. It’s a missed opportunity because you could easily find echoes of his life in his comedy. He appeared in the first sketch in the history of “S.N.L.,” abruptly falling on the floor and dying, and in the third episode, his incredible impression of Joe Cocker ended in convulsions. One of his breakthroughs, an appearance on Weekend Update, also ended with a heart attack.

Belushi, who specialized in impressions of other charismatic cultural icons like Jack Nicholson, Marlon Brando and William Shatner, attacked his roles with a visceral, explosive aggression. (The funniest moment in “The Blues Brothers” is when he badgers, in a guttural voice, a parent at a fancy restaurant: “How much for the little girl?”) But what made him more than just a wild and crazy guy was a broad tender, romantic streak, particular in less verbal scenes.

His physicality, both athletic and graceful, was his real gift. My favorite of his sketches is a wordless interlude with Gilda Radner at a laundromat where they meet, see there’s just one machine available and decide to do their clothes together. It’s a simple, sweet romance, unimaginable in today’s “S.N.L.,” carried by pantomime that is not just elegant but thoughtful. With the most expressive eyebrows in comedy, Belushi performed the birth of an idea as well as anyone.

It’s tempting to wonder what might have been. If Belushi had lived, would he have made more hits and developed as a dramatic actor like Bill Murray (Dan Aykroyd began writing “Ghostbusters” with Belushi in mind) or fade away with a deteriorating reputation like Chevy Chase?

Belushi’s obscure final movies, “Continental Divide” and “Neighbors,” provide evidence for either route. They show him trying to stretch and work against his reputation, playing a conventional romantic lead and a repressed square. Both movies were minor failures, artistically and commercially, but ambitious, interesting ones. Mostly, they bring to mind what Eddie Murphy, the next supernova “S.N.L.” star, told Playboy when asked what he thought upon hearing Belushi died: “What a waste.”