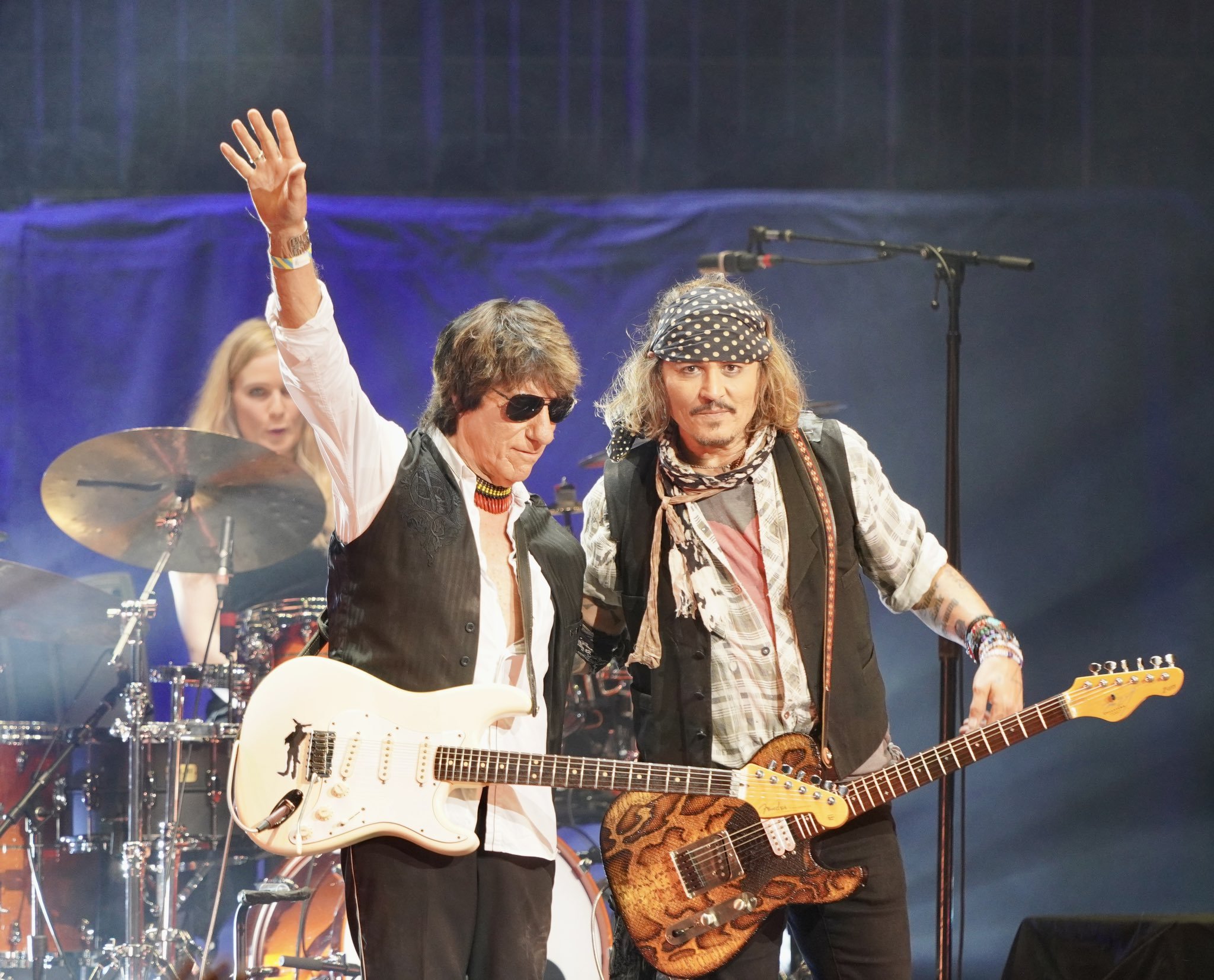 Johnny Depp has been left ‘totally devastated’ by the death of his friend Jeff Beck.

The celebrated English musician, who played with the Yardbirds and led the Jeff Beck Group, died on Tuesday after ‘suddenly contracting bacterial meningitis’.

Beck, who died aged 78, had struck up a strong friendship with Pirates of the Caribbean actor Depp, 59, having teamed up together for several covers and original songs.

Last June, Depp joined him at The Sage in Gateshead following his victory in the high-profile defamation case against his ex-wife Amber Heard, and appeared as a special guest at several of Beck’s UK tour dates.

There was a huge outpouring of love from fellow musicians and celebrities following the news of Beck’s death, with Ozzy Oscbourne among those paying tribute.

Now a source close to Depp says the actor is ‘totally devastated,’ and was ‘by Jeff’s bedside’ shortly before he died.

‘They had a really tight friendship, they were extremely close, and he got even closer over this past summer when they were touring together,’ the source told People.

‘The sickness came on really quickly and it all deteriorated rapidly in the last couple weeks.’

They added that Depp was ‘still processing this news. He’s devastated.’

Beck made headlines last year when he announced a collaborative album with Depp, titled 18, was in the works.

The pair first met in 2016 and began recording the album in 2019 while Depp was also playing with Alice Cooper’s supergroup Hollywood Vampires.

News of the star’s death was announced via a statement posted to Twitter and Instagram by the musician’s family.

It read: ‘On behalf of his family, it is with deep and profound sadness that we share the news of Jeff Beck’s passing.

‘After suddenly contracting bacterial meningitis, he peacefully passed away yesterday.

‘His family ask for privacy while they process this tremendous loss.’

Beck was born Geoffrey Arnold Beck in Surrey, England to parents Arnold and Ethel Beck and developed a passion for music as a child.

He is survived by his wife, Sandra Cash, whom he married in 2005.