The screenwriter and producer of the new Harriet Tubman biopic, “Harriet,” has revealed how a studio executive once suggested white actor Julia Roberts should play the lead role of the Black activist.

Gregory Allen Howard claimed in a Los Angeles Times article published Tuesday that the unnamed president of a studio sublabel was undeterred when “a single black person” in the 1994 meeting pointed out how the 19th-century abolitionist (who was born into slavery) was Black.

“That was so long ago. No one will know that,” the executive reportedly responded. 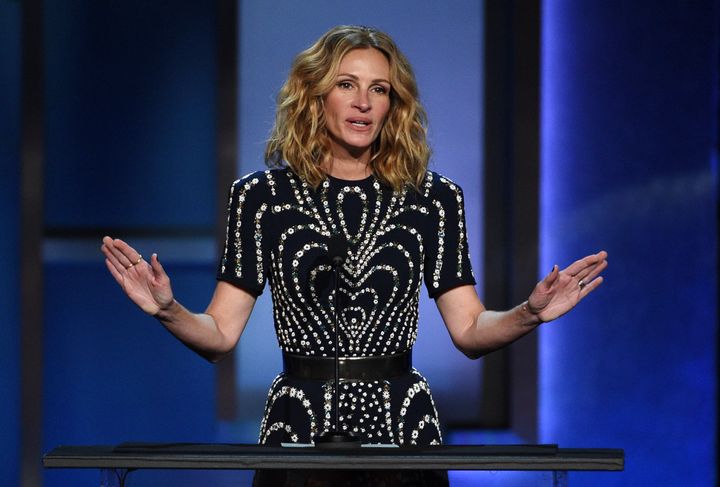 Roberts has not publicly commented on the claim and it’s likely she never even heard about the idea. Her representatives did not immediately respond to HuffPost’s request for comment.

But the revelation about the suggested casting of the Academy Award winner set Twitter alight. Many people cracked jokes about Scarlett Johansson, who caused controversy in 2017 with her role in “Ghost in the Shell.” Critics accused Johansson of whitewashing the original source material (Masamune Shirow’s Japanese manga comic), which depicted her character as an Asian woman.

“Harriet,” released earlier this month with Cynthia Erivo in the title role, documents Tubman’s 1849 escape from slavery and her subsequent assisting of hundreds of other slaves to break free.

Howard detailed his “epic 25-year journey” of getting the film made in the Times’ op-ed ― recalling unreturned phone calls, racist rejections and his ultimate benefiting from the “sea change” in Hollywood’s appetite for Black history stories that came about with the awards success of “12 Years a Slave” and the box office earnings of “Black Panther.”

Check out the trailer here: