It’s cold out there for Kanye West in a post-Kardashian world, but, rest assured, he’s got his inexplicably zipper-less puffer jacket and possibly a new girlfriend to keep him warm.

Four, five seconds (OK, months) after the rapper and Kim Kardashian put their six-year marriage on ice, formally dissolving the institution known as Kimye, he appears to be moving on with world-famous Russian supermodel Irina Shayk.

The aggressively random duo was spotted vacationing in the south of France this week. In photos obtained by The Daily Mail, the two can be seen walking on the grounds of a luxe boutique hotel in the country’s Provence region, where West reportedly spent his birthday with Shayk and a group of friends.

“They were taking pictures of each other and the sculptures,” an eyewitness told E! News. “They looked incredibly happy and relaxed. It was just them and a few friends.”

“She seems smitten. He invited her to France and she happily accepted,” an unnamed People source added. “They are not officially dating, but there is an interest from both sides.” 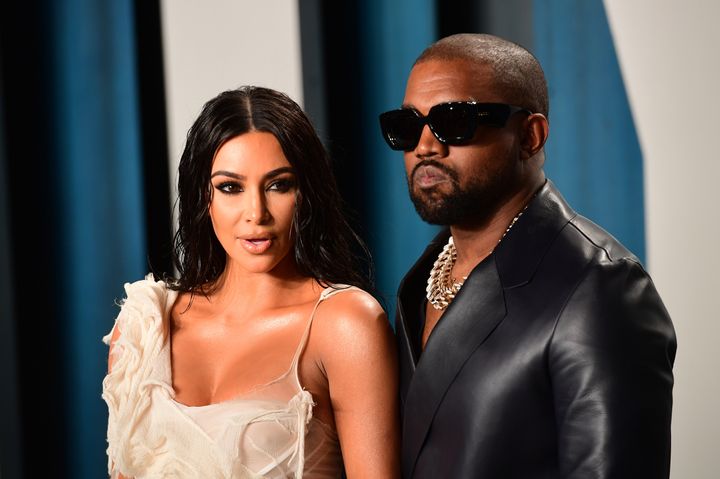 TMZ, meanwhile, is ready to declare the pair “100 percent romantically together,” while an Us Weekly source said that they have “been quietly seeing each other for a couple months.”

The photos arrive weeks after celebrity gossip account @DeuxMoi sparked rumors that West and Shayk were secretly dating on the heels of each of their high-profile breakups. Shayk split from actor and director Bradley Cooper in 2019 after four years together and one highly meme-able lover’s quarrel at Wimbledon. The former couple shares a daughter, Lea De Seine, 4.

Kardashian and West are still ironing out the details of their divorce, with both agreeing to joint physical and legal custody of their four children together ― daughters North, 7, and Chicago, 3; and sons Saint, 5, and Psalm, 2 ― back in April.

The two have seemingly kept things relatively drama-free since their split, with the SKIMS founder publicly declaring that she loves the rapper “for life” in a post celebrating his birthday on Tuesday.

As for West and Shayk (are we ready to settle on IrinYe or Kanyk?), they actually share a bit of history. Years ago, she briefly appeared in the music video for his song “Power” ― yes, the same one that was used to promote Cooper’s thriller “Limitless” ― and walked in West’s fall/winter fashion show during Paris Fashion Week back in 2012.

He also name-dropped her in his 2010 song “Christian Dior Denim Flow,” rapping on the track, “I wanna see Irina Shayk next to Doutzen.”

But, thankfully, there has been little overlap between Shayk and Kardashian over the years, with a People source noting that the supermodel “isn’t friends with Kim at all, so there’s no weirdness there.”