From one woman to another! Katie Thurston‘s season of The Bachelorette hasn’t finished airing yet, but she’s already dispensing advice to incoming lead Michelle Young.

“I’ve spoken to her as much as I can because I know it’s any day now they’re gonna take her phone away,” the Washington native, 30, told Entertainment Tonight on Tuesday, July 27. “I think the biggest advice I’ve given her is to just be open. Don’t close yourself off too early. I think guys can surprise you … weeks later when you don’t expect it.” 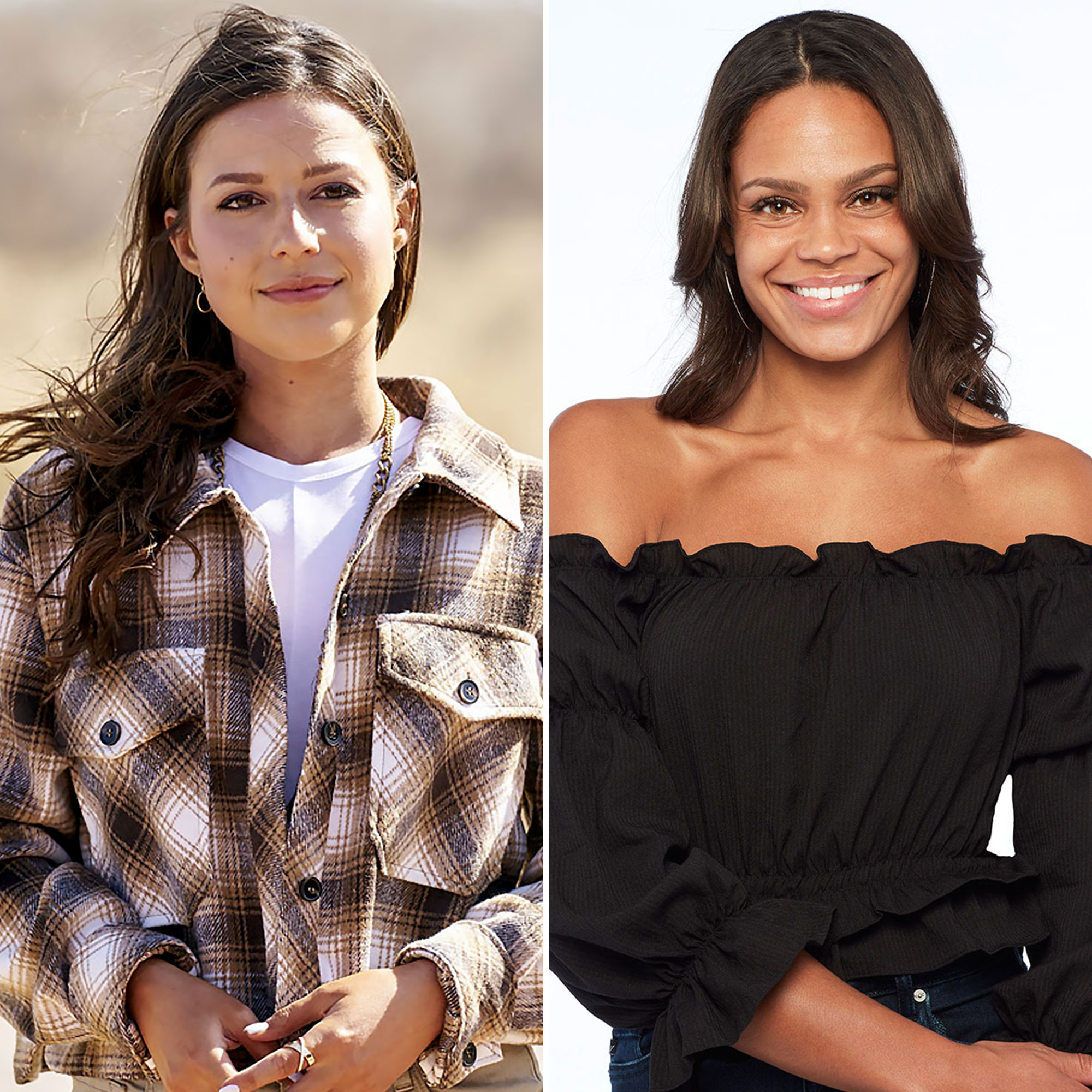 Michelle, 28, was announced as the season 18 lead of The Bachelorette in March, during the After the Final Rose special from Matt James‘ Bachelor season. The teacher finished in second place behind Rachael Kirkconnell, who rekindled her romance with the former NFL player, 29, in April after their brief post-filming split.

Katie, for her part, only has three suitors left to choose from on her season — Greg Grippo, Justin Glaze and Blake Moynes — but she thinks one of her castoffs might hit it off with Michelle.

“I actually think Josh would be a good match for Michelle for sure,” she told ET, referring to Josh Tylerbest, who she sent home in week five. “They just have very similar personalities. He is such a sweetheart and I think that’s what she’s looking for, someone who’s just so kindhearted. That’s something that Josh really offers.”

Earlier this month, the bank marketing manager told Us Weekly exclusively that she would be more than happy to come back to the franchise for Michelle’s season, either as a host or guest.

“She’s a friend of mine and I’ve continued to talk to her leading up to her journey,” she explained. “I would love nothing more to continue to support everyone who goes through this as someone who’s experienced it and has advice to offer now.”

Season 18 of The Bachelorette is scheduled to premiere Tuesday, October 19, on ABC, but so far, not much has been revealed about the upcoming episodes. On Monday, July 26, the network released a list of 35 men who might be in the running for Michelle’s heart.

“Surprise! Get an early look at the men who may be on Michelle Young’s season of The Bachelorette!” the official Facebook account for the series captioned a series of photos of potential suitors. “Leave a 🌹 for who would get your first impression rose 😍.”

Blake, 30, joked that he might make an appearance on Michelle’s season as well, after joining Bachelor Nation during Clare Crawley and Tayshia Adams‘ season and returning for Katie’s earlier this year.

“And on what episode can we expect Blake to come in?” one Instagram commenter joked on Monday after the potential cast was announced. The Canada native replied, “Waiting on Michelle to respond to my DM first …”