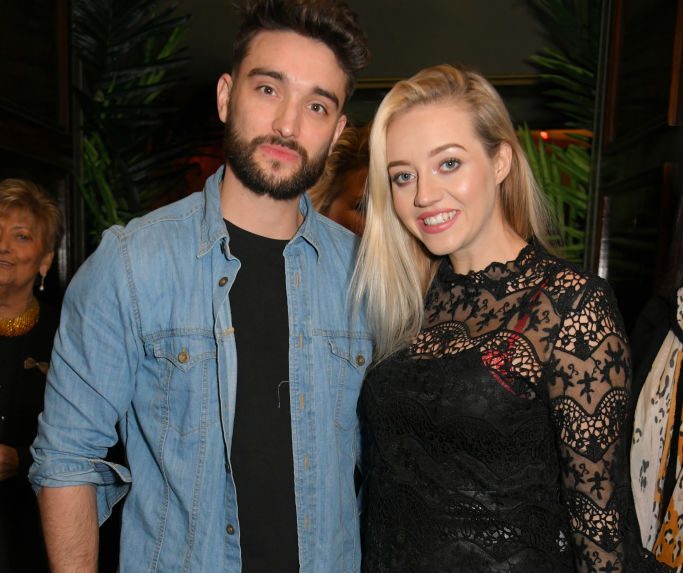 Tom Parker’s wife Kelsey has said she ‘can’t be sad’ about the late singer’s death after all the memories they made together.

The Wanted singer died in March aged 33 after being diagnosed with an inoperable brain tumour in 2020.

Parker is survived by wife and childhood sweetheart Kelsey, and their two children Aurelia, three, and Bodhi, two.

Last week, it was reported that Kelsey has ‘found love again’ with electrician Sean Boggans after meeting through mutual friends at a wedding.

Now, eight months after Parker’s death, Kelsey is set to share a glimpse into her life without the Glad You Came singer in a new six-part ITVBe series called Life After Tom.

Reflecting on her lengthy relationship with Parker, who she began dating aged 19, Kelsey, 32, said: ‘How lucky am I? People go through their whole life and don’t find love, and I’ve had that. I fell in love really hard.’

She added to The Sun’s Fabulous magazine: ‘We were soulmates. I might have gone my whole life and never met the love of my life, but I did.’

Kelsey recalled visiting Buckingham Palace as among her most treasured memories with Parker over their 13-year relationship, stating: ‘And that’s why I can’t be sad, because I got to do that with him and share that with him.’

The mother-of-two admitted that she’s dreading the run-up to Christmas as it will be her first without Parker, but will be surrounded by family who will stay with her and the kids from Christmas Eve.

She revealed: ‘Kate was a really great person to speak to. I was talking to her about how I want to get rid of our bed, but I said to her: “How are people going to look at me for that?” If I do want to move forward, I’ve got to take these steps.’

Kate then encouraged her not to worry about other people’s opinions and to do ‘what’s right for you’.

There are mounting reports that Kelsey is now dating builder Boggans after meeting last month.

However, they’re said to still be in the initial stages of their romance and not rushing into anything.

Kelsey Parker: Life After Tom airs this Thursday at 9pm on ITVBe.