Kim Kardashian Opens Up About Her Political Awakening

From reality TV star to aspiring social justice reformer is not exactly an expected path. But in a new interview with New York Magazine, Kim Kardashian says being the mother of four black children has piqued her political interests — and, yes, swayed her decision to maintain open lines of communication with Donald Trump. The Keeping Up With the Kardashians star admits her perception of fairness in the legal system has shifted decidedly in motherhood.

Speaking to New York Magazine about her evolution over the past decade, Kardashian would have been remiss not to mention her four children with Kanye West: daughters North, 6, and Chicago, 21 months, and sons Saint, 3 ½, and Psalm, 5 months. In fact, Kardashian confirmed that her decision to become a prison reform advocate and attend law school was inspired in part by her children. 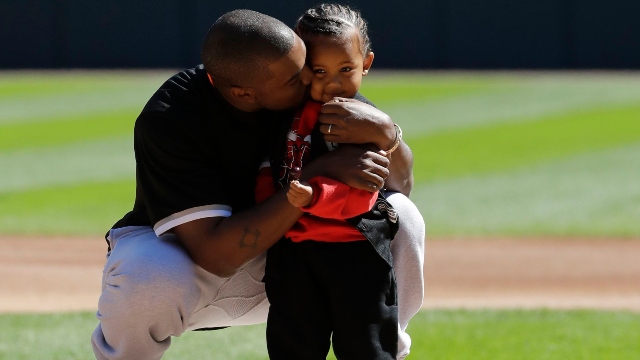 “It definitely has a lot to do with it. I want my children to have a fair life. And I do believe that race does play a huge role in the criminal justice system, if you look at all the numbers. Statistically, one in three black men will be locked up in their lifetime. So that does weigh heavy on my heart,” she admitted.

Kardashian also touched on how her opinion of the legal system has changed since her days of watching late father Robert Kardashian in the courtroom. “I had many conversations with my dad growing up about being an attorney and what’s fair and what’s not, and maybe I was really sheltered, but I didn’t know all of this was going on,” she told the magazine.

Who were the 2010s? For our new issue, we spoke with six people who helped shape the decade, including Kim Kardashian West. Closing out the 2010s, @kimkardashian has transcended the television show that made her famous, becoming an advocate for criminal justice reform as she studies to be a lawyer. In capturing her for the magazine’s cover—shot by Colombian-American photographer Ruven Afanador, known for his graphic, black-and-white portraits—the aim was to highlight Kim’s piercing gaze and confidence by keeping the styling and set decor as minimal as possible. Link in bio for this interview, plus more from Ta-Nehisi Coates on “Obama’s decade,” Kevin Systrom on creating Instagram, DeRay Mckesson on Black Lives Matter and racial justice, and Margaret Atwood on our current dystopia. Photograph by @ruvenafanador Story by @jonathanvanmeter Styling by @luxurylaw Makeup by @makeupbymario Hair by @michaelsilvahair Tailoring by @lucisewy Thank you to The Ritz Carlton New York @ritzcarltonnycentralpark Photography director: Jody Quon Design director: Tom Alberty Photo editors: Marvin Orellana and Cassidy Turner.

In Kardashian’s recent prison reform work, she’s drawn criticism for interacting closely with President Trump. As she tells it, though, she doesn’t bite her tongue around the POTUS. “When I have visited the White House, if I feel like something isn’t fair, I’ll say something, maybe privately,” she said. “And if I can plant a seed, great.”

Besides, Kardashian told New York Magazine, the cost of not meeting with Trump to help get prisoners’ sentences excommunicated is simply too high. She explained, “Everyone was so worried about me, about my reputation, going to the White House, and it was like, A life or my reputation?  I don’t care who it is. I’m just glad someone is listening and making a change. I hope to have an amazing relationship with the next president. I hope to still have a voice for people on the inside, who do not care at all who signs their commutation paper.”