It’s long been known that King Charles III prefers the spotlight to be on him. He doesn’t love it when the women in his life are in the headlines, especially when it comes to their fashion. He had an issue when Princess Diana became the superstar in their marriage, and now, a recently published book, The New Royals: Queen Elizabeth’s Legacy and the Future of the Crown, by royal expert Katie Nicholl, is alleging he felt similarly about all of the attention Kate Middleton was receiving.

The well-noted jealousy issues with Diana came early in their marriage. “The diligent, sensitive, and status-conscious Charles found it hard to understand,” Nicholls writes, per an excerpt obtained by Entertainment Tonight. “He could not see that in the new media age, being a royal-born prince and future king was a lesser currency than his wife’s megawatt beauty and disposition.” One would think Charles learned his lesson through that experience and understood that the strength of the monarchy doesn’t rest on one person’s shoulders.

Instead, those issues carried over to his relationship with Prince William, who married Kate in 2011. All of sudden, Charles had to share the spotlight with a woman whose fashionable outfits became the main story. “Charles was sometimes irritated that Kate’s frocks got more media attention than his good works,” the excerpt reads. That’s always been the issue with Charles — other members of the royal family are more popular than he ever was — and he, at times, could not get over that fact.

Now that he is King, Charles is receiving plenty of adulation — and for the moment, the family feud isn’t the headline. It’s unlikely to stay that way since Kate and William will always be more interesting to royal watchers with their young family, and Prince Harry and Meghan Markle’s every move overseas is still playing out. Charles just has to be satisfied with his ascension to the throne and know that Kate’s sense of style only helps keep the monarchy in favor with the public.

Before you go, click here to see more looks Kate Middleton has worn before. 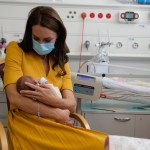