It’s no secret that the relationship between Prince Harry and Meghan Markle and the rest of the British Royal family has been, erm, strained, to put it delicately. It seems that royal fans are learning new information left and right on what is going on between the years-long rift, with everyone itching to know when Harry’s bombshell book will be released.

Despite trying to keep the peace at Queen Elizabeth II’s State funeral, it seems that King Charles III may have plans that could permanently affect his and Harry’s relationship forever. It’s been reported that Charles has been trying to send olive branch after olive branch to the couple, but new reports show that he may be at the end of his tether.

A royal insider with the family alluded that the King is thinking of possibly “exiling” Harry, saying, “The royals handled the abdication crisis by exiling Prince Edward VIII, which meant he and Wallis ultimately came to seem like unimportant, misguided, disloyal, and even treacherous individuals to almost the entirety of the British people.”

Another staffer said, “Harry and Meghan will get an invite to the coronation, but they will be firmly seated in the cheap seats… That will be it. Charles will be ruthless when it comes to protecting the Crown, and that means keeping Harry and Meghan as far from the center of gravity as possible.”

It seems as though reconciliation is getting farther and farther from reach, but then again, stranger things have happened.

From headlines to word-of-mouth, we all think we know Prince Harry and Meghan Markle’s true story. But there’s one book that takes longtime royal fans even more in-depth, revealing stories about the couple we only thought we knew. Finding Freedom: Harry and Meghan
details the couple’s romance, wedding, the birth of their first child, and their decision to take a step back from royal duties. Authors Omid Scobie and Carolyn Durand take us far beyond the picture-perfect moments to the tough decisions this couple had to make in order to preserve their relationship and happiness. With this book, longtime royal fans may learn more about Harry and Meghan’s new path outside of the royal family. 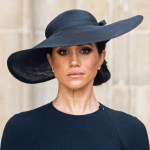 Before you go, click here to find out which tell-all books expose major royal family secrets.