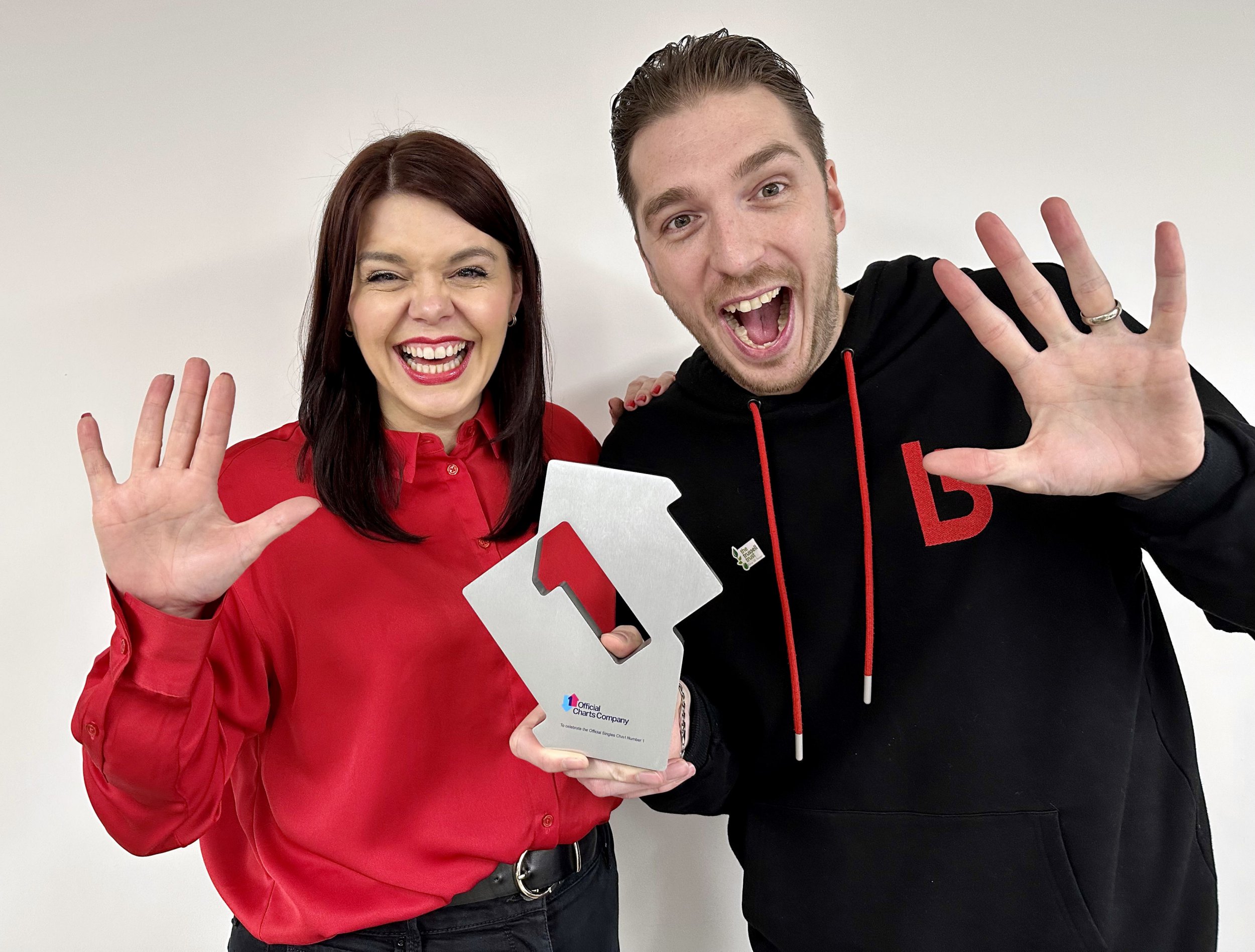 It was just last week that LadBaby broke a new UK chart record as they became the first act in history to achieve five Christmas number ones.

The duo – formed of husband and wife Mark and Roxanne Hoyle – broke a long-held chart record set by The Beatles, beating their four festive chart toppers.

But it seems they don’t have much staying power on the charts as their single Food Aid – a reworking of Do They Know It’s Christmas? – has suffered a hefty drop just one week later.

This year’s Christmas number one, Food Aid, a collaboration with none other than money saving expert Martin Lewis, has fallen 84 spots on this week’s chart to number 85.

Although the entire Top 10 of this week’s singles charts is made up of Christmas songs, except for Stormzy’s Firebabe, the charity single didn’t have what it took to hold on to the top spot.

Despite its huge fall, it doesn’t quite hold the record for the largest chart drop from number one on the UK singles chart.

That feat goes to The Lightning Seeds, David Baddiel and Frank Skinner when 3 Lions fell from number one to number 97 in July 2018.

The song fell from the top spot when England lost to Croatia in the semi-finals of the World Cup that summer.

Unfortunately for LadBaby, this isn’t a rare occurrence in their chart history, with none of the social media stars’ efforts managing to stay in the Top 20 for more than one week.

Last year’s collaboration with Ed Sheeran and Sir Elton John – Sausage Rolls for Everyone – fell to number 29 after spending a week at number one.

It was replaced at the top by Ed and Sir Elton’s own festive track Merry Christmas.

2020’s effort Don’t Stop Me Eatin’ fared even worse, falling to number 78 the week after it was number one.

Celebrating their historic achievement last month, LadBaby told OfficialCharts.com: ‘I can’t quite believe it! We’re number one! The charity has made it five years in a row. How have we done this again?

‘We want to say thank you to everyone who has supported us for the last five years. A massive apology to The Beatles, and to all The Beatles’ fans… I’m sorry! The charity wins. The Trussell Trust gets Christmas number one again!