It looks like Kate Griffith is out of the picture — at least for now. In a new sneak peek of the Thursday, October 31, episode of Temptation Island, David Benavidez invites Payton Burgess to join him and Samantha Hoffman … who are only wearing towels.

“We’re getting naked,” David, 28, says when Payton walks into his bathroom and drops her towel. “I’m too shy for this s–t.” Samantha, 29, adds while pulling her towel around her. However, Payton, 23, then laughs and says, “I’m not.”

In the bathroom, Payton takes off her bathing suit bottoms before asking if they could all go into their bedroom. 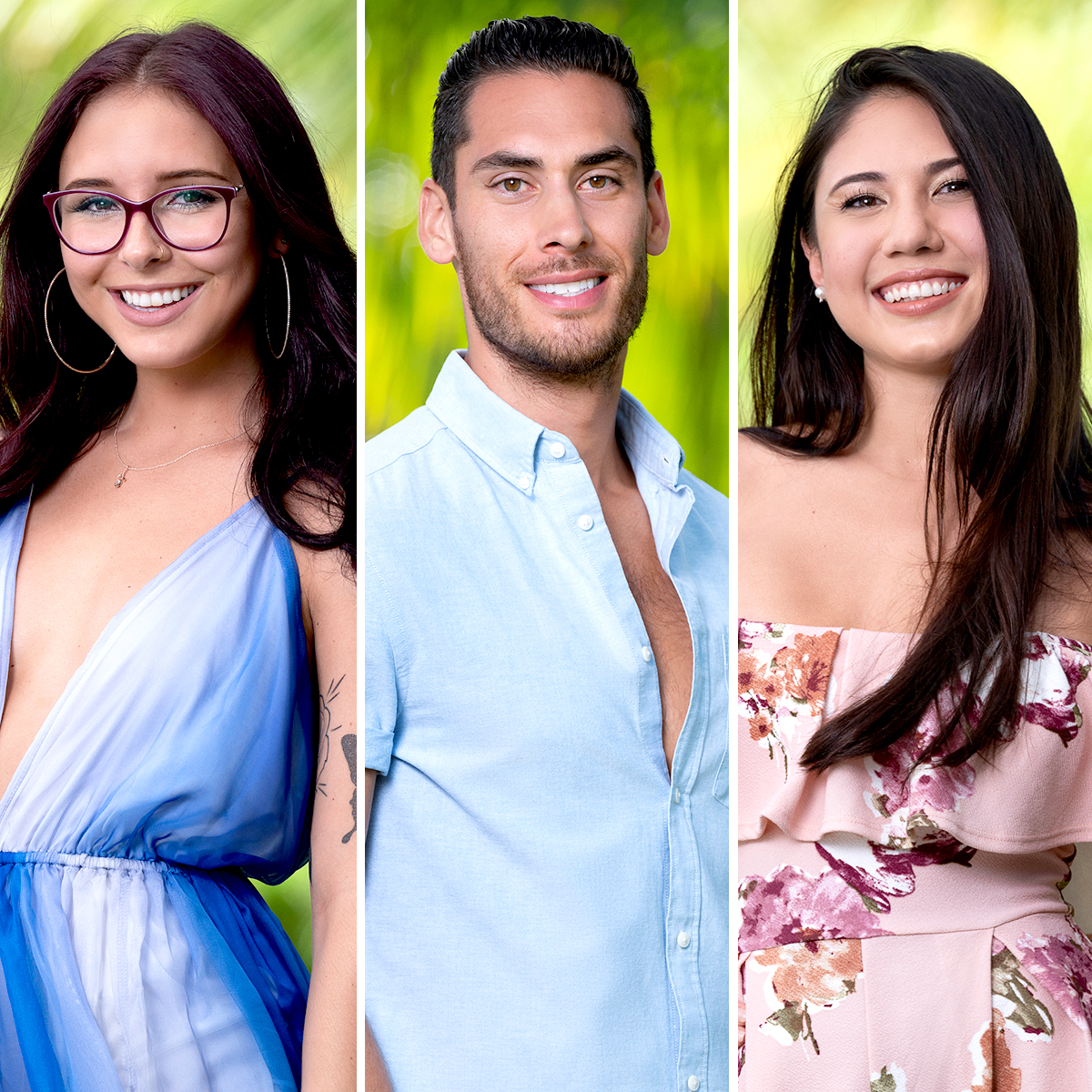 “I don’t even really think I’m interested in David right now but he’s here to party and so am I,” the bartender says in a confessional interview. “We’re here for a good time and Casey’s just being kind of hard to deal with sometimes so it makes me unsure why he’s even here.”

“Things seemed to, kind of, take an extreme turn pretty quickly,” the New Jersey native says in his confessional. “Things got a little wild.

Payton ends up making out with David in bed, while Samantha lays next to them.

“I guess he does want to break up with his girlfriend,” the flight attendant says in her confessional before the clip ends.

Before the show, Kate, 34, and David were together for three years. However, at the end of the October 24 episode, she became extremely upset when she saw that he was in the hot tub with Toneata Morgan on his lap.

“It’s very disrespectful to our relationship,” she told host Mark L. Wahlberg. “I have made it very clear to the boys in the house that they respect my personal space at all times. He’s not doing the same and he’s the one who wanted to come here and show to me that he won’t be tempted, that he respects our relationship. He’s supposed to be proving that he’s all in on our relationship, that it’s me and no one else. That’s not respect. That is not respect at all.”