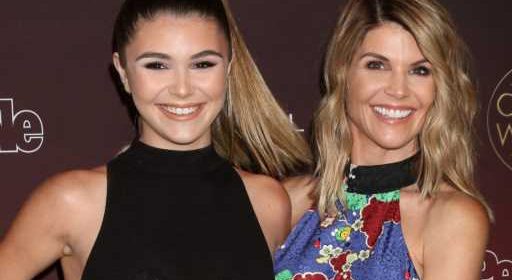 Lori Loughlin has returned home after being released early from the federal prison Dublin FCI, the California prison in which she fulfilled her sentence for a college admissions scheme. Though her husband Mossimo Giannulli just reported to prison on November 19, now that Loughlin has returned home to her daughters, Olivia and Isabella, the family is one step closer to behind able to close the book of their nightmare and returning to a sense of normalcy. For Olivia Jade, that means returning to her social circles and producing regular content on her Youtube channel (where she’s known for making beauty vlogs), and she’s more than ready to make a comeback.

On TikTok, Olivia teased how she’s considering returning to her vlogs that she’s amassed a following for. “Like this if i should bring back my #vlogzzzzz also tried to show u guys this natural makeup look (i can do a tutorial if anyone wants) Kk bye😄🤎 ily,” Olivia wrote alongside a video of her makeup transformation.

A fan of Olivia’s commented on her video, “Please post again on YouTube I love watching your videos!!!” To which Olivia responded in a video saying that comments like these “made her day.” And as for the videos, “OK. I will. I guess I will come back to YouTube,” Olivia said.

Olivia’s return to eventual Youtube marks another stepping stone in her quest for redemption. More recently, the 21-year-old took her story to Red Table Talk where she discussed the details of her scandals, what she knew and her apology. However, not everyone was happy with her appearance on Jada Pinkett Smith’s show — including Smith’s mother Adrienne Banfield-Norris.

“You guys will go on . . . and you will live your life, and there are so many of us that it is not going to be that situation. It just makes it very difficult right now for me to care,” Banfield-Norris told Olivia on Red Table Talk.

Before you go, click here to see celebrity kids who are all grown up.

END_OF_DOCUMENT_TOKEN_TO_BE_REPLACED

END_OF_DOCUMENT_TOKEN_TO_BE_REPLACED
We and our partners use cookies on this site to improve our service, perform analytics, personalize advertising, measure advertising performance, and remember website preferences.Ok