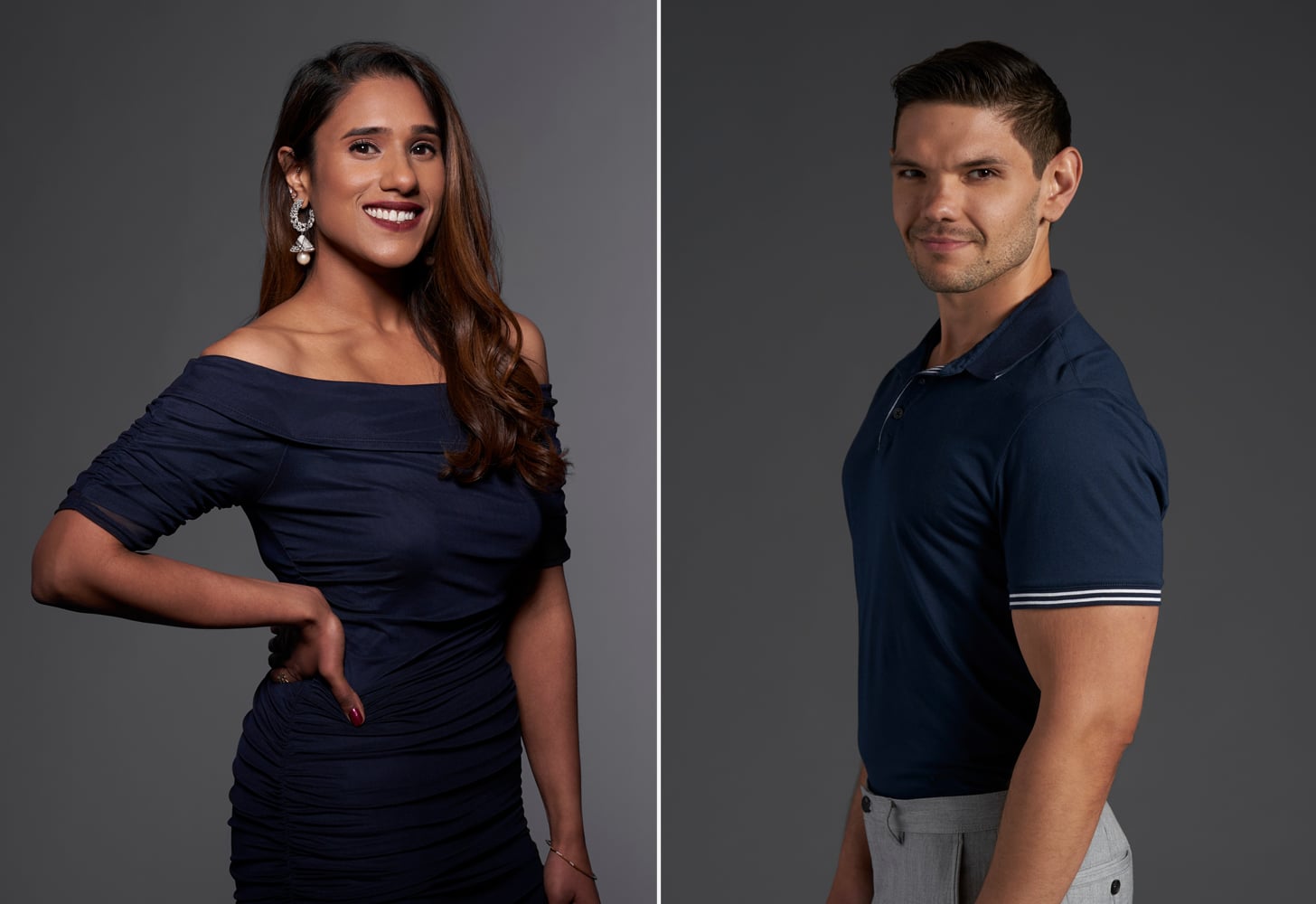 The “Love Is Blind” season two reunion was practically bursting at the seams with juicy drama. The most surprising revelation, however, didn’t revolve around one of the many breakups — it pertained to an unknown connection between two of the contestants. After Kyle Abrams recaps how his relationship with Shaina Hurley was “a big waste of time,” he shoots his shot and professes his love for Deepti Vempati, who memorably gets engaged to but breaks up with Shake Chatterjee. Yep, we were in shock, too.

“I have a huge regret,” Abrams tells hosts Nick and Vanessa Lachey. “Biggest regret is I should’ve asked Deepti to marry me. That’s what I learned the most is I f*cked up. I should’ve tried harder for you. I love her so much, she’s the best. I wish I saw what was right in front of me.” When Chatterjee interjects to say, “I would love that between you two,” Abrams retorts, “It pisses me off, because you wasted such a good opportunity.” Meanwhile, Vempati sits back and laughs on the opposite couch, and the conversation quickly changes to revolve around what went down between Natalie Lee and Shayne Jansen.

Although Abrams’s confession is seemingly out of left field, it appears that he and Vempati formed a tight bond that simply wasn’t shown on screen, with the producers choosing to instead focus on their relationships with Hurley and Chatterjee, respectively. In separate interviews with Entertainment Tonight, Abrams and Vempati hinted at rekindling their romance. “I’m kind of exploring that,” Vempati said when asked if she’s revisiting any relationships from the pods. Although Abrams didn’t name drop, he alluded to being in touch with Vempati after the show. “There are other people that I was in love with that I could have easily married,” he told ET. “They don’t show it, but there was a girl that we probably might be married. One day it’ll come out. I’ll make it a point to tell everybody, but not right now.”