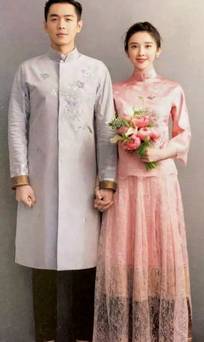 Ireland has been put on the map as an international wedding destination for wealthy Chinese after one of the country’s most high-profile celebrity couples tied the knot at Adare Manor.

Actress and singer Tang Yixin (29) and movie star Zhang Ruoyun (30) hit the headlines in their native China after secretly eloping here to get married.

The pair, who have 20 million followers each on Chinese site Weibo, have been dating for nine years and are one of the most photographed couples on its entertainment scene.

There was huge speculation that the pair had come here to seal the deal on their romance, given that they flew here last Saturday after choosing Adare Manor as the venue for their big day.

Writing on their social media, they said they chose Ireland because of their deep love of Irish culture. They also said there is a saying – not known on these shores – that “Ireland is a country where you get married and will never have a divorce”.

The newlyweds posted pictures of themselves on social media dressed in traditional Chinese wedding outfits as well as western-style ensembles of a white gown and black tuxedo.

The father of the groom, who is worth €21m and is listed on the Forbes Chinese Celebrity List, also thanked everyone for their well-wishes on the wedding.

It was one of the most lavish affairs ever witnessed in the venue, which is owned by JP McManus.

The happy couple incorporated Chinese traditions with some local ones as well.

They posted a picture of gifts they gave to their guests, which included couple perfumes, cosmetics and flowers as well as an Irish four-leaf clover representing good luck.

There was also a picture of a greeting card with a famous poem by William Butler Yeats, entitled ‘When You Are Old’.

Their guests all received gifts of designer perfume as they toasted the happy couple’s union.

An inside source described it as a “very special wedding”.

Actress Tang, whose name in English is Tina Tang, was joined by friends Victoria Song and Sheng Mengchen as part of her bridal party.

One of the most exclusive wedding venues in Ireland, suites at the hotel can cost up to €4,000 a night.

The hotel was fully booked on the days of the wedding, to ensure total privacy for the celebrity couple.

A spokesperson for Adare Manor declined to comment on the wedding when contacted by the Irish Independent.

The couple have been dating since 2011.

But they only confirmed their romance in 2017 with Chinese gossip websites following their relationship with huge interest.

The wedding is expected to garner huge coverage in China and will showcase Ireland as a wedding destination.

The overseas wedding market generates around €70m in revenue for Ireland.

END_OF_DOCUMENT_TOKEN_TO_BE_REPLACED

END_OF_DOCUMENT_TOKEN_TO_BE_REPLACED
We and our partners use cookies on this site to improve our service, perform analytics, personalize advertising, measure advertising performance, and remember website preferences.Ok