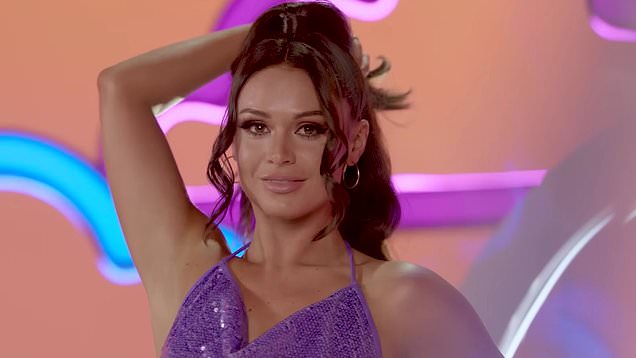 Love Island star Olivia Hawkins has been in the midst of Hollywood royalty after her cameo in James Bond’s No Time To Die comes to light.

In just a few days, the 2023 series of the ITV reality competition will be back on our screens with a brand new cast of excited singletons yearning for love, lust and the holiday of their lives.

Among them is 27-year-old Olivia, who hails from Brighton and has worked as body double for actress Michelle Keegan and Emma Watson.

Before she makes her villa debut, the ring girl detailed her encounter with Fast and Furious star Jason Statham where they ‘had a nice 10-minute convo about life.’

We love a casual name-drop!

And now the soon to be reality star’s appearance in Daniel Craig’s final outing as 007 has been revealed.

In the snaps, she is seen playing a waitress wearing a black corset along with a red and black feather fascinator headdress.

Kiss goodbye to your social life as Love Island is back for its Winter 2023 series.

Get all the latest Love Island updates on Metro.co.uk‘s dedicated page.

Olivia is also holding a tray and tending to a table in a Cuban nightclub while Bond makes his way through the club.

We reckon Olivia is about to spill the Hollywood tea in the villa!

Despite an impressive resume, the actress says she is ‘ready to settle down’ after never being in a relationship and is determined to find the love of her life.

News of Love Island’s official start date comes after it was announced that the latest batch of contestants will have to disable their social media accounts during the programme to protect both them and their families.

For the first time, the broadcaster will ask islanders to make their accounts ‘dormant’ while they are in the villa so nothing can be published on their behalf and they avoid ‘the adverse effects of social media’.

Contestants will also receive ‘guidance and training’ around ‘mutually respectful behaviour in relationships’ after the most recent series prompted thousands of complaints to broadcasting watchdog Ofcom.