Luke vs Hannah! 7 Wildest Moments From The Bachelorette’s ‘Men Tell All’

Welcome to the “Luke Parker Is Canceled” party! Hannah Brown faced off with her controversial ex yet again during the Monday, July 22, Men Tell All special episode of The Bachelorette. Keep reading to find out how their relationship really ended and what the leading lady’s other suitors had to say about the season. 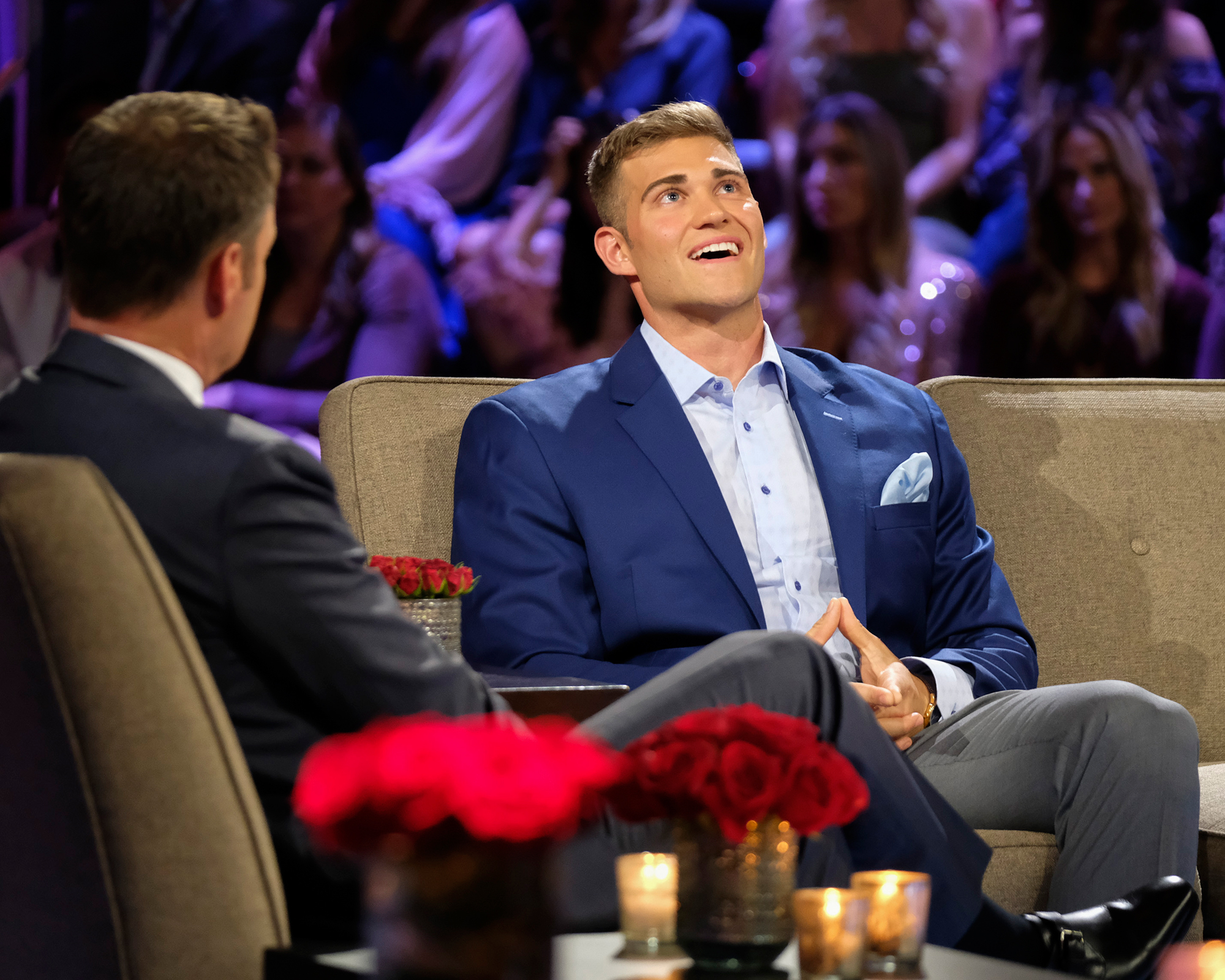 As promised, Luke returned to the rose ceremony after his elimination to try to win back Hannah. She was not having it, though. She even moved the podium of roses past him to prove her point. Luke insisted that he needed clarity about their breakup and still believed she loved him. He brought an engagement ring with him too. Tyler Cameron, Jed Wyatt, Peter Weber and Chris Harrison stepped in to assist. Luke finally exited after Hannah told him she was sure of her decision.

Luke Has No Regrets

At the Men Tell All, Luke spent a considerable amount of time in the hot seat, although much of it consisted of long pauses as he searched for ways to mince words. Luke admitted he was arrogant but stopped short of agreeing with Hannah that he is a narcissist. Despite the backlash (and after he shamed Hannah again for her choices to “straddle,” “mount” and “swap saliva” with the other men), Luke said he would not change his experience on the show.

Following a commercial break, Luke — in true form — changed his answer. He confessed to lying to his fellow contestants, including Luke Stone. However, he stuck his foot right back in his mouth when he claimed to be on a “rescue mission” for Hannah throughout the season. 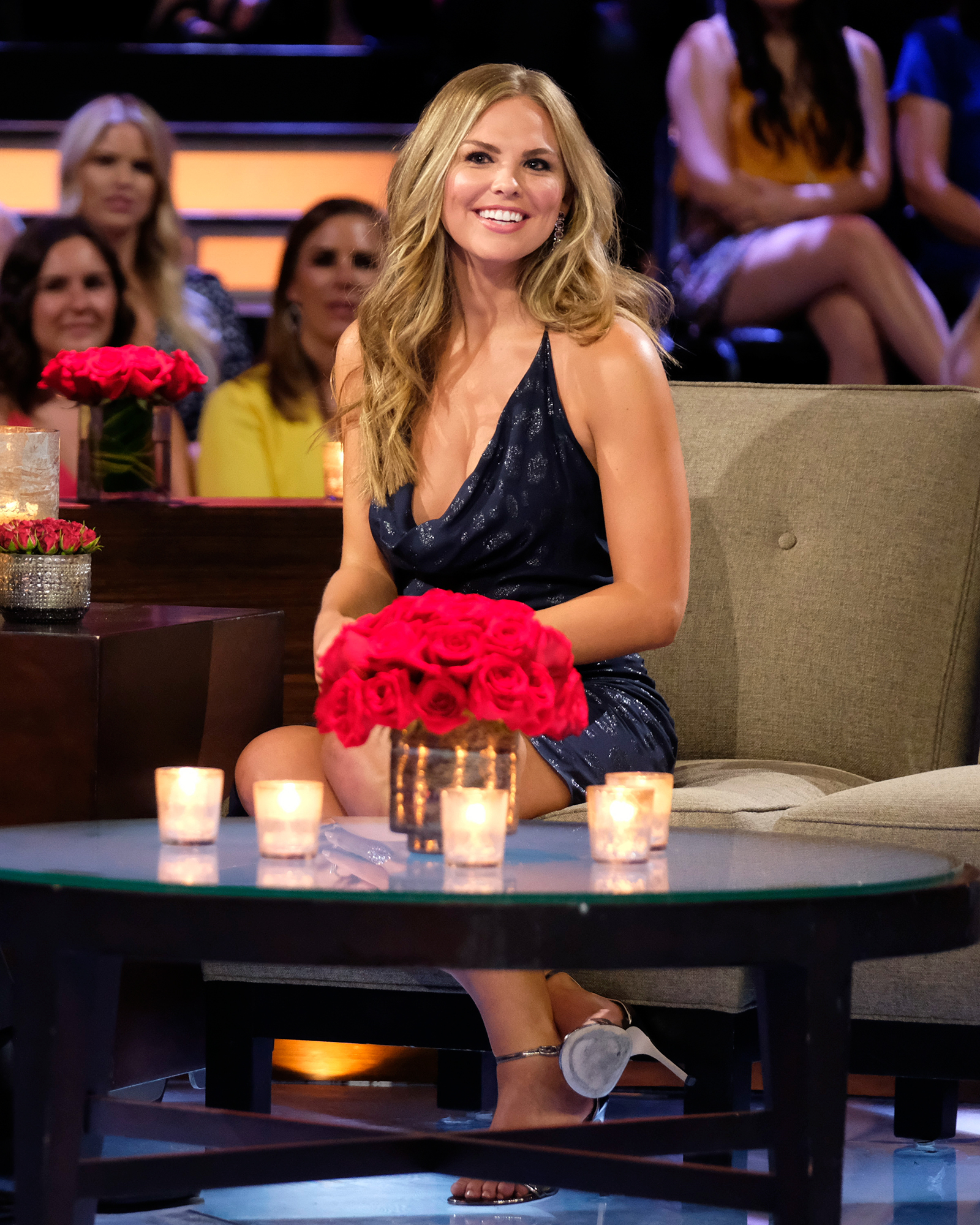 Devin Harris shocked viewers when he walked onstage to confront Luke P. before the rest of the men came out. Devin alleged that Luke is the type of man who wants to control women so he can feel better about himself. Luke denied his claims but emphasized that he believes a man should guide a woman in a relationship.

Hannah took the Luke P. controversy in stride, apologizing to Bachelor Nation for keeping him on their TVs for so many weeks. She assured fans that the Luke show is now “canceled.”

Earlier in her segment, Hannah admitted that her feelings for him stemmed from being insecure about taking on the lead role. She was happy that the experience allowed other women to see the red flags of a toxic relationship.

Luke P. alleged that Hannah told him not to worry about the fantasy suites because she would not be using them to have sex. Hannah denied this and used the opportunity to settle the debate once and for all. “I am so over being slut-shamed and being felt like that makes me not a woman of faith,” she declared. She also told him that having sex in a windmill was not a scarlet letter.

Luke P. abruptly walked off the stage before filming concluded, with Chris telling Hannah that he had to catch a flight.

A woman in the crowd requested to chop off a piece of John Paul Jones’ hair — she even brought her own scissors — as Hannah did earlier in the season, and he happily obliged.

The Bachelorette airs on ABC Mondays at 8 p.m. ET.