Meghan (née Markle), Duchess of Sussex and Prince Harry are the modern-day fairytale we deserve — and yet, it’s hard to believe we’ve been swooning over their magical marriage for two years now. But as Meghan and Harry celebrate their second anniversary, we find that we’re quite possibly just as in love with their love story as they are. 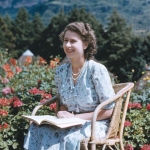 From the first whispers of a possible romance between the former Suits actress and former bad-boy of Kensington Palace to a wedding straight out of a Disney cartoon, the royal power couple has captured hearts across the globe. After all, don’t all little girls daydream of being set up on a blind date with a real-life prince?

But it hasn’t been all unicorns and rainbows for Meghan and Harry. The newlyweds have weathered so many storms and media scandals that you’d think they’ve been married for a decade, not a few short years. Through it all, Meghan has been the picture of grace and poise. And Harry has pushed back against every royal protocol set in stone to defend and support his wife. Perhaps that’s the true fairytale in Meghan and Harry’s relationship. In just the last year, they’ve made two major moves: first to Canada and, more recently, to set up a home base in sunny Los Angeles, California. And while the coronavirus quarantine has kept them from being photographed in their new community much, word has it the Sussexes (including precious baby Archie) are settling in quite nicely.

Ahead, the timeline of a love that redefined a stale monarchy, upended centuries of tradition and made us all believe in true love.

A version of this article was originally published April 2019.