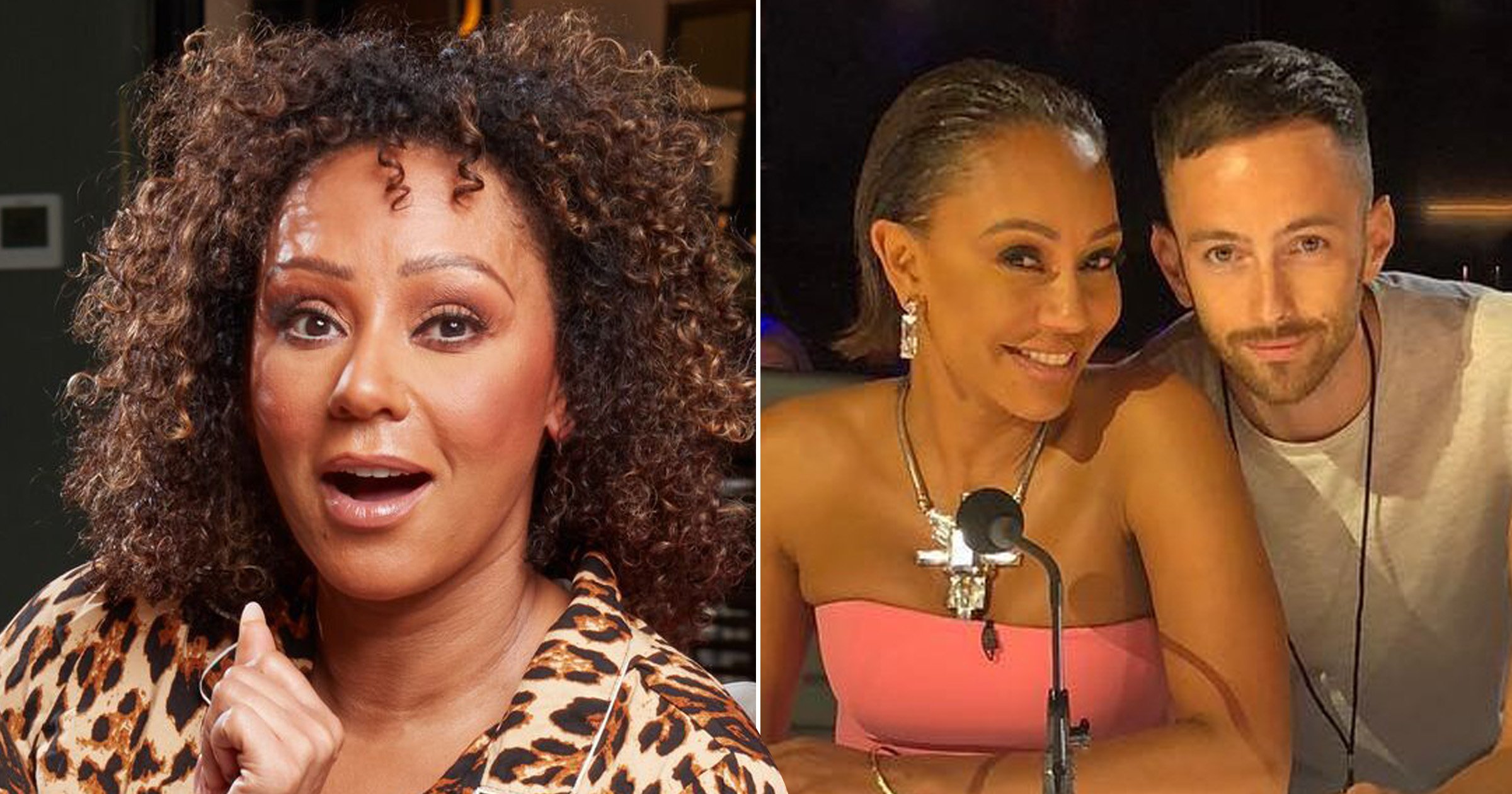 Melanie Brown, aka Mel B, has confirmed her engagement to her boyfriend of three years, Rory McPhee.

The Spice Girls icon was subject to engagement rumours recently, after an insider claimed she cried ‘tears of joy’ when her hairdresser beau got down on one knee.

It was reported that he popped the question with a £100k diamond ring, and Mel said ‘yes’ without hesitation.

The pop star has remained tight-lipped on the engagement rumours, but appeared to confirm that she is indeed set to walk down the aisle when appearing on Gogglebox on Friday.

Sitting on the sofa alongside pal Ruby Wax in the Stand Up To Cancer special, Mel lifted the lid on the ‘romantic’ hotel proposal.

‘You told me that you recently got engaged,’ Ruby began, to which Mel confirmed: ‘Yes.’

‘So, what did he actually say?’, Ruby quizzed.

‘I love you, you’re my best friend, I want to spend the rest of my life with you,’ Mel shared of the intimate moment.

‘There were rose petals everywhere, a log fire, a hotel — which was Cliveden. It was very romantic. I love flowers,’ she added to Ruby.

Ruby admitted that flowers aren’t her ‘thing’ and she isn’t big on romance, but Mel is clearly a sucker for it.

‘I love flowers,’ she confessed.

Mel and Rory started dating in 2018 but it’s thought that they knew each other for a while before getting romantic, as Rory is a friend of Mel’s cousin.

Mel met Jimmy in 1998 when he was hired as a dancer for a Spice Girls world tour and they got engaged in May that year.

She fell pregnant a month later and they married in September before divorcing in 2000.

Mel then ended her marriage to Stephen, 46, in 2017 after claiming he had emotionally and physically abused her during their 10-year union.

In 2018, she became a patron of the charity Women’s Aid, after she was allegedly the victim of domestic abuse at the hands of her former partner – claims which Stephen denies.

As for her current husband-to-be, sources hail him as ‘lovely’ and ‘down-to-Earth,’ with Mel’s friends and family said to be ‘over the moon’ with her engagement.