Michelle de Swarte on the Maternal Horrors of HBO's "The Baby" 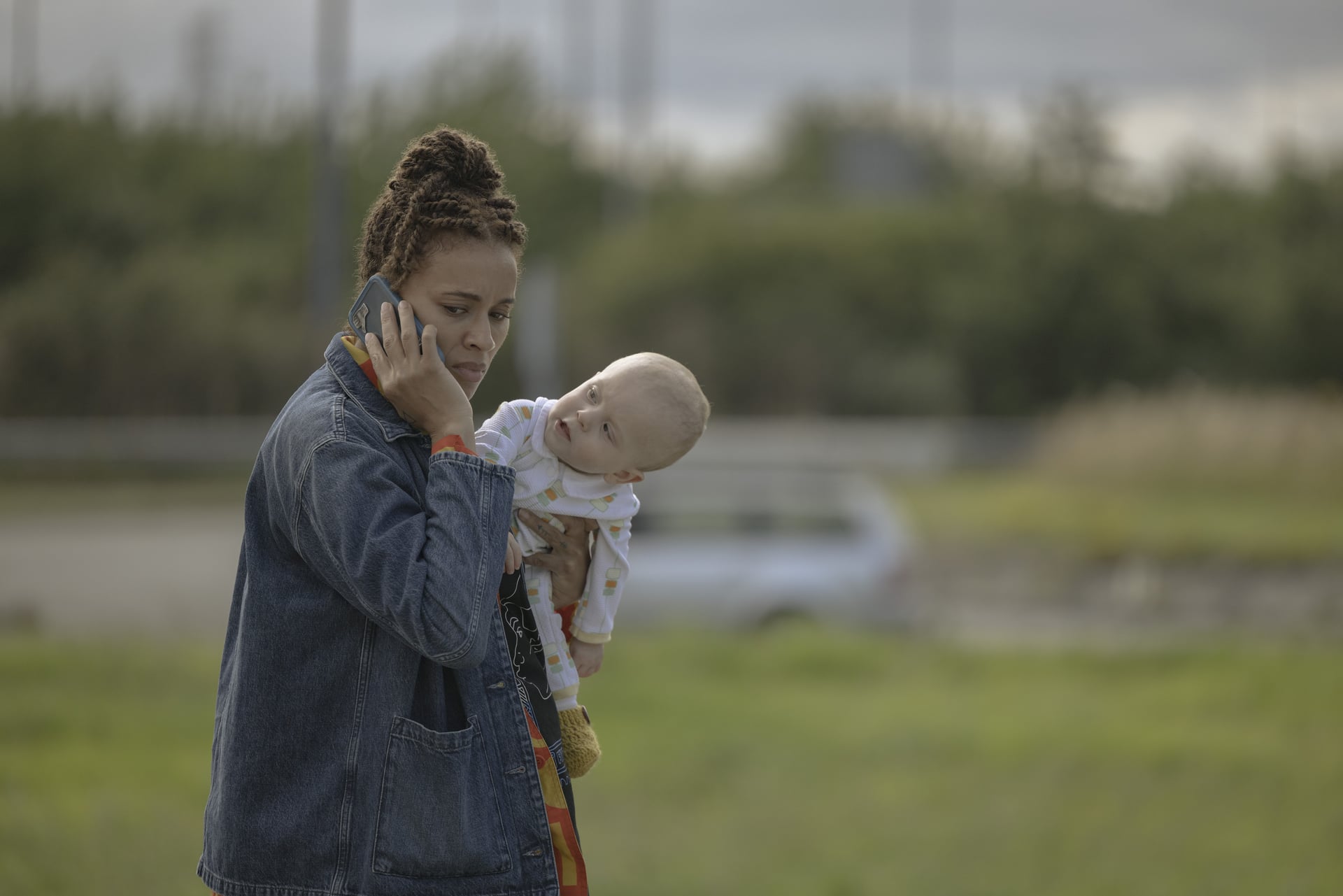 Michelle de Swarte, the star of HBO’s new horror comedy “The Baby,” has a Zoom call to thank for her new role. The actor had previously worked primarily as a stand-up comic, and during COVID-19 lockdowns, she couldn’t perform in comedy clubs. She tells POPSUGAR that instead, she started to do corporate gigs, where she would perform her jokes via the video-conferencing software.

“Not for the faint-hearted,” de Swarte jokes of the experience. One of the biggest problems is that on Zoom, the audience is muted, so you can’t hear laughs. People might write comments in the chat, but de Swarte warns that the delay makes them useless.

At first, de Swarte didn’t take the show’s interest all that seriously. “I’m a stand-up [comedian], so acting’s not really my forte,” she says. When she finally read the script, she changed her mind immediately. So she called up her cousin, who has “a bit of a background in acting,” to help her tape the audition.

In “The Baby,” de Swarte’s Natasha is literally saddled with a baby after a freak accident. Every time she tries to get rid of it, the baby finds its way back to her — usually by killing whoever it is who got in his way. The show works not just as a fun and funny horror show but also as a meditation on motherhood and generational trauma.

de Swarte isn’t a mother, but she tries to have “a pretty open dialogue” with her friends about what it’s really like. Working on “The Baby,” she says, gave her a “newfound respect” for what it’s like. “And I hope that, if you are a mom and you’re in your first year of looking after your baby, that this gives you some great moments of laughter,” de Swarte says.

One reason why “The Baby” works so well is because the horrific moments are mixed together with the most comedic ones. “Some of the scenes are quite dark, and to have the palate cleanser of comedy just felt very much needed,” de Swarte explains.

But one of the biggest challenges for de Swarte was portraying Natasha’s more prickly, unlikable side while still making sure the audience root for her. In the show, Natasha can be downright mean to her friends, her family, and, of course, the baby. She says, “What I liked about the character and the way that she was written is that she still has a charm about her. She’s very abrasive with her words.” de Swarte describes her as “really likable, but she’s also messy.” 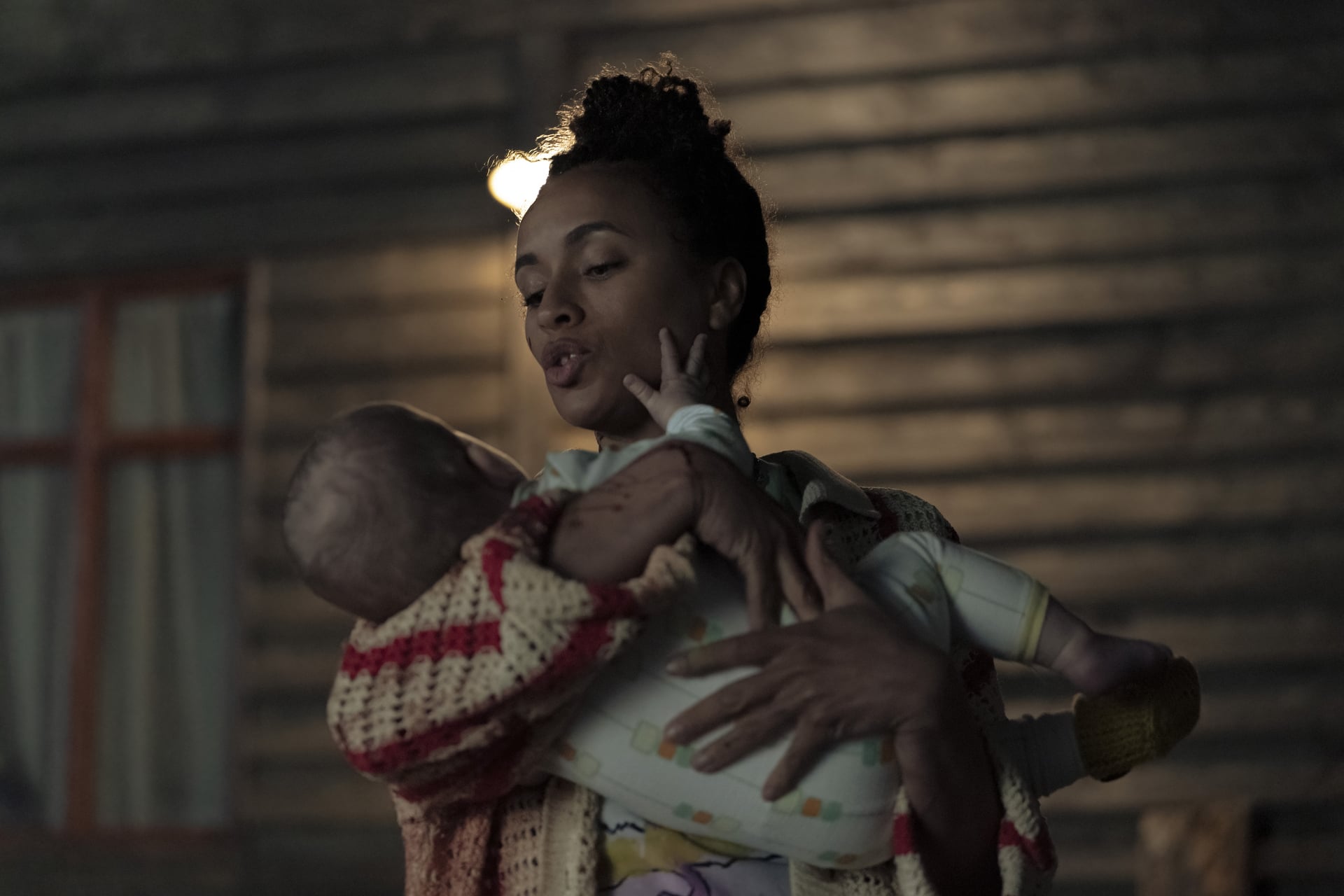 Natasha and the titular baby ultimately have a lot in common. “They’re both kind of going through the same thing,” she explains. “They’re both on this loop, because they’re caught in an unresolved childhood trauma.” They’re both stuck, immature, and destructive. “What’s nice is that the show takes its time to sort of find out why,” she says.

One of the hardest parts of filming the show was, of course, working around the actual baby. The show used a set of twins as the main baby, plus three stand-in babies. They also used well-made fake baby dolls when using a real actor wasn’t feasible.

de Swarte says, “You have to respect that the baby doesn’t know that it’s on set. The baby doesn’t know that it’s part of a TV show and you guys have a tight schedule and a budget. And the best way to get the best out of the babies is to work around the babies and to be very accommodating towards the babies.” For de Swarte, it was particularly challenging because Natasha can be “quite abrasive” with the babies. She spent time with them off set to make sure they had a good experience with her.

de Swarte, who admits she’s a huge horror fan, says she thinks people are attracted to the genre because of the “certainty” it provides. “There’s something about watching something that you know is going to be intense, but you are in a safe space,” she says. “There’s like a ride that you are taking on with horror, where you’re like, ‘OK, this is going to be stressful at times. It’s going to be very intense, but I am at home in bed eating this pizza. So it’s fine.'”

“The Baby” airs Sundays on HBO.