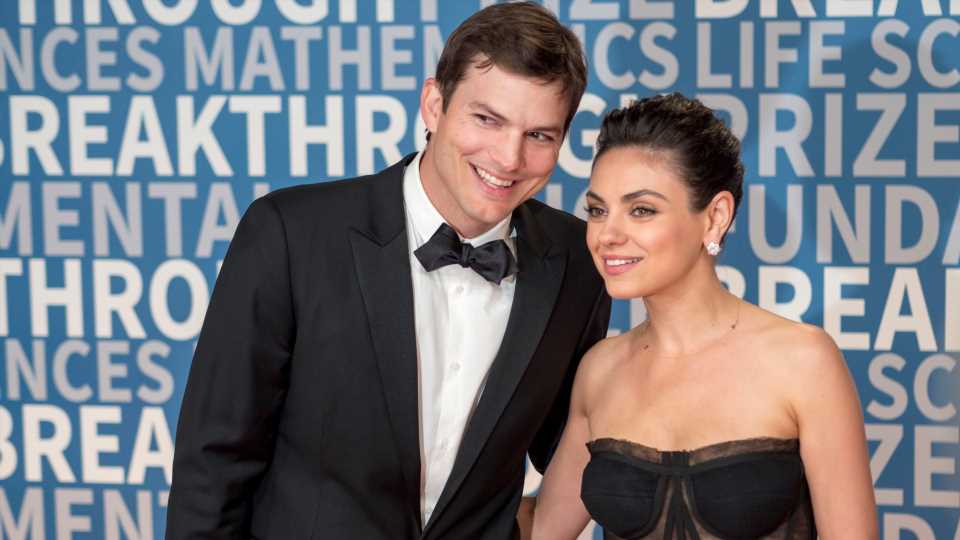 They may both love The Bachelor but, apparently, not all reality TV is bonding material. Ashton Kutcher’s reaction to Mila Kunis’ Real Housewives dream goes to show that Kutcher probably doesn’t tune in when his wife catches up on all of the juicy drama packed into each week of RHOBH.

Kunis confessed to Kutcher’s distaste for the reality series franchise during an appearance on Andrea Savage’s Grown-Up Woman podcast Monday. And, let it be said, The Ranch star apparently does not mince words. “I did ask my husband once, I was like, ‘Listen. Later, in, like, 20 years, 30 years, what do you think of me going on Real Housewives of Beverly Hills?’ I’m like, ‘Just for, like, a year,’” Kunis told Savage. Kutcher’s reaction? “He was like, ‘I would kill you.’”

On that homicidal note, Kunis and Savage circled back around to RHOBH later in the episode with a rousing round of “Make Love, Marry, Murder.” Curious to know how Kunis would divvy out the cast’s fates? She’d make love to Harry Hamlin and “have fun” with his wife Lisa Rinna, marry both Kyle Richards and her husband Mauricio Umansky, and, well, Dorit and Paul Kemsley would get axed. However, Kunis made sure to note that the Kemsleys “seem like a lovely couple.”

After hearing of Kutcher’s thoughts on Kunis joining the franchise in the distant future, we can’t imagine how a round of that game might go for him. But, hey, maybe he’ll come around to the series at some point. He does love The Bachelor franchise, after all — so much so that the couple even appeared on Rachel Lindsay’s season in 2017 to help her find a suitable life partner.

Perhaps, instead of joining the show, Kunis could simply make a similarly quick appearance (one that Kutcher might be more amenable to). Maybe she could “accidentally” run into Rinna at the local Whole Foods. Or how about an airport run-in? ABC already missed one potential filming opportunity, since Kunis says she shared a flight with Richards and Umansky a few years back.

“They were behind me, and I was like, ‘Oh, my God, it’s the people from this reality show!’ I was so excited,” she admitted, adding, “We didn’t talk. They were with their kids, and they were doing, like, crossword puzzles or just being cool parents. … I was so impressed, to this day, at how normal they were.” Says the celebrity. Hollywood is weird!

END_OF_DOCUMENT_TOKEN_TO_BE_REPLACED

END_OF_DOCUMENT_TOKEN_TO_BE_REPLACED
We and our partners use cookies on this site to improve our service, perform analytics, personalize advertising, measure advertising performance, and remember website preferences.Ok